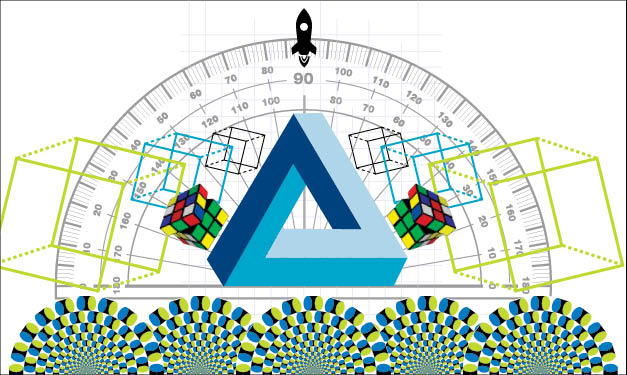 Picture this: Your baby is sitting happily in front of a TV set while colorful images set to classical music flash before her eyes. What she’s seeing and hearing nourishes her brain – building her intelligence even before she can utter, “Mama.”

That was the promise of various brain-boosting videos that became all the rage a few years ago. It was the era of Baby Einstein.

Then the idea behind the videos’ smarts-building power was debunked. The company that produced them even offered refunds to unhappy customers.

It’s no wonder that Baby Einstein videos became popular: They tapped into an idea psychologists have been exploring for years – that somewhere in all the research into how the brain works, aka neuroscience, there’s a key to increasing brain power – something parents could use with their kids to bulk up intelligence. Your kids can strengthen their muscles with more exercise, right? So why not their brains, too? Shouldn’t there be exercises for the brain?

Several companies, including Lumosity, now offer brain-training games built on just this idea – that the brain can be conditioned in the same way you would approach exercising your body. It’s mental fitness. But the real question is, “Do these games really work, or is this another craze that won’t stand the test of time?” The answer depends on whom you ask.

What exactly is ‘intelligence’?

To answer the question about whether brain-boosting games really work, you need to understand a bit about how psychologists approach intelligence. Experts see overall intelligence as the ability to solve new problems and the ability to learn, explains D. Zachary Hambrick, Ph.D., a professor of psychology at Michigan State University.

Here’s where things get a little complicated: Psychologists talk about intelligence as two different parts that work together, although they’re not entirely agreed on exactly how they work together. There’s general agreement on one part: crystallized intelligence. This piece of the puzzle is familiar for most of us. It’s the knowledge your child learns through experience. All those spelling tests and endless math flash cards? That builds up your child’s crystallized intelligence. She draws on that pool of knowledge to keep learning.

But what if science found a way to tap into fluid intelligence? To improve it through training – that would make big news. And it did.

The world of psychology was abuzz when a study seemed to show just that – fluid intelligence could be increased through training.

The 2008 study reported that playing certain brain-training games led to a rise in person’s IQ. In other words, there was a direct connection – “the more training, the more improvement.” Fluid intelligence was trainable.

So just how did these brain-training games work? They improved a person’s working memory. Think of working memory as a sort of mental blackboard in your brain that helps you keep ideas straight and your attention centered, so you can learn even in the face of distractions. The breakdown: Tapping into working memory in turn feeds into building your fluid intelligence, which then gives you a better overall intelligence. Whew! All of that adds up to this idea: Play the game and see your IQ scores climb.

“This is something that psychologists have been interested in a long time – brain training,” explains Hambrick. “In the last 10 years, there’s been a great deal of enthusiasm about neuroscience we can use. So when this study came out that sort of started this recent brain-training craze, it created a big stir. As a researcher I thought, ‘I’ve got to replicate that.'”

Hambrick, along with other researchers, tried to copy the study to see if they could mimic the results (a key step in scientific circles for proving that an idea holds true). They couldn’t. Other studies followed that pointed out flaws in the 2008 study. The main issue was this: Sure, people who used a brain-training game improved their test scores. But on one test. One skill. Those results didn’t seem to transfer into other areas. It would be like licking a strawberry lollipop and expecting that at some point you’d also be able to taste watermelon and cherry if you learned to lick the right way.

“You’re only testing proficiency in one single test,” Hambrick says. “When you make a claim about general intelligence, it means that they’re good about a lot of different tests.”

So what’s the takeaway for parents? After all, if brain-training games don’t really hurt a child, then why not give it a try? “There’s no substantive evidence that it’s worth the money,” says Robin L. Billings, Ph.D., a southeast Michigan psychologist. “They’re an experiment.”

Billings looked into brain-training games after receiving calls from curious parents wondering if they should sign their kids up for these types of online programs or others that are available locally. “I found these games were a mixed bag. There’s no indication that it works – that if kids go through this training that it generalizes into improved classroom performance. If it did, that would be wonderful.”

Billings’ conclusion for parents looking to help kids on their academic skills: “I tell parents that they’d be better off spending their time and money on a tutor.”

The time spent on brain training in place of other activities is a concern shared by Hambrick. “In my view, for kids, the harm is opportunity cost. Let’s suppose you spend 100 hours on this stuff. That’s 100 hours your kids could have been reading or playing.”

Gabriella Meyers, previously employed as a K-12 instructional technology consultant in Utica Community Schools, says brain-training products are not in use in that district, the second largest in the state. But she’s quick to point out that teachers do incorporate methods and strategies in the classroom that build working memory.

“For years, teachers have been using techniques that help build a student’s brain, but we don’t typically go searching for a one-stop game that trains intelligence. We look for good math games or reading games, but not one game that covers everything.”

In the classroom, Meyers explains that teachers are looking for a students’ level of engagement with the material as a way to show they’re learning, not analyzing a student’s intelligence.

“It’s not enough for a student to create something just for the teacher to grade,” explains Meyers. “The higher level of learning is when students are engaged in the material. They’re analyzing it, applying it and understanding it.”

In Meyers’ view, brain-training games might help children improve their intelligence, but they’re not a cure-all.

“If you’re trying to lose weight, you can diet, you can exercise, you can lower your stress. You need to balance all of those things to get results. It’s been proven in research that in elderly adults, if they engage in puzzles, it’s been shown to extend their alertness of the brain. The brain is elastic. I do believe those can help, but I don’t believe those are the single answer.”

The bottom line for parents? There’s no agreement about whether brain-training games really work. If your child plays them regularly, chances are her scores on the game will go up. But does that mean she’s improved her brain – and does it mean she’ll do better in school? Now that’s the real brainteaser.

Find out some ways you can help boost your child’s intelligence.

Take your kids to see and sing along with their favorite Disney movies at Lighthouse ArtSpace Detroit.
Read more
Travel