Buddy Benches at Schools for Kids in Need of a Friend

'Buddy benches' provide a respite and a pal for kids who feel alone at school. And, for one local family, it keeps their own young son's compassion alive. 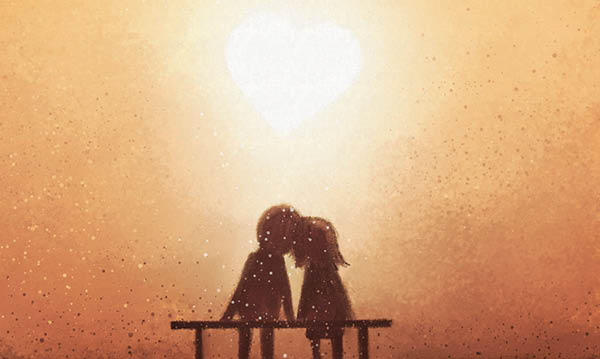 Almost 13 years after their 9-year-old son died in an automobile accident, Luli and Jim Montagano of Rochester Hills dedicated a bench to the school where Tony had been enrolled when his life was cut short. No ordinary seat, the bright blue “buddy bench” – it bears those exact words – rests on the St. Hugo of the Hills school playground in Bloomfield Hills and serves as a place for kids in need of a friend to find one.

It’s a fitting tribute to a boy beloved by family, friends and teachers and who possessed a wise-beyond-his-years ability to empathize with others.

“For Tony, there was no such thing as having too many friends,” Luli says. “He was a very gentle, compassionate and thoughtful boy.”

One of the first to pop up in southeast Michigan, this bench has a direct tie to another young boy – Christian Bucks of York, Pennsylvania. In late 2013, while working around her home, Luli caught a Today show spot featuring Christian, then 8, and his idea to bring a buddy bench to his school.

In the segment, Bucks explained that his family had been planning to relocate to Germany for his father’s job. While looking online at prospective new schools, he saw a photo of a bench where students in search of someone to play with could sit. Ultimately his family stayed in York, but Christian held onto that image.

“Later, I talked to my principal about bringing a buddy bench to our school, and he thought it was a great idea,” says Christian, who presented the finished bench to his classmates during a school assembly.

“That’s when I noticed that the story was posted on Dec. 2 – Tony’s birthday,” she recalls. “I knew at that point that Tony was sending us a clear message.”

The Montaganos worked with family and friends to design and inscribe a buddy bench that would reside in an area of Tony’s school playground that is heavily trafficked by the school’s youngest children. Its colorful design is not only inviting, but symbolic.

“The triangles represent unity,” Luli explains. “The different colors represent inclusivity for all irrespective of race or gender.”

Benches on a mission

The St. Hugo buddy bench is far from the only one to spring up after Bucks’ story aired on national TV. Locally, it’s in the company of two at the Hillel Day School in Farmington Hills. Second grade teacher Julie Tigay also came across Bucks’ story when it aired and was moved to bring a similar bench to her school.

“I remember thinking this could be so meaningful for the kids,” she says.

The arrival of the benches became an undertaking of Hillel’s entire second grade, whose students together raised funds to make them a reality.

“The benches teach kids at a young age to keep their eyes open for someone needing a friend,” Tigay explains. “It symbolizes other things besides not having someone to play with. It’s a meeting place for kids to feel safe.”

Christian’s mother, Alyson Bucks, estimates there are more than 1,000 buddy benches now in existence across the country.

“We get a lot of emails from people wanting to bring a buddy bench to their school,” she says. “And there are many others who create a bench without ever contacting us.”

Alyson doesn’t mind one bit. “We’ve been approached by people and playground companies wanting to trademark the concept,” she says.

The Bucks family has opted not to go that route. “It’s a beautifully simple idea from a kid,” she says. “We want every school to be able to create whatever they envision.”

At the dedication of the St. Hugo buddy bench back in September 2014, the Montaganos were joined by a group of now-young-20-somethings who made up Tony’s closest circle of friends. Each wore on his lapel a pin featuring Tony’s initials – the same pin they all wore on their eighth grade, high school and college graduation days. This same monogram is inscribed on the lower right corner of St. Hugo’s buddy bench as a reminder of the boy whose kindness continues to inspire.

“After Tony died, his classmates wrote us beautiful notes about him,” Luli recalls. “They wrote about how he always encouraged them and was a friend to each of them. He taught us so much in his nine years – perhaps most importantly never to doubt a small act of kindness.”