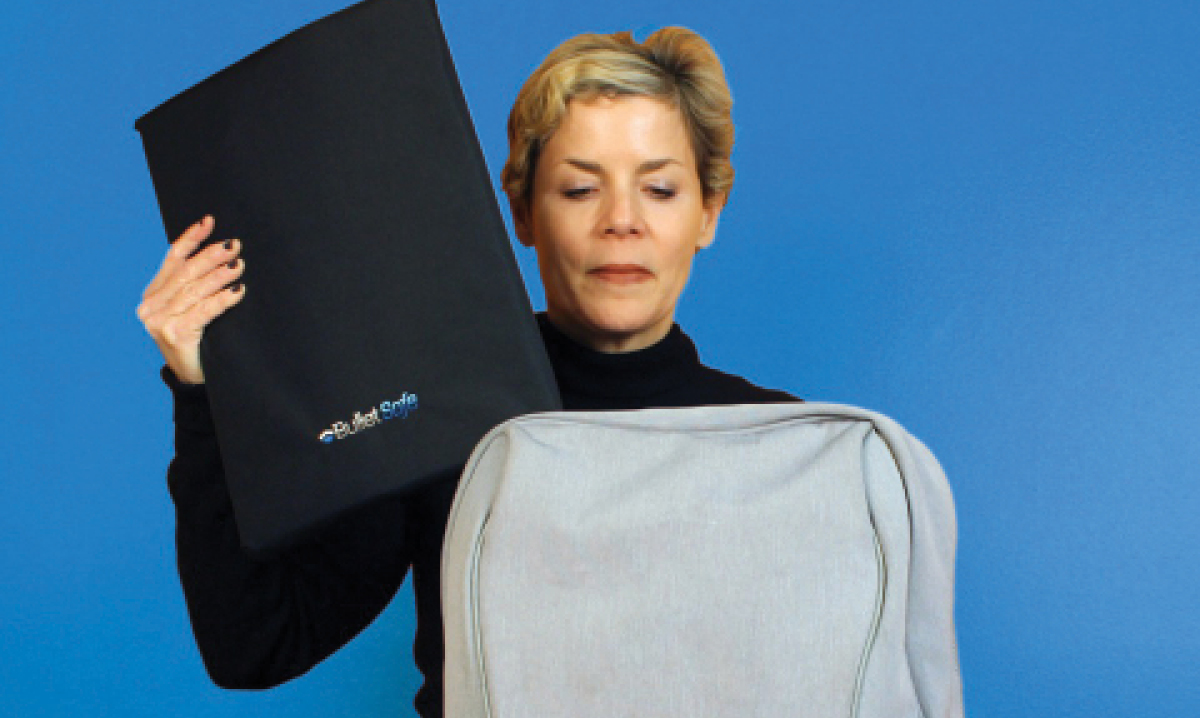 Tom Nardone, a Troy father of three, really doesn’t want his product put to the test. But in light of recent tragic events, his company is offering a protective panel for backpacks that’s been selling out.

“Protecting kids isn’t our main business,” Nardone says. “But we designed this product for people who are concerned for their kids.”

After the 2012 Sandy Hook Elementary shooting, Nardone saw parents were buying bulletproof backpacks for upwards of $300.

“You could buy one of our bulletproof vests for that much,” says Nardone, who owns a company called BulletSafe. So he started a GoFundMe for a lightweight panel that easily slips into a backpack, computer bag or briefcase – and, his website says, stops almost all handgun rounds, including .44 magnum.

The polyethylene panels are guaranteed for five years. “I have kids. They get new backpacks because they wear them out yearly.”

His kids – Michael, 13, and Mark and Margot, 11 – even help with online promotions. “My daughter is so cute in the video, I think,” Nardone says. “Cracking an egg on it to show it’s washable.” And his older son recently invented a bulletproof bandana to protect the face and neck (a patent is in the works).

“Our bulletproof vests have saved six people,” says Nardone. “We are happy to help anyone who wants to protect their kids. Hopefully, they will never get used.”

Purchase the BulletSafe Bulletproof backpack panel for $99 at bulletsafe.com.

Brought to you by YMCA of Metropolitan Detroit
Read more
Attractions

Planning your family fun for the month? Metro Parent has you covered with the best upcoming events in Macomb, Oakland, Wayne and Washtenaw counties.
Read more
Travel