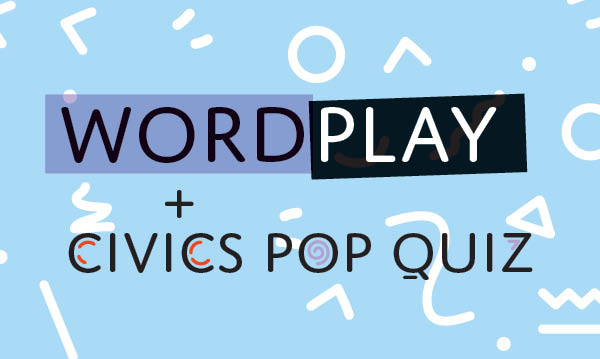 By May 1, 2018, your high schooler will have to know when the Constitution was written in order to get a high school diploma. A new Michigan law requires teens pass the U.S. Citizenship test as part of their required one-semester civics class. Ten questions are pulled from a 100-question bank, and at least a 60 percent is needed to pass. These range from (hopefully) easy questions like “Who is the U.S. President?” to historic brainteasers. Below is a possible test. Would you pass? See answers at the bottom of the page.

1. How many amendments does the Constitution have?
2. We elect a U.S. senator for how many years?
3. If both the president and the vice president can no longer serve, who becomes president?
4. Who is the chief justice of the United States now?
5. When is the last day you can send in federal income tax forms?
6. When was the Constitution written?
7. What territory did the United States buy from France in 1803?
8. Before he was president, Eisenhower was a general. What war was he in?
9. Why does the flag have 13 stripes?
10. The Federalist Papers supported the passage of the U.S. Constitution. Name one of the writers.

(See answers at the bottom of the page!)

Now, it’s time for vocab revamp! To ensure your lexicon is primed for tantalizing tête-à-têtes and babbling blunders, here are some words to ditch and revive – compiled by Lake Superior State University and Wayne State University, respectively.

Bigly
In the 19th century, this adverb referred to things that occurred “in a swelling blustering manner.” After the 2016 election, it became synonymous with “a lot.”

Ghost
Once apparitions long gone from earth, now, ghosts are still alive. They just abruptly stopped messaging you back. Ex: “We really needed him for our class project, but he just ghosted.”

Dadbod
A special-edition version of the male physique featuring flabs overshadowing abs and rolls both for dinner and on body.

On fleek
On-point, perfectly executed or incredibly good looking. Originated with eyebrow grooming but has gone on to be applied to basically everything else. Ex: “My kid’s grades this semester are on fleek!”

Acedia
Instead of simply saying you don’t care, you can be a spiritual or mental sloth. Refers to extreme apathy, lacking interest, enthusiasm or concern. Ex: “You need to get out of this state of acedia and focus on your math studies.”

Blithering
This word can be used to describe a talkative person’s senseless rambling, especially when you’re irritated by them.

Mugwump
Someone who remains independent or aloof about their politics, especially when it comes to identifying with a specific political party. Ex: “The teacher wanted to avoid conflict in his class, so he told his students he was a mugwump.”

Bombinate
An alternative to the words “buzz” or “hum.” Would you rather an insect buzz past your ear or bombinate through the air?

Take your family to play putt-putt at one of these unique indoor spots.
Read more
Outdoors