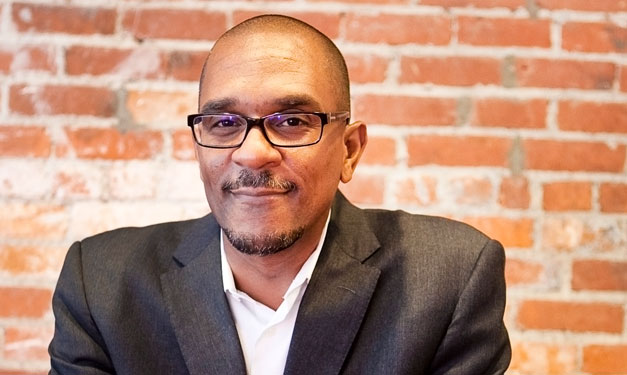 Improving Detroit schools and getting the entire city’s school-age population in a great school by 2020 is no simple task.

But Dan Varner, 44 – dad to Joel, 15, Serena, 13, and Lauren, 7 – has made educating local kids his life’s work. He’s the secretary of the Michigan Board of Education, and at his day job as chief executive officer of nonprofit Excellent Schools Detroit, Varner and his team are dedicated to giving all of the Motor City’s children an equal chance at a quality education.

“I’m very passionate about three things,” says Varner, who will have been CEO of the organization two years in September. “One is youth development and kids generally – and creating healthy, safe environments for our kids to grow up in.” The second? The city itself and “seeing it be a great place to be a child and raise a family.” Mix that with reason No. 3 – “a passion for education” – and ESD is the perfect fit.

Because Varner says education gave him a lot of opportunities, he’s “really grown to believe that education is one of the most important public services that we provide as a country,” he says. “Especially to kids growing up in cities like Detroit.”

On Aug. 7, Excellent Schools Detroit released its 2013 scorecard, putting 149 schools in the spotlight by giving them letter grades – something never done before.

“The scorecard literally took two years,” Varner says. Although ESD’s coalition had released scorecards, this is the first year it ranked the city’s schools by letter grade. It also evaluated schools on academic progress, growth over the school year and the school’s climate.

Formed in 2010, nonprofit Excellent Schools Detroit strives to improve education for Detroit kids. By 2020, it wants every student in a quality school. The plan: have 90 percent graduate high school, 90 percent go on to post-secondary and 90 percent succeed sans remediation. Each year, ESD releases a scorecard ranking schools. Read more on the 2013 scorecard.

Varner’s arrival certainly played a role in increasing the scrutiny.

The native Detroiter, who now calls the Bagley neighborhood near Marygrove College home, says “Detroit’s been great to me,” but he recognizes that it’s not always an easy place to raise a family.

“That’s really why a tool like the scorecard is important,” he says. “It helps to level the playing field.”

Although born in the city, the education aficionado says he was “raised in paradise.” When he was just an infant, his dad took a job at an oil refinery in St. Croix, U.S. Virgin Islands. “Literally, my first memories are rainforests and beaches,” he recalls.

Around the time he was entering second grade, his family moved to Robinson, Ill., where he says he and his sister desegregated the schools. The family eventually moved back to Detroit when he was in fifth grade.

Although it’s hard to believe, having a hand in education wasn’t always on Varner’s docket. After earning his law degree from the University of Michigan, he worked as a lawyer doing “union-side labor and employment work.” He also worked in criminal law, where he says he saw a lot of young men head to prison and leave families behind.

“I think it became really clear to me while I was doing that work that if we did better by our kids in our education (system) that it would have dramatic impact … on our community as a whole,” he says.

He went on to co-found Think Detroit Inc., which merged with Detroit Police Athletic League to become Think Detroit PAL. Here, thousands of youth participate in high-quality recreation programs. Although it’s not his full-time gig anymore, he’s still on the board of directors at today’s Detroit PAL.

Varner continued his work with youth as a program officer at the W.K. Kellogg Foundation before taking the helm of Excellent Schools Detroit.

What’s next for Excellent Schools Detroit? Varner says the group will be releasing an early childhood education version of the scorecard in the fall, and also a print version of the current scorecard for parents without web access.

And after impacting the lives of countless other children at work, Varner goes home to his three kids. Their favorite thing to do as a family? “Might be a board game. We’re a pretty big board game family. Something like Ticket to Ride.”

Favorite Detroit landmark: Belle Isle. “It’s just a beautiful place – and there are not too many places where you get to watch the sun rise and set over water.”
Favorite restaurant in Detroit:  Russell Street Deli in Eastern Market.
Favorite Detroit team: “It’s the Tigers, for sure.”
Favorite quote: “‘Anything is possible.’ I really believe that.”
People who inspired him: His grandfathers. His mother’s father was a lawyer and dean of North Carolina Central University School of Law. His father’s father moved to Detroit during the Great Migration; he was struck by lightning and became disabled, yet he and his wife raised nine successful kids. “The combination of those two men in particular and their journeys and their legacies – it’s powerful to me.”
Share
Facebook
Twitter
Pinterest
Email
Print