Keeping super-smart children engaged, motivated and accepted can be an incredible challenge. Learn how to help your gifted student. 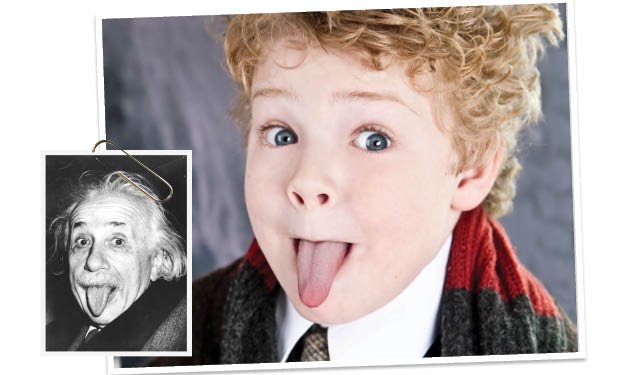 Alison Kenyon looked forward to the start of school for her son, Emmett. “I just assumed he’d take the world by storm,” she recalls of Emmett entering first grade last year.

Emmett had always been advanced for his age. “He is not the ‘typical’ gifted child, if such a thing exists,” explains his mother. “The clues for giftedness were his enormous vocabulary, ability to pronounce five-syllable words correctly in addition to using them correctly, his ability to hear something once and repeat it verbatim.”

But instead of receiving glowing reports about her son’s achievements, she’d get phone calls from school about Emmett’s bad behavior. When Kenyon went to her son’s first parent-teacher conference, the teacher didn’t attend. The principal met with her instead and detailed Emmett’s regular outbursts. “My sweet little boy had become this angry kid,” remembers Kenyon. “He wouldn’t eat. He stopped using the bathroom. He became so depressed he wouldn’t get out of bed.”

The problems escalated to the point that Kenyon decided to take Emmett out of school. She then had to take time off of work to help sort out Emmett’s needs; this included visits to various psychologists and school administrators.

“One of the most frustrating elements of the whole experience was the idea always seemed to be to change his behavior through force or medication,” Kenyon says.

Along the way to discovering what Emmett needed, Kenyon came across Steppingstone School for Gifted Education in Farmington Hills. She contacted the head of school, Kiyo Morse, and arranged a visit.

“On the way home from the school that first day, my son said something I never thought I’d hear from him: ‘I think those people are nice’ and ‘I think I can go there again.’ My son is full of intensities that are hard to understand, and there he found people who were accepting of him,” explains Kenyon.

Kenyon’s experience highlights the difficulties that many parents of gifted children face in raising their children – that understanding the needs of highly intelligent children isn’t easy, and there isn’t a one-size-fits-all approach.

What does it mean to be “gifted”? While the question at first appears simple, there’s no one answer. Morse, who’s helmed Steppingstone for more than 30 years, says, “The definition of ‘gifted’ came originally from individually administered IQ tests, such as the Wechsler, where it was defined as one standard deviation from the top, or the top 2.5 percent. The lower boundary was an IQ of 130.”

The National Association for Gifted Children, or NAGC, offers, “Gifted individuals are those who demonstrate outstanding levels of aptitude or competence in one or more domains.” And yet NAGC points out that the definition is fluid: “Even within schools, you will find a range of personal beliefs about the word ‘gifted,’ which has become a term with multiple meanings and much nuance.”

The NAGC estimates that 6 percent of the total school population (grades K-12) is academically gifted. Here in Michigan, the NAGC reports that 58,090 children were identified as gifted for the 2010-11 school year, the most recent year in which data is available. But there’s no agreed-upon definition of giftedness for the state, nor any mandates to identify gifted children – so those figures may be misleading.

Marcy Sznewajs suspected that her oldest son, Lucas, was gifted when he was just a toddler. At 18 months, her son could recite the alphabet and would do math problems for fun. “For me, recognizing his abilities was not so much a point of pride; it was more, ‘Now what should we do?'”

It’s a question many parents of gifted children ask, since their children don’t tend to develop as most children do – with their physical, emotional and intellectual abilities happening at a regular, even pace.

Gifted children experience what’s called “asynchronous development,” or out of sync. So a gifted child may have amazing skills in math and yet struggle with reading. Still, there’s a perception – and expectation – that if a child is gifted, he or she will be advanced in all areas of academic and emotional development.

This out-of-sync development can lead to frustrations for the gifted children. For example, a gifted 6-year-old may be able to perform trigonometry with ease and yet struggle to understand why his motor skills aren’t as advanced as his math abilities.

A gifted child might also be driven to learn about just one thing. And that interest can become all-consuming. Another one of Sznewajs’ sons who was identified as gifted enjoys sports with a passion that’s hard for others to understand. Sure, he likes watching games, but it goes far beyond being a fan.

“We were at a friend’s house when he was just 6 and all of the kids my son’s age were outside playing; Peter was inside watching a Michigan State game,” she recalls. “They were losing at halftime when we had to go, and I had to carry out this sobbing, crying boy. He was just so upset. It’s not just that he knew every single game and every single sports statistic. He knows it, and he cares about it. He’s very much affected by how things go, how teams play; it’s all-consuming for him. I just don’t see that as being typical.”

There was nothing Sznewajs could do to console her son who, in the end, fell asleep. Now 10 years old, her son still gets emotionally wrapped up with sports teams’ performances, but “his falling to pieces is usually just for the big games.”

Gifted children’s emotional and intellectual intensity can make it hard for them to fit in with other children their age. “It’s heartbreaking,” says Sznewajs of watching her sons seeking out friends and then having trouble connecting.

“It’s not that they’re better than any other kid; they’re just different.” As a parent, she found it was important to support her son’s interests instead of pointing out ways he might be able to fit in with other kids his age.

“The more you try to change them, the more they get in their heads that there’s something wrong with them,” she says. “That’s not the message I want to give my son.” So instead of suggesting a different outfit when her son steps out decked in complete Detroit Lions’ gear (knee pads included), she holds back.

“You’ve got to be careful. The more you battle about small things like that, what you’re really telling your kids is that ‘you’re not good the way you are.’ I explained, ‘You might not get the reaction to your outfit that you think you will; if it’s OK with you, it’s OK with me.'”

Often the biggest obstacle that gifted children face is finding where they fit in at school. Many gifted children aren’t challenged academically at school, and instead float through classes and deal with their boredom in any way they can. Some sit and read, others daydream, some get angry, still others tune out of class entirely.

“In a regular classroom, gifted children are often pushed aside because they get it,” explains Andrea Osbourne, a teacher at Gallimore Elementary in the Plymouth-Canton Community Schools (PCCS) district. “Once they complete their work, they’re reading.” It can be a big wake-up call for them when they do encounter academic challenges, notes Osbourne, who helps usher in kids to the talented and gifted program at PCCS.

“There’s a few ways that public schools go about gifted education,” says Osbourne. “We have a pull-out program at PCCS where gifted students identified in second grade go to one of two schools in third grade with dedicated Talented and Gifted (TAG) classes.”

Other common public and private school options include having a gifted-education teacher visit a classroom and teach a few students. Or some school districts have gifted children attend classes for part of the day or maybe one or two class periods.

The pull-out approach has worked well for PCCS, in Osbourne’s view. The district nearly doubled its gifted program just this school year, adding classes and increasing the number of students who participate in TAG.

When asked how teaching gifted students differs, Osbourne says it’s more about what the students bring to the classroom than anything else: “I’m more of a guide. I could ask one question, and the kids could talk about it for 20 minutes. It’s a popcorn effect as the students just bounce ideas off of one another. In a regular classroom, these kids may have been mocked for their comments. Here, they’re just so excited to be able to share.” She also notices that in her TAG classes, kids tend to be more accepting of each other’s differences and intensities, too.

In Cathy Wilmers’ class at The Roeper School in Bloomfield Hills, which is dedicated to teaching gifted children, students are given more opportunities to choose the classes they want to attend based on their interests. Her approach to teaching also differs widely based on the needs of her students, which she describes as “across the gamut.”

“Some of these children are highly able to communicate, and other kids have trouble with that,” says Wilmers. Her students tend to take simple concepts and expand them, tackling big ideas. For instance, during one discussion of the math concept of a googol, some of the children delved deep into the idea of a number with so many zeroes. “They were really thinking through that idea of the number, and for some it was even disturbing.”

At Steppingstone, Morse explains that children are placed in classes according to ability, not age. So a second grader may be able to take a college-level math class, if that’s where she fits academically. Subjects tend to be integrated and hands-on. Steppingstone also tries to teach social and emotional skills to help gifted children succeed.

She says there’s a misconception that gifted children are self-motivated and always attentive and engaged in class. Morse recalls a recent experience with a substitute who wasn’t used to working with gifted children. A few students from her class made their way to Morse’s office to report a problem.

“The kids were dancing on the desks,” says Morse. “I talked to her later and she said, ‘I thought all gifted kids were motivated, independent learners and they did everything right.’ I told her, ‘They’re kids just like any other kids. They can get in to trouble. But they’re just more creative about it.'”

From Kings Island to Medusa's Slidewheel and more, here a few last-minute excursions to enjoy with the kids before the new school year.
Read more
Indoors