Many teens say they feel sluggish and stressed in class. Learn how to help them manage these negative feelings. 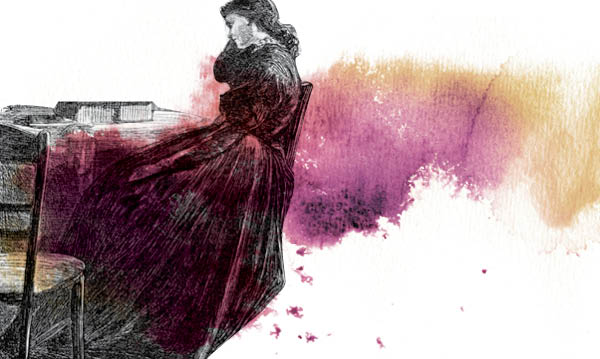 Tired, bored and stressed. These are the top words 22,000 teens used to describe their feelings during the school day in an online survey last year by The Yale Center for Emotional Intelligence and Lady Gaga’s Born this Way Foundation. All told, a whopping 75 percent of these students described their emotions negatively.

There is an upside, though. Those same kids said that they want to feel “happy,” “energized” and “excited.” What can parents do to help get them there?

Dr. Kathryn Fessler, medical director of The Corner Health Center in Ypsilanti, which serves ages 12-25, offers insight on helping teens face these feelings – and keep them in check.

“The youth feel as though they are very socially connected because they have 1,000 Facebook friends and 400 followers on Twitter and Instagram,” Fessler says. But “They’re not connected in an interpersonal, live way – the way teenagers generations ago were.” Kids text or get on social media to cope with emotions, which doesn’t have the same positive effect, she explains. Getting your teen to join some extracurriculars can counter this trend.

“Join at least one, but preferably two, after-school activities,” Fessler says. “The activity itself is less important than going to school and seeing people.”

Encouraging a relationship with another adult can help, so kids have someone other than their parents to talk to. “Most teens trust their parents and value their parents’ opinions, but don’t always want to talk to them.”

Get up and move

“We have really good scientific evidence that one of the most effective mood-boosters for human beings is physical activity,” Fessler says. A daily activity like riding a bike, taking a walk or joining a team at school can spur positive feelings.

Add another element by getting out and helping others. “A great way to prevent negative emotions from overtaking your life is to do something for someone else.” If you can get them to do an activity with you, that’s even better.

For teens, processing emotions can be more difficult than it is for adults or younger kids. “If you ever watch a 5-year-old get mad, they are very likely to move through that negative emotion, but teens don’t recognize that it’s a fleeting thing.”

When she works with teens, Fessler encourages a process called mindful management to cope. “Experience the emotions, sit with your negative emotions, feel it and then move on,” she says.

During the daily grind, if negative feelings get a grip, kids have options.

“If it’s a very strong, bad emotion, they should ask for permission to go to their school’s safe place,” Fessler says; usually that’s a counselor’s office. If it’s situational, such as a problem with a teacher or peer, “The No. 1 piece of advice is to remove from yourself from the situation.”

What about “mild” feelings – they’re bored or just don’t want to be there? “They should concentrate on their breathing,” Fessler says. “Closing your eyes and pretending that you are somewhere that you like to be. Doing this for even two minutes will deescalate the hormones that cause the negative emotion.”

If you suspect your child is having problems dealing with their emotions – perhaps they are sleeping too much or not enough, no longer enjoying things they once loved or eating too much or too little, it may be time for a medical professional.

Start by talking to people at school to find how your teen is doing, Fessler says. Then, seek out a therapist, pediatrician or adult your teen is comfortable talking with.

“Even the most healthy of us should talk to a therapist every once and a while, and mental health programs for teens are common; part of a statewide initiative,” she says. “Many parents feel very alone when their teen seems gloomy, but you don’t have to be alone with it.”