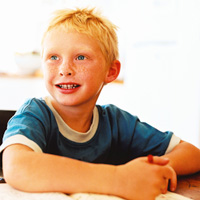 When I was in sixth grade – long, long ago – my school district made a big change. We’d been getting letter grades from the start, but they suddenly decided that letter grades might create too much stress for young children, so the district implemented a complicated system of checks and different letters: "O" for Outstanding, "S" for Satisfactory. All of the parents were confused. Some were angry. ‘Why change a system that works?’ they wondered. But those were the experimental ’70s. And it didn’t matter to me. Soon I was in junior high school and back to the ABCs.

I wasn’t surprised by the variation on grades when my girls started elementary school. Each check – plus, O, S and P – seemed very quaint. My little girls were doing the best they could, and I was supportive of their efforts.

Then, at the end of third grade, my daughter’s teacher started to give a smattering of "real" grades to accustom the kids and parents to the concept before fourth grade, where they would use letter grades with a vengeance.

It took a little work at first.

"You couldn’t have gotten an A?" I said, then slapped my hand over my mouth. Where on earth had that come from? A B+ is a perfectly respectable grade. It was her first grade ever. Why did I respond exactly as my father would have? Considering I still remember every grade-related hurt EVER, I thought I’d better take that back real quick. I told Patti a B+ was great and that in fourth grade we would work hard to keep getting such good grades.

When my husband came home that night, Patti rushed to him and reported her B+ with pride. Sadly, she got a similar response.

I guess we all have that desire to raise brilliant, all-A students. We get locked into the idea that their entire future happiness depends on those As and Bs. But there are things just as important as grades in elementary school. Are my kids happy? Are they socially fulfilled? Have they found a passion? Are they becoming independent young people? I’m trying to focus on ALL of those things, not just the ugly Grade Monster.

And truthfully, I don’t really hate grades. I’m just not fond of the way they have sometimes made me feel, both as a student in the olden days and now as a mom. But I get it. They’re not really something you can base your whole self worth on.

So in the future, I’m going to think before I react to my girls’ grades.

And maybe it’s a good lesson for me as a parent, too. Grousing and complaining about their grades after the fact won’t do any good. I want to set them up for success. So instead I’m helping them with their schoolwork to the best of my ability, with the hope that they’ll get the best grades they can. Even if that means working with Patti on that %&^$# fourth grade geometry!

At this formative age, their grades are really my responsibility, too.