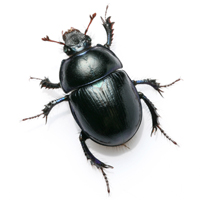 My daughter Patti recently asked me what I had wanted to be when I was little. I dreamed of being a veterinarian, because I wanted to work with animals every day.

But if I hadn’t changed my mind before high school, that idea certainly came to screeching halt in biology class where we had to dissect a baby pig. Yuuuuuck! Thankfully, my lab partner agreed to do the cutting. I decided then that I’d prefer to look at animals from the outside only, thank you very much.

Of course, students experience everything earlier these days. When Patti told me she’d be dissecting a sheep eyeball at her school’s Spring Showcase event in second grade, my knees got a bit wobbly. I was impressed by her enthusiasm, though, and figured, "Better her than me!"

The time came and Patti relished digging out that sheep cornea and iris, but the first snip of the scissors spewed a cloud of formaldehyde, turning her little face all red and making tears flow down her cheeks. Like a downed soldier, she turned and handed the scissors to me. I tightened my jaw, noted all the dads taking a giant step backward, and cut up that eyeball till Patti could view the retinal wall. What I couldn’t do for myself, I did for my kid, right?

When Patti asked me a couple months later if she could bring home the class beetle she’d raised from meal-worm stage (ew!), I figured anything’s better than digging in sheep’s eyeballs.

We fed that darned beetle for months – apple and potato slices, bran flakes and tomatoes. As if the cats and fish weren’t enough, we had a little half-inch pet to worry about, too. And when her bug died, despite our tender care, Patti cried all afternoon.

Two years later, I agreed to take Suzi’s beetle in. Suzi is a little more intense about it, thinking the beetle, named Carissa, needs new fruit every day. I talked her into alternate day feedings, as I care for all the other pets, now including a puppy.

The other day I was chatting with two moms, Trish and Becky, outside our daughters’ ballet class. I mentioned all the work it takes to keep the beetles alive.

"We set our beetle free," Trish said, a sparkle in her eye.

"So did we," Becky said, surprised at the coincidence.

But I didn’t get it. I thought perhaps they were talking about their older kids. Our second graders all received their beetles right before Christmas.

"Well, you can’t release them this time of year," I said.

"We waited for a warm day," Trish smiled… more twinkling. A warm day in December? I wondered.

"Yeah, there was that sunny day," Becky agreed.

"We decided we didn’t want to feed it," Trish said. "I told the girls he’d be fine."

I sat there, sorta feeling like I was nicer than them, not setting Suzi’s beetle free with a wave goodbye, on its way to a certain death. But I also sorta felt like a chump.

Why hadn’t I thought of that!?

When Suzi came out of class, I told her what the other girls had done and she smiled and gasped, all warm with peer-pressure possibilities. "Maybe we could do that too!" she squeaked.

I smiled back, knowing I’d never have the heart to do it. We’ll be feeding Carissa for months to come.

When I shared the whole tale with big sister Patti, she said, "Guess what!"
"What now?" I moaned.

"Next year we get to dissect a cow’s heart!"

Grab your sweatshirts, round up the kids and head to these fab October festivals.
Read more
Advice