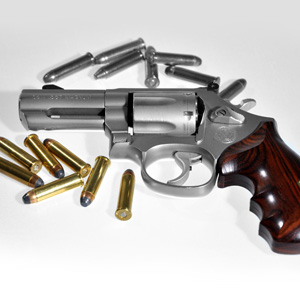 The choice of whether to keep guns in the home – especially homes with children – has been debated by anti-gun and pro-gun groups and individuals for years.

Since Dec. 14, when a gunman made his way into Sandy Hook Elementary school in Newtown, Conn. and killed 20 children, several adults, his mother and himself, gun safety and how to talk to kids about guns has been a hot topic.

Although massacres like this don’t happen every day, and the rate of firearm-related deaths has declined in the past 20 years, according to the American Academy of Pediatrics, “it is still one of the top three causes of death in American youth.”

Whether you align with the pro-gun or anti-gun side of the argument, it’s important to keep the little ones in your families safe. Here’s what you need to know about proper gun storage – and how to teach your children about firearm safety in case they encounter a gun.

In October, the AAP renewed its stance on firearms, vowing it’s committed to reducing childhood gun injuries and deaths by supporting legislation that would prevent such occurrences.

“The safest home for children and teens is one without guns,” the AAP said in a press release about the announcement. “If there are guns in the home, scientific evidence shows the risk of injury or death is greatly reduced when they are stored unloaded and locked, with the ammunition locked in a separate place.”

The AAP notes that “an estimated 38 percent of American households own guns,” and in homes with kids and teens under 18 years old, “many of those guns are stored loaded and/or unlocked.”

In March of 2012, following the murder of Florida teen Trayvon Martin, the Children’s Defense Fund http://www.childrensdefense.org/ compiled a report called Protect Children, Not Guns 2012 to shed light on the number of deaths and injuries in children and teens caused by firearms nationwide.

According to the data collected from sources like the U.S. Centers for Disease Control and Prevention, the U.S. Department of Justice and others, approximately 5,740 teens and children died in 2008 and 2009 combined due to guns. The Children’s Defense Fund also found that 34,387 youth suffered injuries due to guns during those same years.

The Protect Children, Not Guns 2012 report also notes that Michigan ranked No. 4 on the list of top 10 states with the highest per capita homicide and suicide deaths among teens and children in 2009.

Lindsay King, mom of two from Lambertville, Mich. (in Monroe County) grew up in Dundee with guns in the home. In 2002, her 17-year-old brother used one of the guns to commit suicide.

“My parents were devastated, obviously, on all levels,” she says.

King says from that day, she thought she would never allow handguns in her home.

When her husband, who is a hunter, wanted a handgun, she stood against it. But a few months ago, she decided he could have one. They keep it locked up in a safe, she says.

After having a scary experience thinking there was an intruder in her home, King remembered the gun in the safe, and armed herself with it for protection.

“In a moment of real doubt for my safety, I was very happy to feel empowered,” she says.

The “intruder” turned out to be her father. King says although some people could argue that she could have shot her dad, she adds, “as a responsible adult, I kept a cool head and acted on instinct, which was to follow as much caution as the situation would allow.”

King says now, she is “for guns in the home,” but “when the right precautions are taken.”

As for her children, she says that she’s made her 8-year-old daughter and 5-year-old son aware of the dangers of guns, although she hasn’t told them about their uncle’s suicide. King says she’s used example scenarios to demonstrate what the kids should do if they come in contact with a gun at home or at somebody else’s home.

“I know my children are safe in my care, in my home – but what about someone else’s home? Have all of my son’s and daughter’s friends been taught about gun safety, as well? That is a question that I cannot answer,” King says. “A question I always ask is, ‘Do you have guns in your home, and if so, are they locked up?'”

Educating kids and keeping them safe

Even if you don’t decide to keep a gun in your home, kids and teens need to be made aware of the dangers in case they encounter a firearm in a friend’s home.

The National Rifle Association’s Eddie Eagle GunSafe Program teaches kids and parents in schools, libraries and through law enforcement about gun safety. Parents can also order educational materials from the program for their home. Eric Lipp, program manager of the Eddie Eagle GunSafe program, says the program was created in 1988.

“We want to make sure that kids do have the knowledge on what to do” and “how to do what’s right” if they encounter a gun, Lipp says.

The NRA Eddie Eagle Program suggests parents start talking with their kids about gun safety as soon as they show an interest in toy guns.

“Talking openly and honestly about gun safety with your child is usually more effective than just ordering him or her to ‘stay out of the gun closet,’ and leaving it at that,” the NRA says on their site. “Such statements may just stimulate a child’s natural curiosity to investigate further.”

Parents should also explain the difference between real guns and toy guns in case kids come across a real gun – and make the mistake of picking it up thinking it’s a toy, the NRA notes. Children should be taught to leave a gun alone if they find it, and tell an adult about their finding.

“It is a parent’s responsibility,” Lipp says.

HealthyChildren.org, an AAP affiliated website, says the best way to keep your child safe is to “NEVER have a gun in the home.”

But for parents who do keep one in the home, experts recommend taking the following precautions:

It’s also useful to know what the firearm laws in the country and your state are in case you decide to own a gun and keep it in your home. Find out what the requirements, instructions for license application and federal laws are on the Michigan State Police website.

Note: The reporting in this article was done in October 2012.