Making Bullying a Crime in Detroit 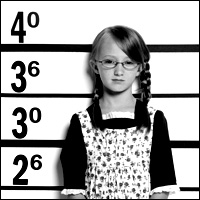 The City of Detroit has taken a new approach to combating bullying: criminalizing it. In November 2011, Detroit City Council voted unanimously to make bullying anyone under the age of 18 in the city a misdemeanor crime.

Council member Saunteel Jenkins, who sponsored the legislation, sees taking action against bullying as the first step in fighting other crimes.

“Bullying is, from my perspective, a large part of preventing youth violence,” she says. “Much of the more serious violence we see that happens in and out of schools starts with bullying.”

While many schools have anti-bullying programs in place to curb such behavior, she wanted to go one step further in making bullying a crime to give parents another option when the school cannot do enough to protect their child. Additionally, schools’ vague definitions of bullying hindered school staff from protecting students to the best of their ability.

“They were having difficulty addressing (bullying),” Jenkins says, “because it was not clearly defined.”

One thing she wants to make clear, she says, is that the ordinance does not seek to criminalize youth, but rather to help them learn about the harms bullying causes. She is seeking for juvenile judges to give convicted kids counseling and community experiences so that they can grow and learn from their experience rather than only be punished.

One significant aspect of the ordinance is that it includes cyberbullying, which many schools have difficulty addressing because it occurs off of school property.

Discover tips to end bullying for all kids.

“We are in a different world than when I was in school,” Jenkins says. When she was bullied in school, she says, the torment ended at the end of the day. “Nowadays, with Facebook and Twitter… as well as email and the Internet, the bullying follows you home.”

Not only does the bullying follow children into their homes, she says, but it can now reach a larger audience – and is more permanent than ever before.

The ordinance preceded statewide legislation signed by Gov. Rick Snyder in December 2011, which declared that all schools that do not currently have an anti-bullying plan must enact one within six months. Unlike that law, which only affects public schools, however, Detroit’s ordinance covers the entire city.

“So if you were in a park, if you were at a recreation center, if you’re getting on or off the bus, you’re still covered,” Jenkins says.

With this ordinance, which Jenkins says is unique to Detroit compared to any other city in the U.S., Detroit has taken a firm stand against bullying. It remains to be seen whether other southeast Michigan cities will follow in its footsteps in enacting similar legislation.