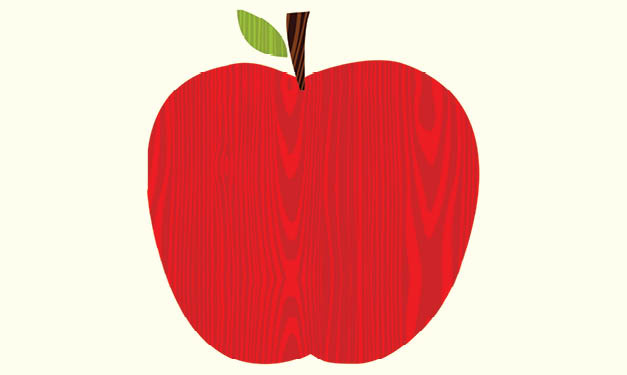 Teachers spend five days a week (and sometimes more than the allotted hours of a school day) with our kids. While filling their heads with knowledge, they’re also inspiring them with support and encouragement and preparing them for life beyond the classroom.

Find out what other southeast Michigan teachers were nominated for our 2014 Top Teacher Awards!

For that, we owe these educators a big thank you. Earlier in 2014, southeast Michigan parents (and a few students!) told us which local teachers deserved recognition, so this month we’re highlighting two of those outstanding educators. Meet this year’s very special Metro Parent Top Teachers.

A student nominated her teacher Regina Dunn for Top Teacher and opened her submission with this metaphor: “Dear Metro Parent, Mrs. Regina is The Cheesecake Factory of teachers. Every day is rich and interesting and, most of all, different from the day before.”

It was clear Dunn had made a lasting impression. The fourth- through sixth-grade teacher at Dearborn Heights Montessori Center does, in fact, strive to make the lessons exciting and engaging.

“The meld between the passion as well as the Montessori philosophy is really easy for me,” explains Dunn, who has been at the school for 15 years. “I love being creative. I love what the classroom permits.”

Around Halloween, the students blew up pumpkins. The kids learned about the scientific elements by creating rainbow fire, burning calcium, copper and more to see what color it produced. “Science is a great way to get that spark and excitement,” she says. Every fall, she brings out a scarecrow named Scarecrow Bob, and the activity changes each year when he comes around. This time, kids made full-sized scarecrows to put in their classroom garden and wrote a narrative to go along with the project. In the garden, students grew morel mushrooms and the class made a risotto with them. When it’s warm outside, the students read poetry in the park, complete with snaps instead of claps.

“We just try to attack that curriculum in so many different methods, so that we’re reaching all the children,” she says. No matter the subject, Dunn, collaborating with her assistant teacher Kathy Ward, finds a way to make it interesting – and practical, too. “One of my biggest passions is ongoing learning. Just learning from life and practical experiences. So I try to incorporate a lot of that into my teaching.”

Hanan Fadlallah, whose daughter Lana is in sixth grade with Dunn this year, also nominated Dunn for Top Teacher, partly because of her focus on practical learning.

“She makes an effort to always create occasions in the classroom and the child loves that,” she says. For Thanksgiving, the kids were set to cook a turkey in class. “(There are) so many real-life things that help build that relationship with the teacher that you don’t get in the other classrooms.”

Fadlallah says Dunn always has energy, which makes the classroom a pleasant environment. Plus, she has an ability to relate to each child.

“She is so good at understanding what they are going through. She relates to them in a way that is amazing,” Fadlallah says. “For a teacher to be able to do this with every child in her class, that’s a skill.” For Lana, it’s through sports, she says, since Dunn is athletic too (she coached softball for more than 20 years).

“She has been a major influence in helping her grow individually, helping her be more independent,” Fadlallah says, noting Lana tended to worry and panic in the past. Dunn has taught her ways to calm down and overcome issues in the class. “I feel like she’s overcome this quality in her – and that’s because of the teacher.”

While it’s important to Dunn that she prepares her students for future education, the time they spend in her classroom is also focused on being good citizens and having good character.

Seeing some of her former students now graduating college and pursuing various endeavors, taking those skills they’ve learned into the world, has been rewarding for her. “I think that it makes me feel so good to have been blessed to be a part of that,” she says.

Robert Cindric is a busy guy, to say the least. He dedicates his days to teaching K-3 general music at Woodland Meadows Elementary School in Saline. Outside of that, he helps with Saline Area Players‘ musicals and even directs choir and plays organ at the local First Presbyterian Church.

But his music-packed schedule didn’t deter him from fulfilling one of his pupil’s wishes last school year: To start an elementary school choir.

Tess, a student from the district, emailed Cindric over the summer to ask him if he’d be willing to head up a choir. If she could find other kids interested in joining, then it was a go. Within the day, Tess had already rounded up about 25 kids who wanted to participate. “I said, ‘Sure, let’s give it a shot,'” recalls Cindric, who previously taught middle school and high school choir.

“She just asked him a simple question and he gave a simple answer: ‘Yes,'” says Nora Carichner, Tess’ mom – who was so impressed by Cindric that she nominated him for Top Teacher.

Twice a week before school, he volunteers his own time to hold practice. The kids officially dubbed the choir “The Saline Swarm of Voices,” and it’s open to third-, fourth- and fifth-grade students at Woodland Meadows and the neighboring Heritage School. Today, it has 102 members. Look up the Saline Swarm of Voices on YouTube, and you’ll find a 2013 concert featuring Cindric chipping in his skills on the piano.

“It’s obviously something that kids love doing, and that’s fun for me,” Cindric says.

The group performs two concerts per year, joining up with the choirs of older students in the district. In December, the Saline Swarm of Voices performs at local assisted living homes.

“It was just wonderful for the kids to bring songs to those places and really light it up and bring so much joy,” Carichner says. Plus, giving back to the community in this way has been “some of our best learning experiences,” Cindric notes.

The Saline Swarm of Voices choir is in its second year, and Cindric says enrollment in the school choirs for the older grades is growing, too.

During the day, when he’s teaching the general music classes, he hopes to spark a love for music in students. “It is such a passionate thing for so many people,” he says. He’s mixed in some theater and acting bits into his classes, too, going so far as to have the third graders write their own musical to perform for their parents at the end of the year – complete with costumes and props.

Now in his 36th year teaching music – and in his 15th year in the Saline district – Cindric’s driving motivation is to make sure the kids love making and listening to music beyond the classroom. For Carichner’s daughter Tess, now in sixth grade, that much is true. She’s moved on to singing in the middle school choir, and she plays the trumpet.

Carichner believes the choir coming to fruition has stood as an example of, “If you dream it, if you ask and work for it, it can happen” – and in this case, it can be “bigger and better than you imagined.” And for Cindric to share the gift of his talent and love for music in a way that inspires others? Carichner says, “That’s what education is about.”