Michigan Could Shut Down 38 Failing Schools 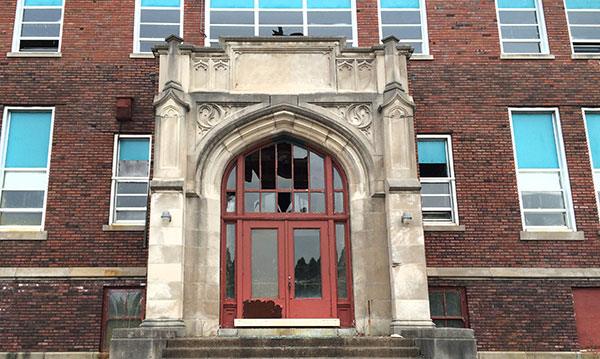 As many as 38 public schools in the state could be closing soon, according to an announcement last week from the Michigan School Reform Office.

The schools identified – many of which are in Detroit along with some in Pontiac, Saginaw, Kalamazoo and other areas – had previously been warned that they could be shut down by the state if they made no academic improvement and showed persistent poor performance from 2014 to 2016, according to an article in the Detroit Free Press.

Michigan law allows closure of schools that rank in the bottom five percent for academic performance multiple years in a row, the newspaper reports. A list of the 38 schools facing possible closure can be found here.

On the upside, the Michigan School Reform Office also announced that 79 schools previously identified for improvement were being taken off the state’s Priority School list after meeting the “exit criteria.”

“For the first time in the history of the SRO, more schools are being released from Priority School status than are being identified,” school reform officer Natasha Baker said in the announcement. “It is our mission to turn Priority Schools into the highest performing schools in the state. We do this through academic accountability because every child – regardless of their demographics – deserves access to quality educational opportunities. When kids are well educated, they can go to college or access a high-wage job or career after high school.”

As for the schools identified for potential shutdown, the School Reform Office plans to spend 30 to 45 days looking at geographic and other factors to determine whether closing those schools is feasible. If it would put an “unreasonable hardship” on the current students attending the school to find other school options, the state will rescind the closure notice and implement a different turnaround option, the report said.

Parents can read the full report, and find information on the latest Michigan school rankings, here.

Alycia Meriweather, interim superintendent of the Detroit Public Schools Community District, addressed the list during a press conference on Monday.

“There is quite a bit of work that’s already been done that needs to be shared and considered,” she said, according to WXYZ. “Until those conversations [of] hardship are completed, there’s really not much else that should be said about that list.”

She did, however, say that the district is “not satisfied and no one should be satisfied with schools that are underperforming.

Reports say parents are angry and heartbroken over the news and some leaders are speaking out against closures.

“DPS is already hanging on by a thread,” State Rep. Sherry Gay-Dagnogo, who represents Detroit, said in a statement, the Free Press reports. “The district would collapse under the weight of additional closures. These kids and families have been put through hell for the last decade.”

Is your child’s school on the list? What do you think of these potential closures? Tell us in comments.