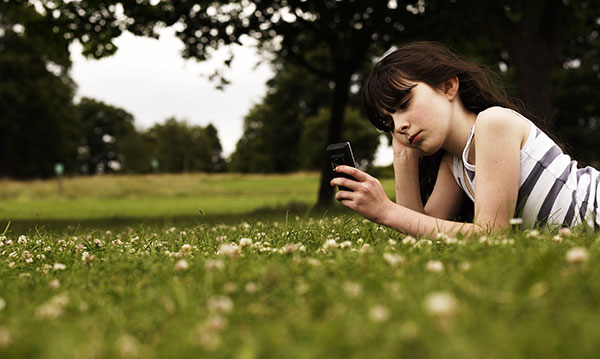 During the 2010-11 school year, the attendance rate at Detroit Public Schools hit a disturbing low when it dipped under 75 percent for 10 days.

In March of this year, Gov. Rick Snyder offered a solution to Michigan’s truancy problem – simply strip families who receive cash-assistance welfare of their benefits if their children don’t attend school regularly. The idea lay on the table

Then, in September, Detroit Public Schools announced that the 2012-13 school year was off to a great start, with over 90 percent attendance rates soaring above expectations. Schools in Flint and other high-absentee areas, however, still struggled with truancy.

Starting in October, the Michigan Department of Human Resources will implement that proposed attendance policy for their cash-assistance recipients, prompting debate about how it may affect those families and their children.

The policy states that when a prospective recipient applies for cash-assistance aid, they will now have to prove their 6- to 15-year-old child is enrolled in school, and that the child has maintained acceptable attendance, the Detroit News reported. The eligibility of those who already receive aid will be verified periodically.

In Michigan, truancy is defined by 10 or more unexcused absences per school year. During the 2011-12 school year, there were 93,408 cases of truancy in Michigan schools as reported by the Michigan Department of Education, the Detroit News wrote.

For the new policy, children’s attendance will be verified annually and at each child’s birthday for ages 16, 17 and 18 – ages where truancy tends to increase. If the family fails to meet the standard, they must wait and prove that their child has attended school for 21 consecutive days to regain their eligibility.

“The intent is, this is cash assistance for people with kids and you need to be responsible,” DHS spokesman David Akerly said in an interview with the Detroit News. “It’s a carrot and stick.”

According to the DHS, temporary cash assistance is available to qualified pregnant women and low-income families with minors, with eligible households receiving on average $463 per month from the state.

More than twenty years ago in 1988, then-Governor of Wisconsin Tommy Thompson implemented a very similar policy regarding truancy and family cash-assistance welfare eligibility in that state, the New York Times reported.

Though originally called an “administrative disaster” for its inefficiency and lack of organization, the Learnfare program was in later years independently tested and deemed a more or less effective way to encourage attendance. (It should be noted that the Wisconsin policy sanctions families by reducing their welfare benefits as opposed to cutting them completely).

But even then, the policy was met with its share of criticism. In a July 1990 L.A. Times article, the Learnfare program was called “unfair and cruel” by a mother who was penalized due to an administrative mistake. Those mistakes, she said, cost her vital money she relied on for food and utilities.

“It is difficult to see how cutting financial support for basic needs to our most impoverished families will improve the chances that their children will attend school,” says Jane Zehnder-Merrell, project director for Kids Count in Michigan at the Michigan League for Human Services.

Detroit families, she says, will be “disproportionately affected” by the new policy, as they have the largest number of poor children and a district with school closure problems.

At public schools in Detroit, a new automated phone message system that notifies parents if their child misses even one class period has been sending out calls, while door-to-door campaigns have also been credited for the high attendance this year.

For the younger demographic of students who often rely on their parents for transportation, the issue is dealt with a bit differently.

“We want to instill a sense of belonging,” says Josette Buendia, principal at Bennett Elementary School in Detroit. “There needs to be a sense of accountability among students and parents for them to stay in school.”

From incentives like popcorn Fridays (the last weekday typically has high truancy incidences) to detailed reminders sent to parents of when vacation breaks start, Buendia’s Bennett Elementary School and other schools are trying to encourage students to hold both themselves and their parents accountable for getting to school.

“We want to show the kids that if they’re not here, they’re missing out,” says Buendia.

Strategies like those at Bennett and other Michigan schools will continue as long as truancy remains an issue. Time will tell if the welfare reform will help the schools in their fight.