The long-debated 'Matt's Safe School Law' was signed into law by Gov. Rick Snyder on Dec. 6, 2011, making Michigan the 48th state to have an anti-bullying law. 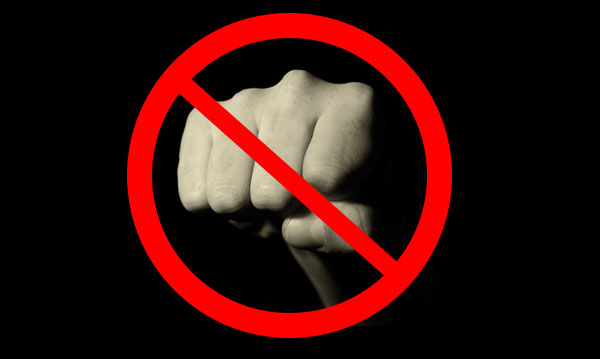 Michigan Gov. Rick Snyder signed an anti-bullying law on Dec. 6, 2011, making the state the 48th to have such legistlation.

“This legislation sends a clear message that bullying is wrong in all its forms and will not be tolerated,” Snyder said in a statement. “No child should feel intimidated or afraid to come to school.”

House Bill 4163 finally passed the Senate in a 35-2 vote on Nov. 29, 2011, after much debate. It originated as Matt’s Safe School Law, so named for southeast Michigan eighth grader Matt Epling, who took his life in 2002 after a school hazing bullying incident.

Now that it’s actually law, how will it impact families – and kids – in southeast Michigan?

Schools will have six months to create and implement anti-bullying plans if they do not have one already.

The plans will prohibit bullying or retaliation by bullies, require schools to inform the parents or legal guardians of bullies and their victims, and create a procedure for the reporting and documentation of cases of bullying.

The bill came under fire while it was in the Senate, when Republicans tried to include an exemption for those who hold “sincerely held religious belief or moral conviction.”

Senate Democratic leader Gretchen Whitmer said the amendment was “explicitly outlining how to get away with bullying,” according to a Nov. 4 article from The Washington Post. She said the amendment would allow bullying “if a student, parent, teacher or school employee can come up with a moral or religious reason for doing it.”

Republicans ultimately dropped the amendment, and the language included all students and prohibits bullying “without regard to its subject matter or motivating animus.”

“The protection of our children from physical and emotional harm is a moral obligation and responsibility of everyone,” said State Superintendent Mike Flanagan in a statement after the Senate passed the bill.

“This has been an emotional issue, and I appreciate the Senate showing the leadership to reconsider its position… and completing this cooperative process with respect to every side of this debate for the protection of all schoolchildren.”

Some groups expressed disappointment that the legislation does not outline certain groups of people, such as gays, who should be protected against bullying based on bias.

Activist group Equality Michigan, which particularly focuses on gay rights, is “thrilled and grateful” that the exemption language was taken out, but the group wants to see statewide bullying reporting initiatives and enumeration of the common characteristics of bullying victims to prevent bullying based on bias, director of communications Michael Gregor says.

“We’re disappointed that the Senate wasn’t willing to really stand up and pass a bill that was strong and comprehensive and based on research and that would really be effective,” says Gregor.

Betsy Kellman, Michigan regional director of the Anti-Defamation League, calls the legislation “a good first step” that can be later strengthened by individual school districts.

While the ADL would have liked to have seen enumerated protection for certain groups of people, she says, this legal action indicates Michigan legislation and Gov. Snyder view bullying as an important issue to be taken seriously.

“We’re glad something has finally been passed.”

The legislation complements the ADL’s No Place for Hate school program, which is now being implemented in more than 100 schools versus only five or six schools last year, Kellman says.

“We’re seeing an emphasis on people saying they won’t allow hate in their schools or bias or bigotry.”