Mr. E in the D Teaches Kids at Home With TV Show and Mixtapes

Emmanuel Smith, a local teacher and dad, created a spin on today's popular music to teach kids math and reading. 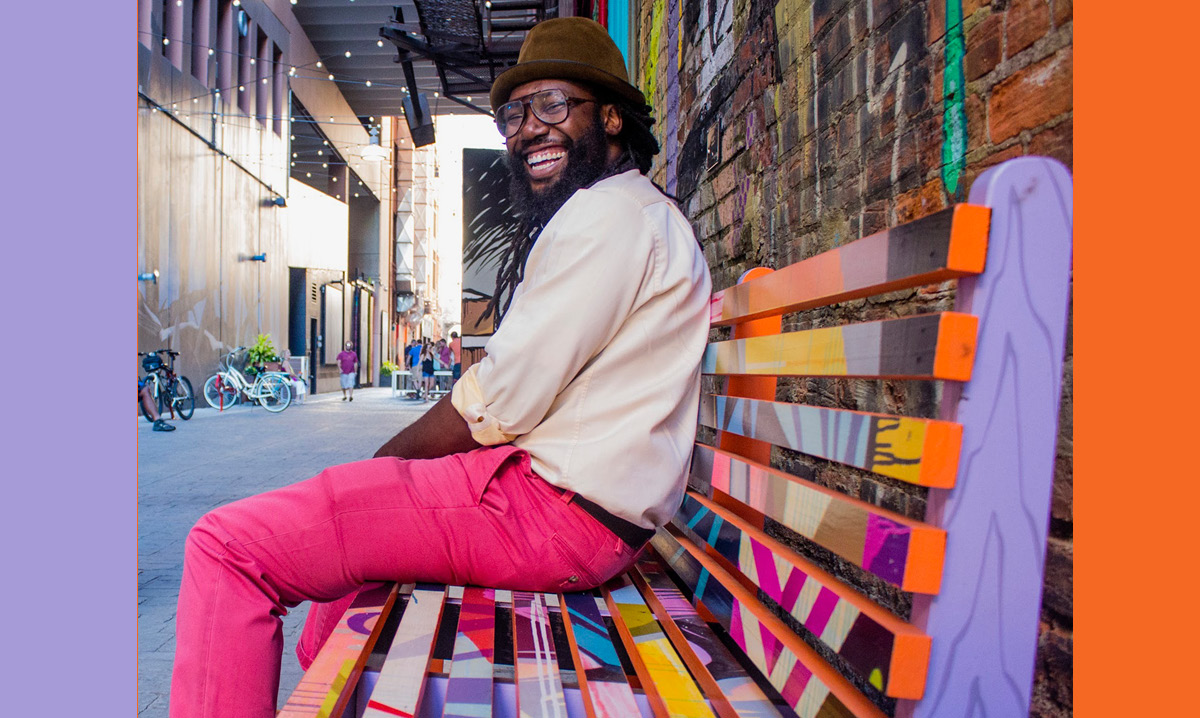 That’s where Emmanuel Smith, aka Mr. E in the D, comes in. This local educator and father of four has released his own educational songs set to the sounds of today.

And he’s gone beyond tunes, too, and taken it to the tube: In early 2020, he teamed up with the City of Detroit to launch his very own kids’ TV show — named, aptly, The Mr. E Show.

With it, he’s hoping to reach kids right where they are and bring lessons to life.

“I’m that ‘different’ type of learner — I’m more auditory and kinesthetic,” explains Smith, who’s dean of culture at University Prep Ellen Thompson Elementary in Detroit. “When rhythm or music was involved, that would help me learn.”

His first album, Math Mixtape Vol. 1, uses mainstream beats like Drake’s “The Motto” to teach multiples of two and Big Sean’s “Guap” for multiples of three (minus the swears, of course).

Donuts with a Tall Glass of Milk, which dropped in late 2019, kicks off a series focused on the 100 “sight words” for young kids as they’re learning to read. Each features a “say-spell-say” part, he says, imaginative fun and nods to Detroit artists like producer legend J Dilla.

With both projects, Smith’s goal is making something cool — not cheesy. “It’s something that kids will want to listen to,” he says, and “that parents can actually bang while they’re in the car.”

The same philosophy applies to his new kids TV show, which launched in early 2020. The YouTube children’s program is the first funded by the city of Detroit and stars Smith in a Mr. Rogers-type role, helping kids use their imagination on adventures around Detroit.

“Children’s shows have always been close to my heart because of the impact they have,” he says. “The children’s shows I watched when I was younger really hit me in a very integral spot of who I am.”

One episode, for example, has to do with pirates. Mr. E and the kids chat about coral reefs, and they take a trip to the Belle Isle Aquarium.

“With me and my children, that’s our free fun,” says Smith, whose kids include Emmanuel II, age 9; Analiese, 8; Eleazar, 6; and Grace Abigail, who’s 3. “We create a bunch of adventures. That’s the whole theme of the show.

“Being a child is a journey and an adventure. Things like learning how to tie your shoe, to ride a bike, learning your letter sounds, reading, math — that’s an adventure, too.”

Parents have told him it reminds them of Mr. Rogers’ Neighborhood or Captain Kangaroo — “and that was a goal of ours.” Even his youngest daughter begs to tune in before her bedtime stories.

Smith is a natural when it comes to creating learning environments. At U-Prep, “I’m in charge of helping set a positive tone and feel,” he explains. His goal is to make sure every kid feels “safe enough to be vulnerable to be a child — make mistakes and learn.”

During the past 22 years, he adds, all of his jobs have involved youth. At home in Detroit, Smith also draws inspiration from his own crew.

“We’re the loud house,” says Smith – who, beyond acting, singing and sampling plays drums, piano, organ and bass. “We’re always making up songs.” He hopes his music and TV shows emphasize the importance of learning educational building blocks early on.

To watch The Mr. E Show or to stream or download Mr. E in the D’s math and reading mixtapes, visit mreinthed.com.

Amanda Rahn, Alana Walker and Kim Kovelle contributed to this post. It was originally published in February 2018 and updated in April 2020.