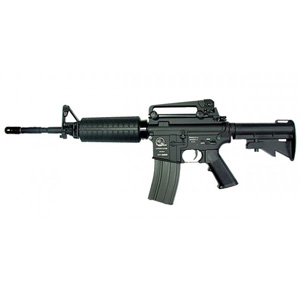 I didn’t understand last April when an 18-year-old Troy man marched around downtown Birmingham with a rifle slung over his back. He was at once showing off his new rifle and flaunting Michigan’s bizarre Open Carry Law. Birmingham police stopped him, demanded ID and arrested him for creating a disturbance and brandishing a dangerous weapon.

Good, I thought. If I had seen him, especially if I’d been shopping with my children, I would have been terrified. I would have called the police.

But his little stunt turned out to be perfectly legal. And many people came to his defense. People demonstrated against the police for stopping him! They said the police had over-reached. They demonstrated with their guns. Few had a bad word for the man.

On Friday, Dec. 14, I drove to work and heard the news about the Michigan legislature burning the midnight oil until 4:30 a.m. to pass all manner of bills that most voters are against. Few of the moves surprised me. Except for one I didn’t understand. The Michigan House and Senate had passed a bill that would further loosen gun restrictions. Why? It’s not enough that people can waltz around shopping districts with rifles, apparently. Some folks are insulted that firearms aren’t welcome everywhere, including schools, hospitals, day care centers and churches. So they encouraged our lawmakers to allow guns into these places.

Did our legislators pass these bills in the light of day? No, because the vast majority of us disapprove. So our “leaders” voted yes to more guns in public, more guns in safe zones, more guns near children. They voted in the dead of night. In the dark. Behind closed doors.

I wasn’t surprised about the various ways their votes were taking away my freedoms in the name of small government. But the push to bring more guns into schools and churches truly shocked me. What were they thinking? Hearing it on the radio on my way to work I shuddered at the thought. My girls were in their schools – schools I rely on to keep them safe. I wondered if Gov. Snyder was actually going to sign the new legislation into law.

By midday, there was more news about guns in schools. Horrific news.

My phone started to jingle with text message reports of a school shooting somewhere in America. De-sensitized to this common occurrence, I shook my head with something like annoyance and kept working. A half-hour later, my phone buzzed repeatedly with reports that 18 children had been shot to death in their Newtown, Conn. elementary school. Then word came that it was 20 children.

Amid the shock and calls for gun control, I know what I’ll hear in the days to come – support for guns. Don’t bother to write to me. Don’t bother to try to convince me that those concealed weapons will prevent shootings like the one at Sandy Hook Elementary School. Have you seen the guns the man used to kill 27 people? Behold a .233 caliber rifle, just one of the three weapons the man used. All were purchased legally.

How is a pistol in the janitor’s sock going to protect a school full of children against assault weapons? Or must we expect schoolchildren to pack heat in their lunchboxes? I’m serious. Is that where we’re headed? Do we have to send our children to school with guns to protect themselves because we don’t have the courage to decrease the number of guns in our society? Trust me, our problem is not a lack of firearms. And arming everyone isn’t going to make the number of gun-related deaths go down.

When are we going to DO something? How many obscene rampages like this can we endure?

I don’t want any guns in my kids’ schools. Guns brandished by “good guys” can be just as dangerous as those carried by bad guys. And they can be found and used by children.

I want gun-free zones. And I want Gov. Snyder to veto any law that allows guns in my kids’ schools. I have to wonder: Will he sign the concealed weapon bill into law now that 27 innocents were killed Friday? What if it hadn’t happened? And what is our newly unpredictable governor going to do next week? Will he allow concealed guns in our schools? Tell him what you think by going to the governor’s official opinion page.

When I came home Friday night, my girls didn’t know what had happened in Newtown, Conn. The schools hadn’t discussed it. They sent email messages recommending we tell them, with advice on how to explain to our girls – ages 9 and 11 – that kids their ages were shot to death in their sweetly decorated classrooms a few states away by a man brandishing three semi-automatic weapons. Weapons built to kill people by the dozens. To kill children by the dozens.

The schools advised us to tell our children that schools are safe places, in spite of the evidence to the contrary. They advised us to encourage our children to report suspicious people to their principals or to the police, even though it’s perfectly legal, in Michigan, to walk around holding a rifle.

I told my older daughter about the massacre while we were walking the dog. She gasped and asked immediately, “Why can people get guns, mom? How can they get into schools? Why did that happen?”

And I found it difficult to explain, because I simply don’t understand.

– sharonm@www.metroparent.com is a mother of two living in Troy, Mich. The views expressed here are those of the author and do not necessarily reflect those of MetroParent.com or Metro Parent Media Group.