Should School Start Before Labor Day?

With a record number of Michigan schools starting before the holiday weekend, many families are adjusting to a shortened summer break and wondering 'should school start before Labor Day?' 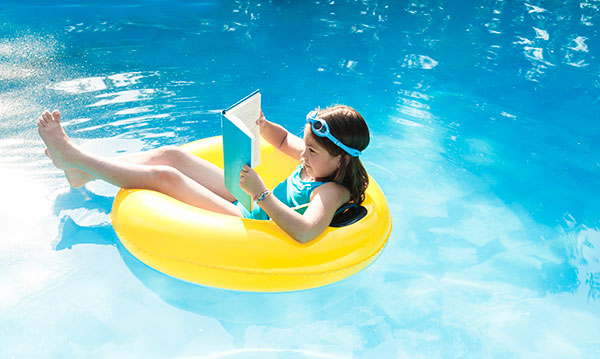 For most families in southeast Michigan, it’s easy to remember when school starts: it’s usually right after Labor Day.

But that isn’t the case anymore for a growing number of local schools. In fact, a record number of districts in Michigan started classes before Labor Day in 2017, the Detroit News reports.

Districts are required to get a waiver from the Michigan Department of Education in order to have a start date prior to Labor Day. Last year, 123 Michigan districts are starting school in August, according to the Detroit News.

“Absolutely every year, more and more districts are asking for a waiver,” says Michael Yocum, Ph.D., assistant superintendent of Oakland Schools. “There’s been particular pressure on our districts with the later Labor Days we’ve had the past couple of years.”

With most schools not starting until almost a week into September, districts also have a hard time fitting in the required days of schooling – which has increased over the years – and still maintaining holiday breaks.

“When you put those pressures together it really makes it difficult for them to create a good calendar that makes sense,” Yocum says. “You want to also provide breaks during the year, because that is going to help students stay engaged. So it makes more sense if you’re going to have the same number of days, to pace that out over a little bit longer period of time. The prior to Labor Day start allows you to do to that.”

Starting earlier could mean districts can bring back a mid-winter break, which some schools have phased out over time. That makes for a “long haul” stretch for kids.

“So you come back from the holiday break and that may have been shorter and now you’re going all the way until the spring break,” he says. “That’s a long time.”

That’s another reason why many schools are pushing for an extended school year with more frequent, short breaks.

“Having the shorter breaks takes some of that pressure off and helps to keeps kids more engaged in school,” Yocum explains. “They get refreshed, like any of us.”

Another important benefit to starting school earlier is that it means less time away from learning.

“The other thing that’s really critical here, and there’s plenty of research to show this, is when you have the long summer students lose a lot of the gains that they made in the previous school year,” Yocum says. “You have some loss in terms of retention and so having a shorter break reduces that to some degree.”

Studies have found that this effect is especially true among students living in poverty, who might not have access to reading materials at home or summer enrichment camps.

“In terms of student achievement and student learning, it’s better to have the shorter break rather than the longer summer break,” he adds.

The same general idea is behind the trend toward year-round schooling, though Yocum says no districts in Oakland Schools currently go year-round and those that have tried it have stopped.

“That’s been an idea that’s been around for a long time and districts have tried it, but have almost always abandoned it when they do because there’s a lot of pressures in the community in the other direction to have the summer break,” he notes.

Though some parents worry that cutting summer short with a start date before Labor Day will impact their time to explore fun places to take the kids or enjoy Labor Day events, many families find that school activities like sports are starting in mid-August anyway – so going back to school earlier might have less impact than they think.

“Once you have older students, they’re often back into school activities in August,” Yocum says. “Now you’ve got families that are going to be around anyway, they’re not going to be traveling.”

What do you think of an earlier school start date? Should school start before Labor Day? Tell us in the comments!