Should Schools Screen for Eating Disorders? 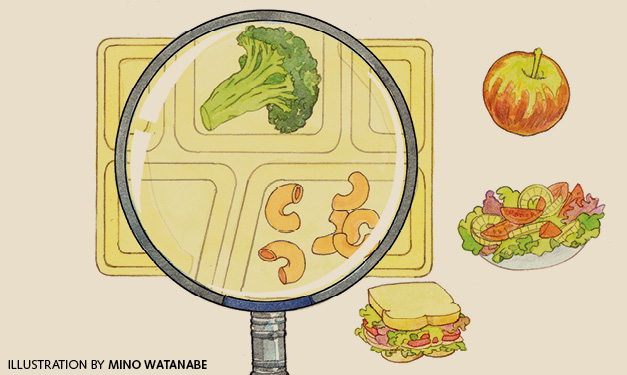 In today's society, beauty is often defined by numbers on a scale. Thanks to the false perception of attractiveness that's advertised pervasively, many young people have skewed views of their own bodies. At a time when they are developing in so many ways – both physically and emotionally – some are also suffering in silence with an eating disorder.

And whether they are starving themselves or binging and purging, the damage they're doing is irreversible. In fact, among all the psychiatric disorders, eating disorders have the highest rates of medical complications, hospitalizations and mortality.

About 3.8 percent of females and 1.5 percent of males ages 13-18 have an eating disorder, while 16.3 percent of U.S. students in grades 9-12 have reported engaging in such behaviors, according to studies by the National Institute of Mental Health and National Center for HIV/AIDS.

What if a series of questions could aid with early detection of an eating disorder in your child? Researchers at the Boston Children's Hospital asked just that in a recent study to figure out if such screenings are effective.

While early diagnosis helps, "There is often a delay between the onset of eating disorder symptoms and referral to a specialty clinic," says Kendrin Sonneville, a registered dietitian and behavioral scientist with adolescent medicine at Boston Children's Hospital – and one of the researchers of the study. "Because school-based eating disorder screening is designed to enhance detection and referral, it could have a meaningful impact on adolescent quality of life and mortality rates."

Many people with eating disorders, Sonneville says, have never been screened and don't know about the treatments available. A screening could be incredibly effective in this.

Researchers assessed data from a study on the prevalence of adolescent eating disorders.

They used the SCOFF screening, which asks: Do you make yourself sick because you feel uncomfortably full? Do you worry you have lost control over how much you eat? Have you recently lost more than "one stone" (aka 14 pounds) in three-month? Do you believe yourself to be fat when others say you are thin? Would you say food dominates your life?

A teacher or administrator would collect the info, says Davene Wright, assistant professor of pediatrics at the University of Washington School of Medicine in Seattle – another study author. From there, the researchers assumed the student would be referred to a clinician for further evaluation and treatment, if needed.

There's another piece to this study: cost.

"Eating disorders are really expensive to treat, but also screening costs money," Wright says, "so we wanted to give policymakers (and) decision-makers an estimate of how much it would cost to do the screening."

According to the findings, screenings would cost 35 cents per student, Wright says.

In her job as mental health consultant for the Michigan Department of Education, Lauren Kazee works on policies and training for mental health systems in schools.

"For depression or anxiety or eating disorders," she says, "there isn't any uniform screening tool that schools use across the state." While she believes it's a good idea, Kazee says many schools are hesitant.

"Schools these days really have no resources – no school nurses because of budget cuts, and very few of them have school social workers." So it would be one thing to offer the screenings, but without someone in each school to get the students proper care, these screenings wouldn't be as effective.

To help, Kazee offers a training program that comes from the Substance Abuse and Mental Health Services Administration. It's an education program for secondary teachers known as Eliminating Barriers for Learning, which helps them understand and address issues including eating disorders. It also provides an action plan that gives teachers information on resources – both in the school and the community – and how to access them.

Kazee, who also works with the department of community health, says families do have other options, too, including several clinics in southeast Michigan that offer BMI screenings, as well as services for kids with eating disorders.