Read up on recent education-related facts, finds and figures by some pretty smart people. 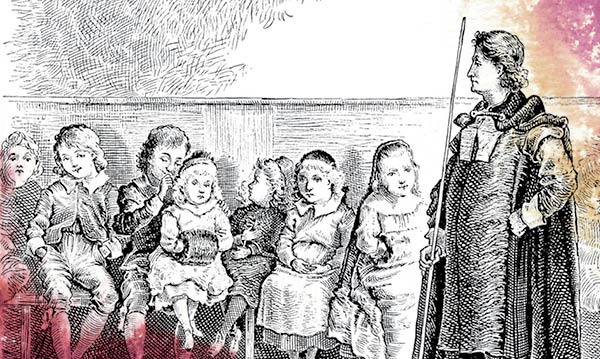 Be sure to keep up on your studies! Here, you’ll find the latest on recent education research, from kindergarten delay benefits to college costs, gender differences in computers and how online charters are measuring up.

Secondary education isn’t cheap. When polled, 539 parents of kids ages 5-18 definitely had some ideas for covering the tab – which, annually, is about $19,548 for an in-state public college (with room and board) and $43,921 for private tuition – says a study by Kaplan Test Prep and MONEY magazine. Among those budget plans:

Holding off on kindergarten till as late as age 7 may lower odds of inattention and hyperactivity long-term, a new Stanford School of Education study says – “by 73 percent for an average child at age 11,” noted co-author Thomas Dee in a statement. Why? Kids can sit still and stay focused longer with the wait. And, meanwhile, they rack up more early childhood playtime – key to development.

The study, titled The Gift of Time?, actually analyzed Danish kids, who can enroll in kindergarten the year they turn 6. Here in Michigan, as of the 2015-16 year, kids could enroll as long as they were 5 years old by Sept. 1.

Significantly weaker academic performance in math and reading.” That’s the poor grade 200 online K-12 charter schools earned compared to conventional schools, says the most comprehensive look at such classrooms to date. The three experts were Mathematica Policy Research, Center on Reinventing Public Education and CREDO – the Center for Research on Education Outcomes at Stanford University.

Limited teacher contact and heavier expectations of parents were cited; things fared worse if kids weren’t great at independent study. In all, kids missed the equivalent of 72 days of learning in reading and 180 in math – based on a 180-day year.

Coder in the House

Got a future computer-science pro on your hands? A study by the Code School, a Florida-based online coding school, found some hints – and big gender differences.

Age: About half of men in the field got into computers at age 15 or younger. For women, conversely, two-thirds did at age 16 or later.
Hobbies: For guys, top childhood hobbies were computers, sports and music. Gals, meanwhile, preferred music over computers (63 vs. 52 percent)
Procrastination: Women coders said they were less likely to do it then men.