The ‘Swiping’ Dare and Other Inappropriate Touching: What Parents Should Know

Inappropriate school dares led to suspensions for two Michigan students and has school administrators concerned. Here's what parents should know. 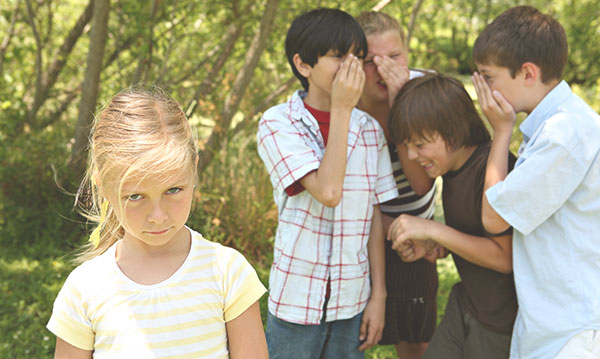 Ever heard of “swiping” or “bean dipping”?

If you haven’t, consider yourself fortunate – but warned.

Two male students in West Michigan were recently suspended after inappropriately touching female classmates in what they called a school dare known as “swiping” or “bean dipping,” WWMT reports.

“We had a couple girls come forward who reported some inappropriate games being played by the boys at the school,” Colon Schools superintendent Penny Brockway said in the news report, noting that this isn’t the first time she has heard of the so-called ‘games’ being played. “As administrators we took it extremely seriously.”

“This isn’t the first time I’ve seen these games be played, regardless of the names kids put on them,” Brockway said.

She wants other school districts and parents to be aware of the situation to help protect students from experiencing the same issue with school dares.

“Absolutely open that dialogue up so that schools can address it as well. Most importantly though, confront your kids,” Brockway told WWMT.

The school principal, Mike Rasmussen, sent a letter to parents saying students shouldn’t need to deal with “this type of inappropriate behavior.”

“We want our students to feel safe and secure in school and be able to focus on their learning,” he wrote, according to the news station.

The issue of “bean-dipping” has been an issue at schools in the past, including in 2010 when a parent in Ohio said that her middle-schooler repeatedly dealt with it even after reporting what happened.

“I think it is also important that a school assembly is called so that the children can be addressed, so they can be told that this borders on sexual harassment and it is not tolerated,” the mother told Channel 10 TV at the time.

While it’s unclear whether any of the students involved in these incidents would face sexual harassment charges, experts say parents should teach their children from an early age about inappropriate touching and how to report it. Those conversations should continue as kids get older.

“As they become more independent in their activities and social lives, the information they get needs to be clearer,” Alane Fagin, executive director of Child Abuse Prevention Services, told NYMetroParents earlier this year. “Just because you discussed it when they were in elementary school doesn’t mean you don’t have to talk about it anymore.”

Kids should also be taught about “sexual bullying,” according to KidsHealth.org.

They should know that sexual harassment can involve comments, gestures or attention intended to hurt, offend or intimidate the other person.

“With sexual harassment, the focus is on things like a person’s appearance, body parts, sexual orientation, or sexual activity,” KidsHealth.org explains. “If a behavior or interaction makes you uncomfortable or upset, talk to a trusted adult.”

Parents should also teach their kids about handling sexual harassment (“There is no such thing as ‘asking for it,'” KidsHealth notes) and also about the role of bystanders.

“If you see someone who is being harassed, take action,” by reporting the incident or talking to the victim afterward.