If your kid is near the end of high school, be aware of senioritis – it definitely exists! Find out what the senioritis symptoms are and how to curb them. 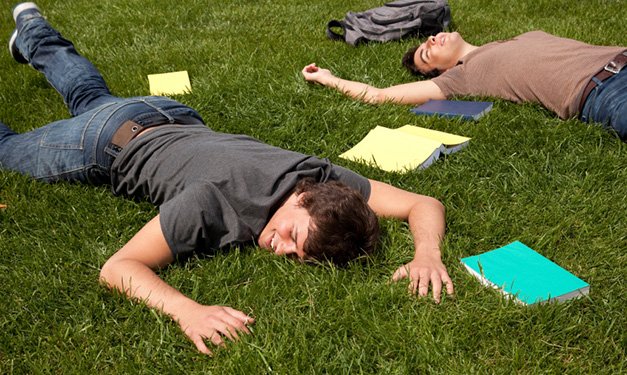 Who doesn’t remember being antsy to get out of high school once and for all?

Being a senior in high school is an exciting time for students, but being wrapped up in the countdown to graduation can sometimes turn into a serious illness: senioritis, which Urban Dictionary defines as, “A crippling disease that strikes high school seniors.”

Urban Dictionary quips that senioritis symptoms include wearing sweatpants and athletic clothing in excess. On a more serious note, it also entails laziness, “lack of studying, repeated absences and a generally dismissive attitude.”

OK, so maybe it’s not a medically documented ailment. But it is real, says Debra Natke, who, at the time of our interview, had been teaching metro Detroit seniors for over 30 years – most recently as a 12th-grade English teacher.

“There’s no doubt,” she says. “I think that the senior year has gotten a bad rap that you shut down in a senior year.”

Parents typically begin to notice signs of senioritis around midway through senior year – though sometimes sooner. Signs can include poor grades and incomplete assignments, cutting class and increased absences, and sometimes actions as drastic as using alcohol or drugs.

Parents may also notice their child being lazy, just as Urban Dictionary says, having a hard time getting out of bed for school or wanting to spend all their time with friends.

Unfortunately, just because students are graduating and may already have their post-secondary futures planned doesn’t mean they should blow off their last year of school.

With her students, Natke would add fun assignments to the mix and use humor to keep the kids motivated in class. But she also let them know, “This is not the time to shut down” and “We’re in this together,” she says.

While Natke says she’s had good students who stay pretty motivated, she’s also made sure to communicate with her students’ parents weekly and let them know about any drop-offs in grades. She suggests parents check their students’ grades themselves, too, and make an effort to stay in touch with their senior’s teachers.

For her students who are a little less motivated? “I always try to see if I can motivate them by saying, ‘You know we don’t want to do this in summer school – how can I make this work for you?'”

Natke, at least in her experience, says senioritis may be on the gradual decline.

“Every year it gets better, because I think the message is out there now – you know, wait until you’ve got that final grade and then have fun,” she says.

Many of her students have had plans for college or going into the military after graduation, which definitely helps. Having a post-graduation goal or plan is “the key,” she stresses.

“The kids that know where they’re going (and) know what they’re going to be doing, they’re monitoring their own grades,” she says. The fact that some colleges want to see grade updates per semester or request last semester grades helps, she adds.

Are you noticing senioritis symptoms in your teen? It’s time for a talk. Ask him or her what can be done to overcome it. Most importantly, aside from checking on your teen? Don’t punish him or her by taking away “senior privileges” like prom, Natke says.

Parents play a big role in keeping their teen motivated, as does the teacher. “It’s the three of us – we’ve all got a piece of this pie,” says Natke.