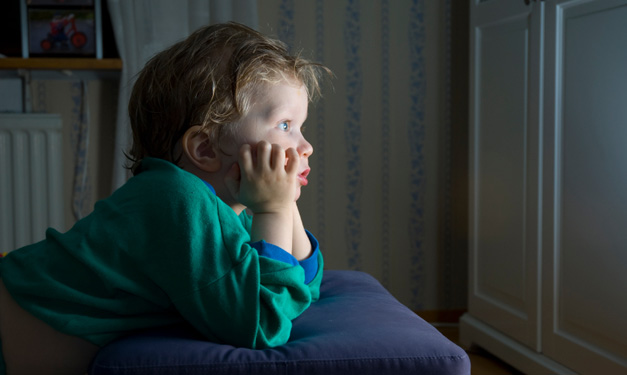 Four-year-old Kara loves Sesame Street. She happily sings along and counts in Spanish. For her, watching television is very interactive. Five-year-old Ethan likes animal documentaries. He can’t understand everything, but he’s learned an amazing amount about wildlife.

Preschool children love to learn, so it’s natural they enjoy shows that encourage it in fun and creative ways – with a large yellow bird or purple dino, for instance. But viewing TV as a learning tool rather than a babysitter requires thought and planning. How can you strike that balance?

For years, parents and experts have grappled with whether TV is good or bad for kids. There’s no exact answer, though the effects depend in part on a child’s age (kids under age 2 developmentally don’t need to watch any, says the American of Pediatrics). Other factors include the amount watched, types of programs and whether a child’s watching alone or with you.

When used in a positive manner, television can be a great tool. It can teach behaviors such as sharing and cooperation, and encourage creativity and imagination. Certain programs introduce your child to other ethnicities and cultures. And it ultimately can promote a positive attitude about learning, from encouraging reading to exposing kids to music, drama and dance.

When gauging whether a TV show might benefit your child, start with age. Avoid letting him see shows where the plot and emotions are beyond his understanding. It will confuse him, and he may draw wrong conclusions.

Choose from the many educational children’s shows available: Public TV fare like Sesame Street, WordGirl, Super Why!, or Barney and Friends is a great go-to. These shows encourage reading, counting and saying the alphabet, working together, sharing, accepting others and exploring the world.

Watch television with your child. Ask her, "Could this really happen? What do you think will happen next? What other ways could that character have solved the problem?" Talk about the difference between make-believe and real life.

When you watch shows with your kids, you have the chance to follow up, too. Some shows have insights we notice, but don’t mention. That’s a mistake! Everything goes into a child’s short memory first, and she has to have a way to relate it to her experience, to get into long-term memory. Discussing and summarizing the show with your child helps create that link.

Books are another way to supplement programs. If you saw a show about children in Mexico weaving rugs, go to the library and find a simple book about Latino culture or crafting. Look for picture books with stories sharing the theme or value of the television show you watched.

Considering adding a few DVDs to your Netflix queue, too, or again hit your library for free options. Choose corresponding flicks focused on animals, alphabet and counting tapes, learning songs – or even videos based on a book. Have the tome available for your child to read along with the show.

Choose a variety of shows. Besides children’s educational shows, tune in to specials about wild animals or sea creatures, animals raising their young or shows about other parts of the country or world. Television can help your child learn about the vast world beyond his scope. Again, follow up on these shows by checking out books from the library on the same or similar topics.

No matter how good the stuff on screen is, your child needs a time cap – typically no more than 30 minutes to two hours a day. This means carefully choosing shows from among the best. A child could easily spend many more hours glued to educational programs. But viewing time should never replace time spent together talking, reading or playing outside.