Fathers who want to get more involved and volunteer at their kids' schools have a variety of opportunities through the Watch DOGS school program. 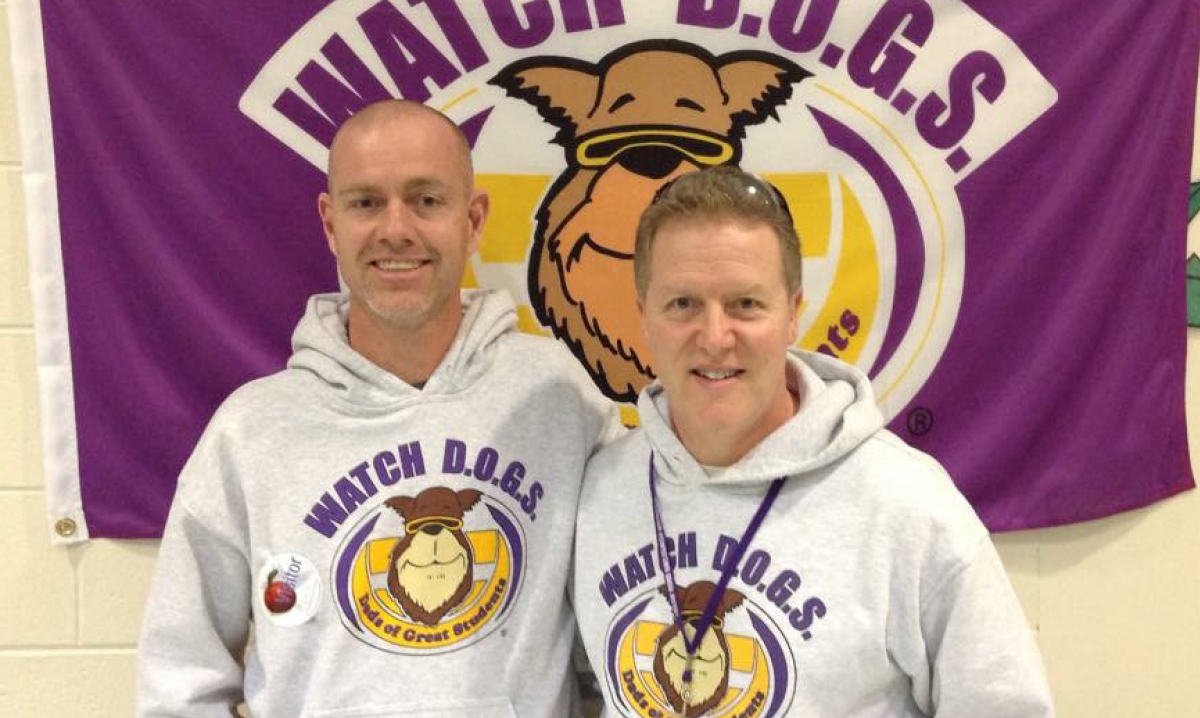 Looking to make an impact at your child’s school? There’s an elite force of dads you might want to join here in southeast Michigan and beyond. It’s the Watch DOGS school program – and it’s short for Dads of Great Students.

Through it, hundreds of thousands of dads across the country volunteer at schools each year to help teachers, interact with students and patrol the hallways.

“The main benefit is that it gets dads more involved with school life, as dads are not the ones who typically volunteer in the school,” says Kelly Shock, principal of Huron Elementary in Clinton Township – which notes being Chippewa Valley Schools’ first school to adopt the program back around 2013.

An initiative of the National Center for Fathers, the Watch DOGS school program aims to put positive male role models in the lives of K-12 students.

These dads perform a variety of duties, from working on flash cards with students to playing together with them at recess or sharing lunchtime. Typically, they’re engaging not only with their own kids, but with other children, too – in a constructive way.

Some dads also patrol the hallways or watch school entrances – and even help with student traffic flow through those busy halls.

This also adds an extra layer of safety for the school, Shock explains.

“After the final morning bell rings, the designated Watch DOGS dad for the day walks the outside perimeter of the building to ensure all doors are fully locked and closed,” Shock says. “They serve as another set of eyes during the school day.”

The Watch DOGS organization notes that principals like Shock report “that the mere presence of a Watch DOG dramatically reduces reports of bullying.” You can spot these dads by their official shirts and “dog tags” featuring splashes of purple and yellow colors.

Since its founding in Arkansas in 1998, the Watch DOGS site notes, about 6,500 schools across the country have joined in, welcoming father figures ranging from dads and step-fathers to uncles and grandfathers, along with other positive male role models.

It’s a simple commitment: Volunteer at least one day, each school year.

Jerry Bellor, the “Top Dog” of the program for several years while his children attended Yake Elementary School in the Woodhaven-Brownstown School District, says Yake aimed to have a volunteer dad in the building every single day.

“The schools aren’t the same as when we were kids,” Bellor says. “The teachers are under a ton of pressure every day. Doing this is a way to help them, the community and the kids.”

And even if it’s a small commitment, Shock adds, it can be a big deal to kids.

“It means so much to each dad’s own children to have their dad spend the entire day working in their school,” she explains. “It makes kids feel special and gives dads more perspective on their child’s daily life at school.”

Photo from Watch DOGS at Yake Elementary School in Woodhaven, from Jerry Bellor