Benefits of Dance Classes for Boys

Why it's a smart choice to enroll your son in dance classes and what you should consider when choosing the best studio for him. 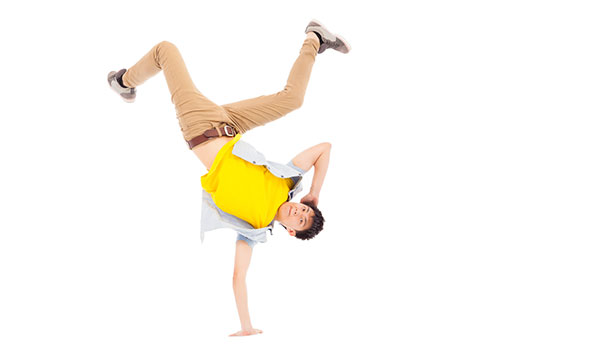 When Christina Kitchko’s son Kyle was 6 years old, she took him with her to enroll her daughter in a dance class. As they were leaving the studio, Kyle asked his mom why she wasn’t enrolling him as well.

“He says ‘how do you know I don’t want to dance too?’ so we turned around and I signed him up for tap class,” says Kitchko.

Six years later, Kyle takes hip-hop, jazz, tap, ballet and Cecchetti at Encore The Dance Centre in Fraser. He’s at the studio several days per week and has even recruited his cousin, Alex, to dance as well.

“I can’t put my finger on exactly one thing that he likes about it,” says Kitchko. “I think that he likes being able to be on stage and he likes that he’s very flexible and coordinated.”

Dance classes have traditionally been seen as an extracurricular activity for girls, but boys have found the benefits of being involved and many studios now offer boys-only classes.

Debbie Agrusa, owner of Deborah’s Stage Door, a dance studio in Rochester, has seen many boys in her dance classes since her studio opened 32 years ago.

“I’ve had 300-400 boys come through my studio. We’ve always had a lot of boys dancing here. I think it gives them a great deal in terms of self-esteem and self-confidence,” says Agrusa. “Plus, many of them say they have the chance to meet a lot of cute girls.”

Agrusa says many of the boys who have taken lessons at her studio are also athletes. Some have taken classes to help improve their play in football, soccer, basketball or other sports.

“All of the boys who have come to dance have told me that it has greatly helped their athletic ability: They are more coordinated and more flexible. It helps with their speed, footwork and it gives them great control over their bodies,” says Agrusa.

Agrusa says Deborah’s Stage Door offers boys-only classes and the studio tries to place boys in classes with other boys to make them more comfortable. She encourages parents looking to enroll their boys in dance classes at select studios that also understand that the boys are not girls and should be trained differently.

“We believe in training the boys to dance as boys and costume them like boys. So many times, I have seen the boys dressed in virtually the same costumes as the girls. We also have teachers who have been teaching boys for some time and can relate to them and help them feel at ease, even if they are in a class filled with girls,” says Agrusa.

Kitchko says her son’s studio has always integrated him into the dances, last year having him play the part of the Phantom from the Phantom of the Opera. Her nephew was once Woody in the class’ rendition of “Woody’s Round-up.”

“Every costume that our teacher has had for him is basically just pants and a shirt,” says Kitchko.

Agrusa says she’s had boys who come in just as a way to get a workout once a week, and she’s also had a group of boys that competed on Star Search with Ed McMahon back in the 1980s. She’s had young men who went on to play football in college and another who studied at Julliard.

“Being in dance helps give the boys a lot of self-confidence in anything they do,” says Agrusa.

“He has really grown to love being the center of attention and being on stage. Dance has been such a confidence booster for him,” says Kitchko.

Boys or girls, young or old, Agrusa says dance gets kids out from behind the electronic devices and encourages them to try something new, while getting a good source of exercise.

“It makes the boys and girls keep their creativity alive. It’s something that gives young people the opportunity to think outside of the box,” says Agrusa.