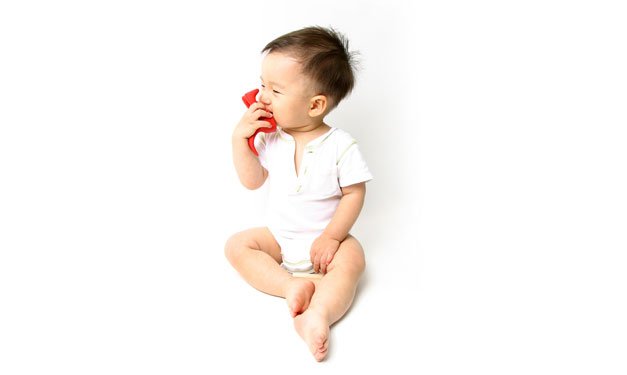 It used to be learning a second language wasn’t even a second thought for children until they reached the middle or high school levels. These days, not so much. Southeast Michigan families are steeped in a rapidly diversifying culture – and kids’ shows and apps centered around bilingual characters, like Nickelodeon’s Dora the Explorer and Go, Diego, Go!, spark an interest for foreign languages in young minds.

Fortunately, even the tiniest of tots can get a head start on a dual-language learning track. Here are some tips from local language professionals.

Natalia Barba-Kopczyk, a high school Spanish teacher with the International Academy of Macomb in Clinton Township, has firsthand experience learning a second language at a young age. Born in the United States, she moved with her family to Mexico as a baby and then back to the United States again as a small child.

“I was rather young, so the languages were just developing,” she says. “Learning English was just kind of like learning math. It came with the territory.”

Barba-Kopczyk’s experience reflects a young child’s ability to pick up a new language simply by being exposed to it.

Lessons, rules and explanations are usually necessary for older children and adults to learn the basics of a new language, but babies, toddlers and preschoolers need only be regularly exposed to a language in order to be able to put it to use when they have the verbal ability to do so.

While parents with bilingual backgrounds can help their little one by having mom communicate in Spanish and dad in English, for example – or taking advantage of a foreign-speaking caregiver or good friend the baby sees on a regular basis – it can be a bit harder to plant the seed for interest in a second language for monolingual parents.

But it is not impossible.

Language immersion programs and classes are readily available for today’s children, with many programs geared for little ones who’ve just celebrated their first birthday.

“Teaching a language at a very young age is the best. This is at time when the brain is most malleable and the language skills are acquired easily rather than waiting until high school,” says Judy Chubb, a board of directors member and past principal of Birmingham’s Gateway Montessori School. “You get the correct pronunciation and you can really begin to have dominance in two or more languages.”

Gateway offers partial immersion programs for their young students, with a Spanish teacher coming in twice a week for valuable interaction.

The earlier you start, Chubb says, the more success your child will have down the road.

Rob Kaye, co-founder of Yak Academy, also located in Birmingham, says the key is to help build a love for the language.

Comprehension, repetition of simple words and short sentences, and interaction with the instructor are the benchmarks at Yak’s foreign language classes, offered once or twice weekly, for kids up to age 10.

“Children will not be fluent when they finish with us, but they will have a base that can be expanded upon when they begin foreign language classes in their formal education,” says Kaye.

Yak uses games, songs and movement to expose children to foreign languages with native speakers guiding very young children as they pick up the language.

But even without a formal classroom environment, parents still can create an environment that encourages their child to become bilingual by:

The key, says Kaye, is to expose your baby, toddler or preschooler to the target language as often as possible and encourage an interactive environment.

“Once you start on the path,” he says, “it is really easy to maintain it.”