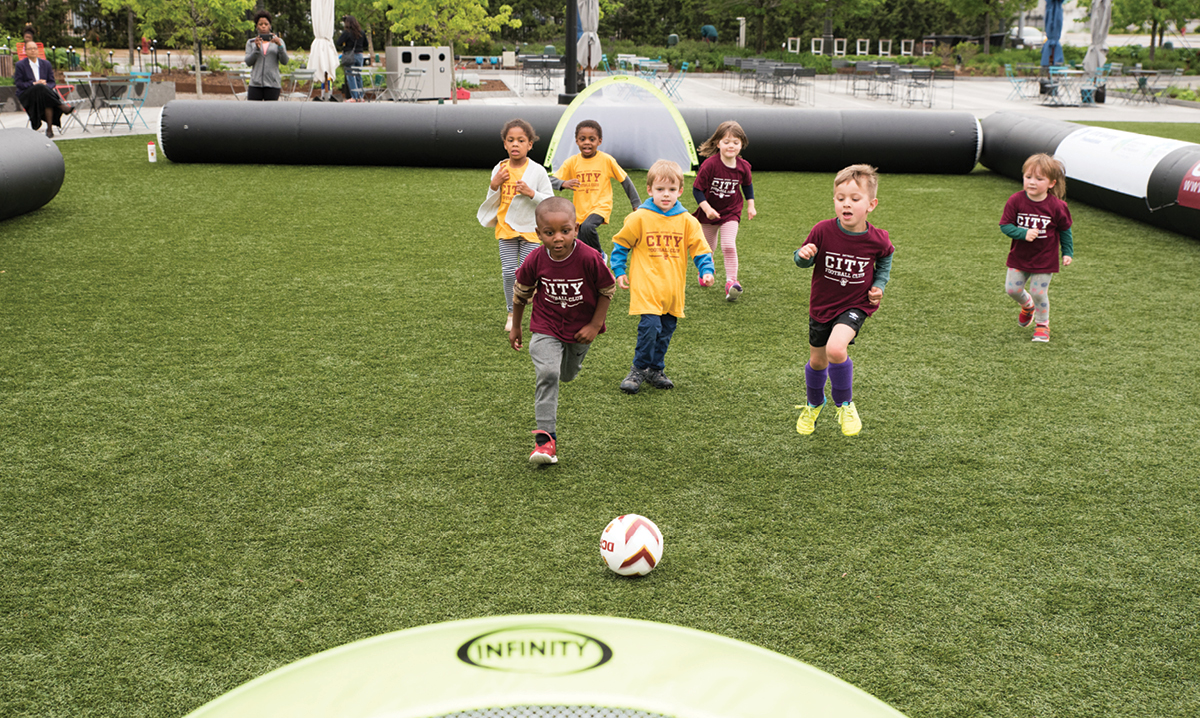 When Detroit City Football Club plays a match at Keyworth Stadium, the streets of Hamtramck fill with colorful smoke, jeers and unwavering support for the city’s semi-pro soccer team.

Now the kids who march and cheer for “Le Rouge,” as the team is nicknamed, can get even more involved in the sport at the new 75,000-square-foot multi-sport indoor Detroit City Fieldhouse, which opens this month and will offer youth soccer leagues for ages 7 and up.

“(DCFC) has been around since 2012 and we’ve been doing really well,” says Todd Kropp, the club’s COO and co-founder. “We wanted to grow as an organization and getting into youth soccer is a good next step for us.”

The Fieldhouse, which is the first of its kind in Detroit, features two naturally turfed soccer fields plus a bar and restaurant.

Teams of 12-15 kids can sign up together to play other local kids’ teams in the fall or winter. To form a team, players must sign up together and provide their own coach. These kids could even play for the “Boys in Rouge” one day.

“Our long-term goal for the kids who play at our facility … is that they grow into our club,” Kropp says.

Detroit City Football Club plays at Keyworth Stadium in Hamtramck early May through July. Get tickets online at detcityfc.com/tickets.