How to Teach Kids Another Language

Southeast Michigan language educators from Bright Loritos share their advice on how to teach kids a foreign language. 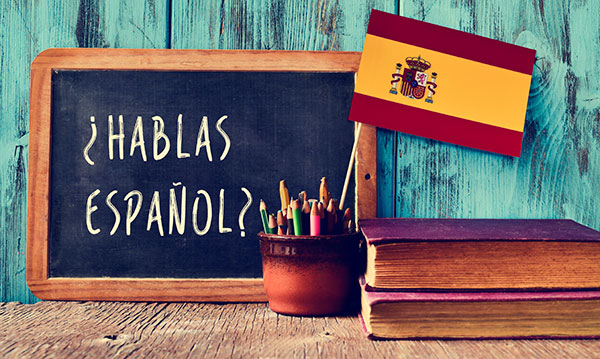 Learning a second language as a child has incredible benefits during the education process and beyond. But kids shouldn’t wait until they’re in high school to start taking courses. The key to learning a foreign language is to start learning at a young age.

“Why we specialize in the young ones is we believe there is a window of opportunity” – starting at birth through tween years – “when your brain is more capable to acquire a new language,” says Ernesto Alonso Chavez, co-founder of Bright Loritos, a language learning program for kids 1-12 with locations in Troy and Novi, which he founded with his wife in 2011. The center teaches Spanish, French, Mandarin Chinese and Arabic.

And for young kids, absorbing languages like Spanish, French or Mandarin Chinese (a language adults assume is tricky) becomes second nature. Learning that in the French language, objects have genders, or that in Spanish, some words require rolling R’s – or even learning different characters in Mandarin doesn’t faze kids. “For them, it’s the same process whether they’re learning Chinese or English,” explains Andrea Martinez, the other co-founder of Bright Loritos.

“Because they are learning early, they’re exposed every week to that class where they teach it, it just becomes second nature for them – they just learn it the same way they’re learning their first language at home,” she adds.

Tips for how to teach kids a foreign language

The best way to learn Spanish, learn French, learn Mandarin Chinese or any other foreign language, says Chavez, is to start early.

But aside from that, it’s constant exposure and a chance to converse and be immersed in the language, he notes. At Bright Loritos, the instructors are native speakers of the languages they teach.

The most difficult aspect of learning a foreign language is having the chance to make the connections through conversation. It’s vital to learning how to listen, speak and understand.

“I think for all languages it’s just having the opportunity to use it. It’s the hardest part with all of our students because we’re busy (and) it gets hectic for everybody.” Plus, it’s not easy to practice through conversation if those around you don’t know the language.

That exposure and practice can be through a class setting (Bright Loritos even has a mobile program with schools) – or Chavez says they’ve had parents whose kids are in the program go on play dates with other families who speak the language their child is learning.

Another way for parents to help teach their child a foreign language: “The best thing that I’ve seen throughout the years … (is) if the parents are somehow involved in the learning process,” Chavez says. They may even use software or sign up with a tutor to start learning the language, too, so they can reinforce the learning. “It’s really important for the kids to see the parents are trying as well.”

He adds that parents can sometimes be afraid to mispronounce words. “I always tell them it doesn’t matter.”

Additionally, Chavez encourages families to set aside 30 minutes each day at home when they are all immersed in the language the child is learning. If that language is Spanish, try to speak it and use vocabulary words over dinner. Or, listen to music in that language.

“Find your children’s interests,” he says. “I think that’s key with language learning. If you find a list of something that is meaningful to your child” – be it vocabulary words about toys, favorite foods or pets – “use that knowledge and learn those words in Spanish, and use them. I think that’s most effective.”

Families can also practice with computer programs, apps and DVDs – “and that’s good, too, but only if you use it as a tool for reinforcement,” Chavez says. “That cannot be the only way that you learn language because you need that social interaction.”

Benefits of learning a foreign language

Chavez, who moved to the United States from Lima, Peru and is dad to a 3-year-old daughter, started the Bright Loritos program because he wanted children to be exposed to different languages and cultures outside of their own.

“When I moved to the U.S. – it’s been 11 years – I found many people were not really open even to having a conversation with me,” he says of those who heard his broken English. “So just to give children that opportunity to get outside of their little bubbles and get to meet other people and other cultures, I think that’s just the coolest thing.”

With languages like Spanish, which is the most spoken language in the U.S. outside of English, and the U.S. population growing more diverse, knowing a different language is a skill kids will find useful in the future and can open up opportunities.

“It’s so good for their brains, too, learning another language,” Chavez notes. Plus, he adds, learning a second language makes it even easier to pick up a third or fourth in the future.

Parents can learn more about the importance of learning a foreign language here.