Importance of Learning a Foreign Language

Why should kids learn languages and where should they begin? Local principals weigh in with tips and information. 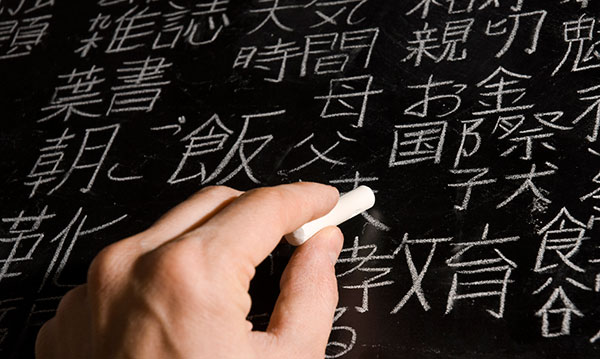 Jean-Daniel Ostertag did not want to study German when he was in sixth grade – his parents made the decision. As a student in France, he was required to select a language and study it until he graduated from high school. German was not the language he would have selected. However, it was his knowledge of German that led him to a teaching job at the Foreign Language Immersion and Cultural Studies School, a Detroit Public School. He is now the principal of the Detroit-based school and advocates for all students to study a foreign language.

“Toward the end of my studies to become a teacher, I applied to schools all over the world,” says Ostertag. He explains that he was contacted on the phone to discuss his qualifications. “The interviewer says ‘I know you know how to teach French, because you are French, and English is no big deal here, but what about German?'”

In the end, it was his ability to converse in German and earned him the job.

The importance of foreign languages

“Foreign language has been important for a long time, because commerce is less local and more international. Learning the foreign language not only teaches you to speak to someone, it exposes you to different cultures,” says Ostertag.

Ostertag has heard many times that business people traveling to foreign countries don’t need to know the language because everyone speaks English.

“That is completely artificial. That’s living in the county – that’s not learning the culture and becoming part of the country,” Ostertag says “It’s keeping us from experiencing the country where we are. It’s possible to live artificially in most countries of the world – but life is short and cultures have much to offer. Experience them.”

Eric Sturm, principal of the International Academy of Macomb, says in this global economy, it’s important to prepare students to work at companies that will require them to travel to foreign countries and speak foreign languages.

“If you look at countries around the world, many students are fluent in at least one foreign language,” Sturm says. “Knowing a foreign language promotes intercultural understanding and international viewpoints.”

Ostertag says young students have no idea where they will go in life or what doors need to be opened, but as an adult, knowing a language can bring about opportunities.

“Keys are going to be used to unlock doors and language is one of those keys,” Ostertag says.

Even if the students never travel to another country, Ostertag says the languages are important.

“Foreign languages enrich students, even in their own neighborhoods. It’s a generator of peace. The more we know about another culture and a country, the less we are going to be bigots and close-minded,” says Ostertag. “The world is a garden and knowing a language gives you some of the tools to discover it.”

“Any major language in the world is a good place to start. If you are learning any kind of foreign language, it doesn’t really matter which one, because the moment we decide to choose a language, we have no idea where we will be in 20 years and if it is something we will be using,” says Ostertag. “In the future, we will see opportunities related to the languages we learn. If we are not prepared, we will not be able to grab them.”

Most local public schools teach French, Spanish and German. Ostertag says those languages offer some similarities to the English language, including letters and syntax, which make them approachable first foreign languages.

The International Academy of Macomb offers Spanish, French and German.

“All of our kids take four years of a language. The idea is that kids become fluent at the end of four years,” says Sturm.

Jennifer Howe, world languages department chair at Lake Orion Schools, says students should select a language they are interested in – regardless of the reason – because it immediately provides a reason to be engaged.

“Don’t shy away from languages because it’s perceived to be hard,” says Howe. “In the classroom, I always tell my students that we want this to be useful in their lives someday.”

At the end of their senior year, the International Academy student must complete International Baccalaureate assessments, including a 20-minute conversation in a foreign language on a topic unknown to them. They must also take exams and complete writing assessments.

“There is no English in the classroom after the first year of the language,” Sturm says. “The curriculum is focused on real-life situations, bringing authentic levels of context to the students when they are trying to learn the language.”

Howe says her classroom has changed a lot in her 18 years of teaching and students aren’t doing as much of the bookwork, but are doing more to make the language real for the students.

“We’re not doing worksheets. We’re doing things to make the language relevant. We’re looking at current events and things that are going on in the country,” says Howe of her German classroom.

Learning a language is not going to be easy, Ostertag says, but in order for it to be useful, it has to be a commitment. Ostertag says while learning the language in a classroom setting might be slow, it is important to stick with the language.

“When I learned German, class was three times per week – meaning three hours a week in German for six years,” Ostertag says. “You are looking at a long haul. You are not going to learn a language in three months. Keep on nourishing that language as a parent and the child will develop a love for it and the culture.”

Ostertag says to help learn the language, parents and students should look for every opportunity to practice it. If a child is learning Chinese, for example, he suggested going to Chinese restaurants and looking at the menu and trying to converse a little more each time.

Technology gives students additional learning resources. For French students for example, Ostertag says there is a news channel that broadcasts at a slower pace for those learning the language.

“There are more and more tools online that can complement the learning in the classroom,” says Ostertag.

He also suggested visiting countries that speak the language.

“When you have a real experience where the language is relevant, that sticks with you,” says Ostertag.

“Tutors can reinforce and teach the children new things,” says Ostertag. He suggests contacting a community college or local university to find students enrolled in an undergraduate or master’s degree program who are already at a level in the language that is going to be helpful when tutoring a child.

Parents can also check out classes available for their children in the metro Detroit area.

Howe says that she realizes many of her students aren’t going to go on to study a language at the college level or travel to a foreign country to study, but having a foreign language also exposes students to the culture.

The Lake Orion Schools has a large group of exchange students. Howe says she tries to involve the exchange students in tutoring and after-school activities that help her students learn the languages. She says the other language teachers also engage members of the community to teach students about cultures. For example, the Spanish teacher brings in a salsa dancer to expose students to that aspect of the culture.

Howe says many students also benefit from the Cultural Outreach Club, which used to be an organization for the foreign exchange students to share about their cultures. Now, it’s a student organization that promotes the education of cultures and diversities.

“There is no ranking because I’m from this country,” says Ostertag. “Learning more about cultures equals less prejudice.”

Part of the mission of the International Academy is to teach the students about their part in a larger world, including culture understanding.

“We want the students to better understand the people of a country and their differences to us. Learning a foreign language is part of that,” says Sturm.