Lacrosse Sport Getting Popular with Kids in Southeast Michigan 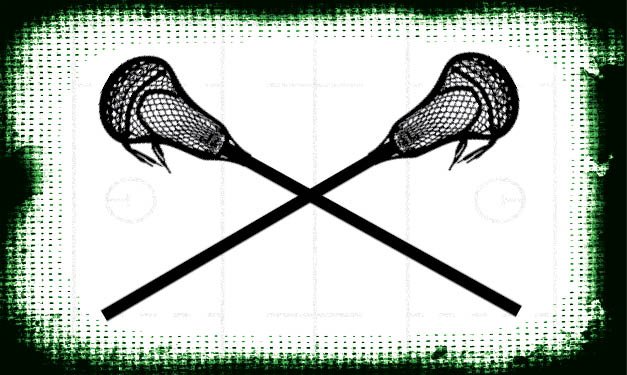 The abbreviation LAX may stand for one of the busiest airports in the United States, but it’s also the slang term for one of the hottest sports to take off in the country: lacrosse. According to the national governing body for the sport, US Lacrosse, the number of lacrosse players increased from 253,931 in 2001 to 624,593 in 2010.

Historically, the game descended from Native Americans and is one of the oldest team sports played in North America. In the Great Lakes State, the sport has ties that date back to 1763, when the game of baggatiway (similar to lacrosse) allowed Native American warriors to surprise and capture Fort Michilimackinac, now a National Historic Landmark in Mackinaw City.

Widely perceived as an East Coast sport, lacrosse programs are now growing in the Midwest – and being offered at some Michigan schools beginning as early as third grade. Travel teams, where kids try out to play competitive lacrosse, also have emerged in the area. And the number of Michigan high schools that currently carry the sport has grown to 100 for boys varsity lacrosse and 68 for girls varsity lacrosse for Division I and Division II, according to the Michigan High School Athletic Association‘s website.

In metro Detroit, kids’ involvement in the sport can range from participating in community recreation leagues to playing it year-round through a combination of school and travel teams, leagues, summer camps, private lessons and clinics. Regardless of where kids fall on the continuum, according to several area lacrosse experts, coaches and players, one thing is for certain: Once kids start playing the game, they’re often hooked – because there’s nothing else quite like it.

Ed Chima, owner of All American Lacrosse, a lacrosse service provider at Ultimate Soccer Arenas in Pontiac, says that from his vantage point, the sport today “is exploding.”

“I haven’t looked at the numbers of 2012 over 2011, but I think for the three years prior to 2011, lacrosse grew at about plus 40 percent per year in Michigan,” Chima says. “It has spread across the country – not only in the Midwest and in places like Michigan, but also the sport is experiencing some pretty good growth in Texas, Florida and California, and Minnesota is growing rapidly. The Pacific Northwest is also starting to pick up now. So there is an increased interest.”

What exactly is sparking that interest? Chima says he believes lacrosse is growing because it combines some of the best aspects of other sports and offers a unique challenge – as it is a “skill sport” that is not easy to master.

Brian Kaminskas, who played lacrosse for Brother Rice High School in Bloomfield Hills from 1988 to 1991, says he recalls competing against roughly 22 teams in the state at the time (including other schools in the metro Detroit area with long-standing lacrosse traditions, such as Cranbrook and Detroit Country Day).

Today, Kaminskas is the head coach for Clarkston High School‘s boys varsity lacrosse, and says he believes the fast-paced sport is popular because “it keeps the kids engaged.”

“I don’t think there is any other sport like it, for one. If you ask somebody that is new to the sport to describe it to you, they’ll say, ‘Well, it moves up and down the field like soccer, it runs its offense and defense like basketball, and you transfer the ball like hockey. It is not a contact sport, but a collision sport – again like hockey and somewhat like football, but not so much,'” Kaminskas says.

“Every second, there is a new scenario for you. You can be running down the field and that ball can move. At the boys’ game, you shoot that ball at 80 miles an hour.”

In terms of age demographics of kids gravitating to the sport, Chima has noticed a trend with older kids picking up lacrosse in the eighth, ninth or 10th grades.

When it comes to young players, Chima says that “formalized lacrosse in the state of Michigan doesn’t begin until the third grade,” and he typically doesn’t start students until the second grade, when they can migrate beyond beginner classes.

As with any sport, the more clinics and classes you pick up, the higher the tab. Lacrosse equipment costs a bit more than football and other sports. An entry-level lacrosse package generally runs slightly higher than $200, but parents can save money by purchasing used equipment.

Michael Senerius, a district-rated official for the state of Michigan, has been a referee for women’s lacrosse for 23 years and says while “it is everywhere and wonderful,” the sport is also experiencing a shortage of officials – particularly in the northern part of the state.

“When I started, there were only eight schools in the state of Michigan that played women’s lacrosse,” Senerius says. “It has grown so much that almost all the schools carry it now as a varsity sport. And schools that aren’t carrying it are trying to add it because of the popularity throughout the entire state.”

Senerius also says that women’s lacrosse is a “finesse sport” that is non-contact and entirely different from men’s lacrosse. For a full understanding of the game, Senerius suggests parents “take a class to understand the rules, so they can help their young players when they start playing.”

Kaminskas says that while it is nice to see the growth of the sport, its rapid expansion in Michigan has also left a shortage of skilled coaches, and that often there is lack of knowledge surrounding the sport from parents and spectators.

“Every mother, father and brother can bring their youngest one in their family out in the back and throw a baseball, they can have a catch – you can’t do that with lacrosse.” Kaminskas says. “It is not because of the equipment; it is just from the lack of knowledge of growing up with it and seeing it and knowing it.”

To compensate for a lack of lacrosse knowledge, Kaminskas says people can go online to get up to speed. “A lot of newer coaches, newer people can go to the college websites – go to Duke, Notre Dame (women and men) – and they have YouTube sites, and they’ll have a coach up there and they’ll give an online clinic for 10 minutes.”

After college, he coached men’s lacrosse at the University of Michigan for eight years (when it was a club league). During that time, the team won two national titles, in 2008 and 2009.

Today, Gigliotti says that when it comes to higher education and the sport of lacrosse, everyone has a chance to extend their sporting career “just a little further.”

Kaminskas also says there is a “nice future” in the sport, especially seeing that it is being added by more state colleges. From Clarkston, lacrosse players Evan Kneisel and Lauren Sharkey are athletes who are looking forward to playing college lacrosse.

Kneisel, a senior on the boys varsity team, says he started out playing hockey and then switched to lacrosse – which proved to be a good move, as he now has plans to play lacrosse for Albion College.

“I picked up a stick in the fifth grade and I just fell in love, and I’ve been in love with it ever since. It definitely changed my life when I picked up that lacrosse stick,” Kneisel says.

Sharkey, a senior from the girls high school varsity team, says the hard work and dedication were worth it, as she now has plans to play for the University of Detroit Mercy.

“It finally paid off. For my parents, I was so thankful for them – sitting through all of the cold and the hot, and traveling with me,” Sharkey says.

And while the sport may be growing, according to Gigliotti, one thing that remains constant is that opportunities exist for those who work hard.

“This is coming from a coaching perspective, not just a goalie perspective. Any kid has potential to go play – to further their lacrosse career – from the middle school level, to high school level, to the collegiate level. It is how much time you put into it out of the ‘in season.’ When you are out of season,” Gigliotti says.

“You start getting better by going to camps, by getting private instruction, keeping the stick in your hand every chance you get.”

This article originally appeared in a May 2013 edition of Metro Parent.