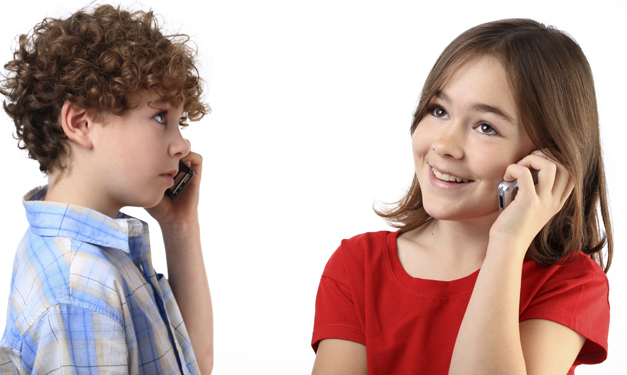 Bilingualism has gone mainstream for today’s children. Instead of having to wait for the next level of French class – or even the school year – options like TV shows, educational toys and reading material are plentiful for K-6 graders, helping them take learning beyond the classroom.

While it’s common in other parts of the world for kids to learn multiple foreign languages as part of their formal education, bilingualism in American students still falls short of the international mark.

So how can parents, with perhaps only a few years of high school Spanish or French, help foster a home environment that encourages their children’s foreign language learning?

“Even more important than the bilingual toys I believe in, for me, it is the attitude of the parent that makes the biggest difference,” says Tracy Burroughs, a Spanish teacher. “When parents show that they consider themselves citizens of the world – and if you show that you respect your child when they learn – it opens things.”

Teachers teach, Burroughs says, but when a child learns with an open mind, they progress much more readily. “If parents put a value on learning a foreign language,” Burrough explains, “the children will value it, too.”

Burroughs points out that while each individual school may have its own language teaching philosophy, elementary children generally learn best by “doing.”

“They will learn by hearing it and doing it,” Burroughs says of the songs, rhymes and poetry used for younger grades. Older children up through sixth grade can benefit from watching educational programming and DVDs in the selected language.

But for any elementary-grade student, emphasizing the importance of learning the new language as a family is paramount.

“Younger kids want to be like mom and dad,” says Burroughs. “So as much as you know, if you use it, the children will model that respect and interest.”

‘One Person, One Language’

Mariser Manns of Westland is a Mexican-born mother of two. Married to an English-speaking American, Manns has used what is referred to as the “One Person, One Language (OPOL)” method of teaching her children both English and Spanish.

She speaks to them mostly in Spanish; her husband speaks to the children in English. But even with a built-in advantage, Manns admits that her children were stronger in Spanish until they began attending school, in which English is the primary language used.

“I think the children need to be in a school that is bilingual if parents really want to help them grow,” says Manns, also a Spanish teacher.

She also recommends learning as a family: “Translate sentences together and make it a family experience,” she says. “I was learning sign language with my children, and we can say simple sentences in the language.”

Parents also can try to help encourage a bilingual environment outside of the classroom with the following tips:

Since school-age children are heavily immersed in learning the ins and outs of proper English – such as pronunciation, spelling and proper sentence structure – introducing a second language will confuse the child, many parents fear.

But Manns says parents shouldn’t be concerned: “The children grow up speaking five languages in Europe,” she says. “They adapt and they learn and can then communicate on a much broader level. It is an advantage.”

This post was originally published in 2010 and has been updated in 2015.