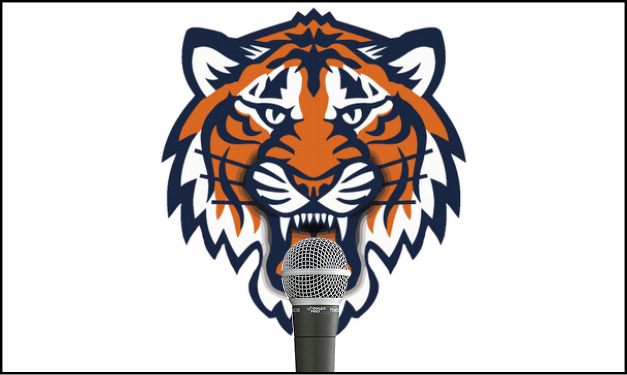 Northville resident and new Hillside Middle School sixth grader, Brooklyn Stack, age 11, has a lot to be proud of these days. In fact, Brooklyn will take the stage during the Detroit Tigers game on Sunday, Aug. 3, 2014 to sing the national anthem in front for the stadium crowd.

Brooklyn developed her love of singing before her elementary school years, and her passion for performing has grown from just a hobby to a dream – which she will soon be sharing with tens of thousands of people in southeast Michigan.

“Brooklyn has been singing since she was 4 years old,” says mom, Janet Stack. “She first started singing around the house, and then at age 5 she began singing in front of people.”

During Brooklyn’s first performance, she sang ‘Danny Boy’ for a marathon at a Ferndale cafe. She then went on to win first place in her category for singing the classic tune, “Tomorrow” from the Broadway play Annie.

“The judges were so impressed with her performance that they invited her join a theater group even though she was a year shy of the minimum age requirement,” Janet says.

This Sunday, fans all across metro Detroit will be hearing Brooklyn’s talented during her performance at Comerica Park.

“We are thrilled, nervous and super excited,” Janet says. “Not only is this a huge opportunity for her, but we are also big Tiger fans, too.”

And after persistently pursuing the chance on her own, Brooklyn’s video was finally chosen among the many others who also submitted audition tapes.

“I can’t wait for all my family and friends to come down and see me perform,” says Brooklyn. “I’m also excited to be out on the field and close to the team.”

Every Sunday is Kid’s Day for the Tigers – and Janet explains there is always a different kid’s choir or performer singing the national anthem each week. They never know which performances will be televised, so Brooklyn and her family are keeping their fingers crossed that hers will be one of the lucky few.

Brooklyn says she’s just honored to have the chance to sing at such a large venue so early in her career. In addition, she’s also excited to be able to perform in front of her three favorite players: Alex Avila, Miguel Cabrera and Torii Hunter.

U.S. News & World Report have released its rankings of the best children's hospitals and three Michigan pediatric hospitals have made the cut.
Read more
Parenting