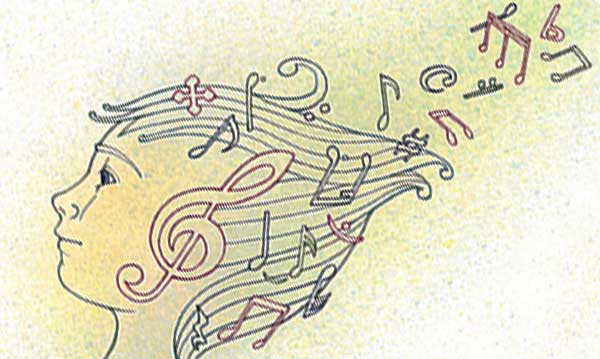 Musical training actually helps with your child’s emotional and behavioral maturity, according to a new study by the University of Vermont College of Medicine. Thanks to those drum, guitar or piano lessons, kids become more focused and controlled, it says. And that’s familiar music to the ears of guitar teacher Henry Bahrou at Grosse Pointe Music Academy.

“I see it all the time: students doing better in school, especially in mathematics and in reading,” he says. There’s a discipline in learning an instrument – and when he learned to play the guitar, Bahrou says he actually started putting that same discipline into other parts of his life.

“I applied the same techniques of forcing myself to focus,” he says. Bahrou, who’s a stepdad to two girls ages 9 and 13, says his youngest actually excelled in school after learning the piano.

Could music training, which often gets cut from schools, do for your brain what exercise does for your body?

As children get older, their cortex – or outer layer of the brain – gets thicker. Researchers at the University of Vermont had previously looked at MRI data and found that “thickening or thinning in specific areas of the brain reflected the occurrence of anxiety and depression, attention problems, aggression and behavior control issues, even in healthy kids,” a press release notes.

In the study, James Hudziak, M.D., a professor of psychiatry and director of the Vermont Center for Children, Youth and Families, wanted to see if something positive, like music training, could influence the cortex. So, he and his team examined 232 brain scans of kids ages 6-18.

They were able to access IQ and musical training data for each child. And they found that – sure enough – in kids who practiced music, the cortex was thicker in parts of the brain responsible for memory, attention and organizational skills.

Even though science shows musical training has mental payoff, it’s often cut from schools first when budgets are slashed. In an effort to highlight the importance of music education, the National Association for Music Education (NAfME) encourages schools to celebrate Music in Our Schools Month – which is celebrating its 30th anniversary this March.

Parents can definitely riff on this tune, too. How?

“Play music at home,” Bahrou says. “Make it a point for them to hear other genres.”

From classical collections to favorite folk finds, expand your child’s musical horizons for free by playing with playlists on Pandora.

You can even take kids to venues like The Ark in Ann Arbor, he says.

“There’s so many amazingly talented musicians that come through that place – and many other venues like it,” he says. Such places are small, and kids can actually meet the musicians during intermission or even after the show.

This exposure might encourage them to pick something up.

Did you play an instrument years ago, but haven’t in a while? It’s time to dig that guitar out of the back of your closet, Bahrou says. Start playing again and your kiddo could follow suit.

And if your child’s school isn’t providing music education to its students, lessons at businesses like the Grosse Pointe Music Academy could be a good fit. They offer Music Together classes for birth to age 5, along with instrumental and voice lessons. Kids can take private lessons or join group ensemble classes, too.