Local children can learn Tang Soo Do, a type of Korean karate, at this Detroit spot, which is PKSA's only urban location. 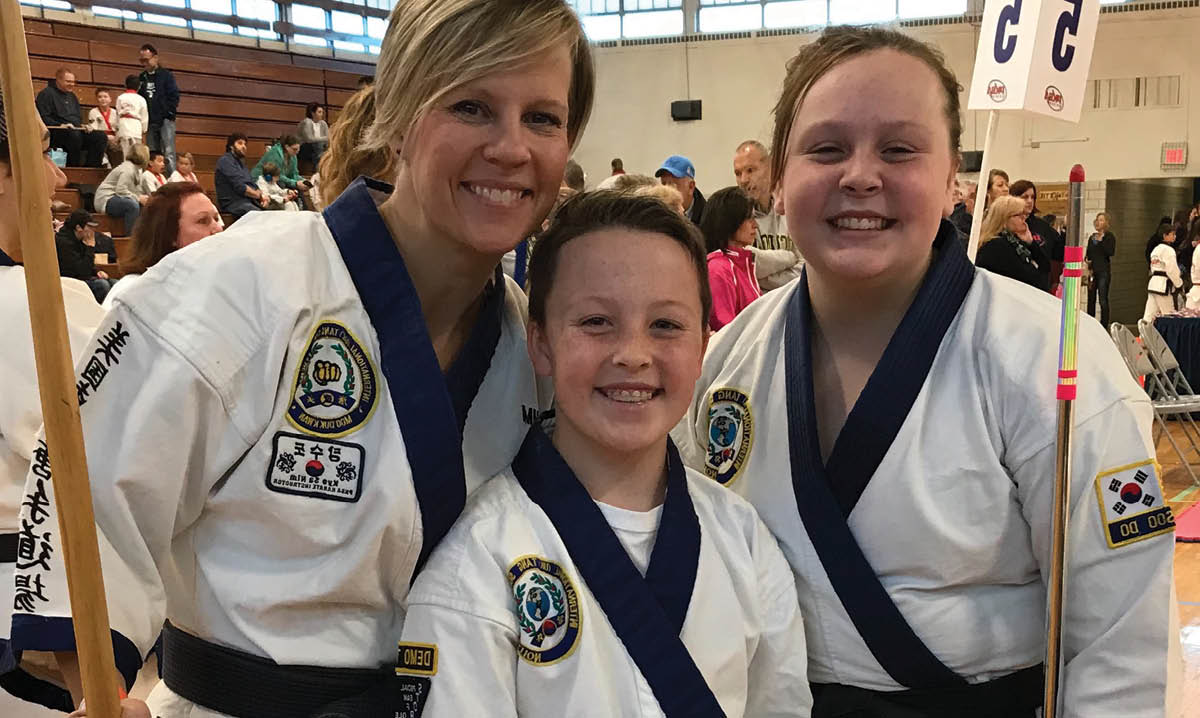 When Jen Zieger saw her now-13-year-old daughter Lillian kicking, punching and sparring with other kids eight years ago, she didn’t tell her to stop. Instead, she joined her – in practicing Tang Soo Do, a type of Korean karate.

Now, Jen runs PKSA Karate Detroit. Opened in Midtown last fall, it’s part of a national martial arts franchise based in Flat Rock. Among its 28 metro Detroit branches, Jen says, “We are the only urban location.” The experience packs in plenty of benefits.

“Karate gives you this self-confidence,” says Lillian, who’s a second-degree black belt just like her mom. “There are no popular, cool kids. Everyone loves each other.”

Jen says she opened a dojang – aka training place – to share Tang Soo Do with other families.

“Karate has brought us together in ways that nothing else could,” says Jen, whose two younger kids, Annie, 10, and Jeremiah, 7, are also involved. “Yes we’re teaching kicking and punching, but we’re also teaching how to change your perspective.” And, when kids compete, the sport’s emphasis on kindness takes over.

“We were at a tournament not too long ago, and the second-place winner was congratulating the kid that won,” Jen says. “And the parent said, ‘That’s not normal!’ But these kids genuinely root for each other.”

Lillian adds, “It’s like a family. Everybody belongs. All of us.”