Whether your kid is in preschool or high school, a bit of tube time can actually be educational. Here are some questions to ask kids about TV shows by age. 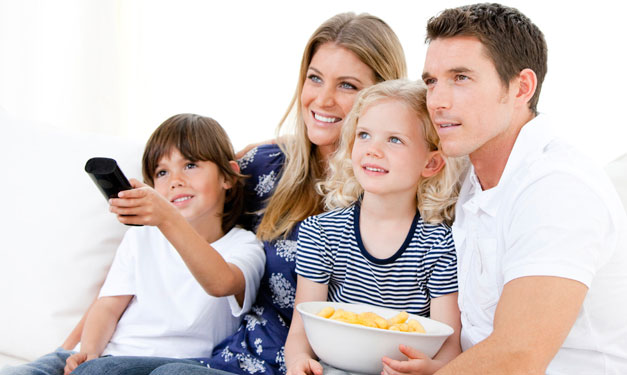 Keep your kids talking – and, more importantly, thinking! – long after you’ve turned off Nickelodeon, Disney, or other kid-friendly shows with these age-appropriate questions to ask kids about the TV programs they watch.

Wondering how to make watching educational TV shows for kids even more of a learning experience? Learn about the benefits of watching television as a family.

For little kids, the American Academy of Pediatrics used to recommend no screens before 2 years old– but not anymore. As of 2016, the new guidelines state, “Some media can have educational value for children starting at around 18 months of age, but it’s critically important that this be high-quality programming.”

For kids under 18 months, the AAP recommends no screen media, but video chatting is fine. For kids 18-24 months old, it’s all about parents seeking out that high-quality programming and using it as teachable, quality time.

Still, it emphasizes parents should, “prioritize creative, unplugged playtime for infants and toddlers.”

Have fun with your child going through what he’s seeing and hearing during a TV show. Ask:

Build on the learning concepts in television shows for grade schoolers by encouraging them to see how things compare to their own experiences. Ask:

Shows for tweens tend to have more plot developments that are driven directly by the characters’ actions. Ask:

For teens, shows often include characters that are testing the boundaries of what’s acceptable. Have an open conversation with your teen about your values and expectations for his or her behavior by discussing what’s happening on the show. Ask:

Learn how to cutback on screen time in your house with these tips.

Did you try using these tips and questions to talk to your child about a TV program you watched together? Were these tips helpful? Tell us in the comments!