There are many great cases for why kids should play sports. Here are six of the skills kids can glean from activities ranging from soccer to cheerleading. 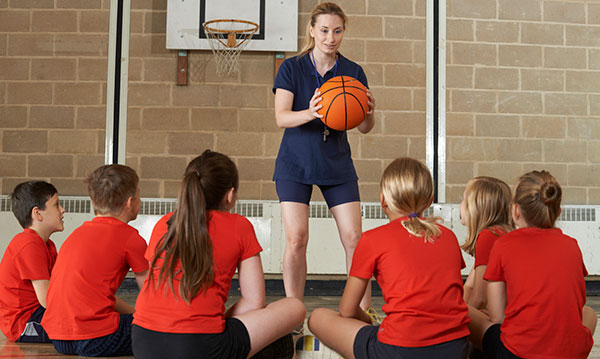 For kids looking for something to do after school, youth sports offer a variety of activities in short sessions. And there are plenty of reasons why kids should play sports – and even several different ones over time – during their school years.

Joining a team flexes plenty of important muscles for kids. And we’re not talking just about exercise. Children learn valuable life lessons along the way, too.

Youth sports like soccer, basketball, football, cheerleading and baseball are just a few of the sports available to kids starting at age 3.

Parents sometimes question why kids should play sports – but, according to youth sports leaders in metro Detroit, the benefits are numerous.

“The kids learn life skills, and that’s not stuff they can learn on TV or through video games.”

According to Chris Novak, owner of i9 Sports of East Oakland County, even the shyest kids can learn social skills playing team sports.

“My oldest daughter is very quiet and very shy,” Novak says. “By getting her out there, she made new friends. She got out of her box.”

He says that even kids who might not be the most talented athletes can learn from the other kids and the way they interact with each other.

“The organized and structured exercise keeps kids from getting bored as quickly,” Novak says.

Novak says to keep kids interested, parents have to select the best program for them. He says of all the sports, basketball seems to be the hardest for the younger kids because there are so many concepts involved. He says the younger children tend to enjoy soccer and T-ball.

The shorter seasons of the i9 Sports also help keep the children involved.

“We have seven-week seasons,” Novak says. “It means that kids can rotate sports throughout the year or just try one without having to commit to a long season.”

Seewald says that kids need more than just physical exercise, and youth sports can provide that.

“Kids need to get into programs where they can exercise their body and their minds,” says Seewald.

The i9 Sports programs have sportsmanship curriculum, which Novak says isn’t offered through all youth sports programs, but is important. The i9 program teaches young kids things like how to be teammates and buddies and how to be brave.

“These are life skills for the kids. We use sports to teach them these skills,” Novak says.

The kids can also find a place to grow personally.

“With the right environment, a team can provide a sense of belonging,” Seewald says.

“When you are in sports, you learn how to work with other kids and be on a team. Kids often come in always wanting to have the ball, but they learn how to share with teammates and cheer each other on,” says Novak.

Seewald says it also teaches the children the value of each teammate.

“Parents should introduce the kids to a sport, ask them if they would like to play on a team and then commit to the season. Once the child is on the team, they need to learn that the team is relying on them to be at the practices and the games,” Seewald says.

He says kids need to play out the season – even if they want to give up. Many often have complaints at the beginning, but once they get involved with the team, they end up enjoying themselves.

“We want to teach kids how to compete with others. We teach them to try their best and know they are going to lose sometimes and win sometimes,” Novak says.

“We also instill in them that the more they practice, the better they will get over time. We try to illustrate that concept outside of sports, as well. If you practice spelling and math, you will get better at that over time as well.”

Seewald says some kids are more competitive than others. Parents will start to see the competitive nature of kids coming through at home through playing board games and other activities. Putting them on a team gives them a healthy outlet for competition.

Through youth sports, Seewald says parents and kids not only benefit themselves, but also the community.

“If I’m a parent with a kid in youth sports, I need to get involved. By volunteering, I’m meeting the parents of the other kids and their children. I get to know those people. We are coming together,” Seewald says.

“Get your kid into a house program, the YMCA or other community program. I encourage parents to put young kids in day camps and other short sports programs to try out a variety of sports,” Seewald adds.

Baby and Toddler Events in Metro Detroit and Ann Arbor

Looking for something fun to do with your baby or toddler this weekend? Check out these upcoming events in Macomb, Oakland, Wayne and Washtenaw counties.
Read more
Advice

What should American children know about our country, and how can parents instill patriotism for kids at their home? Teachers share these 10 examples of patriotism.
Read more
Guides