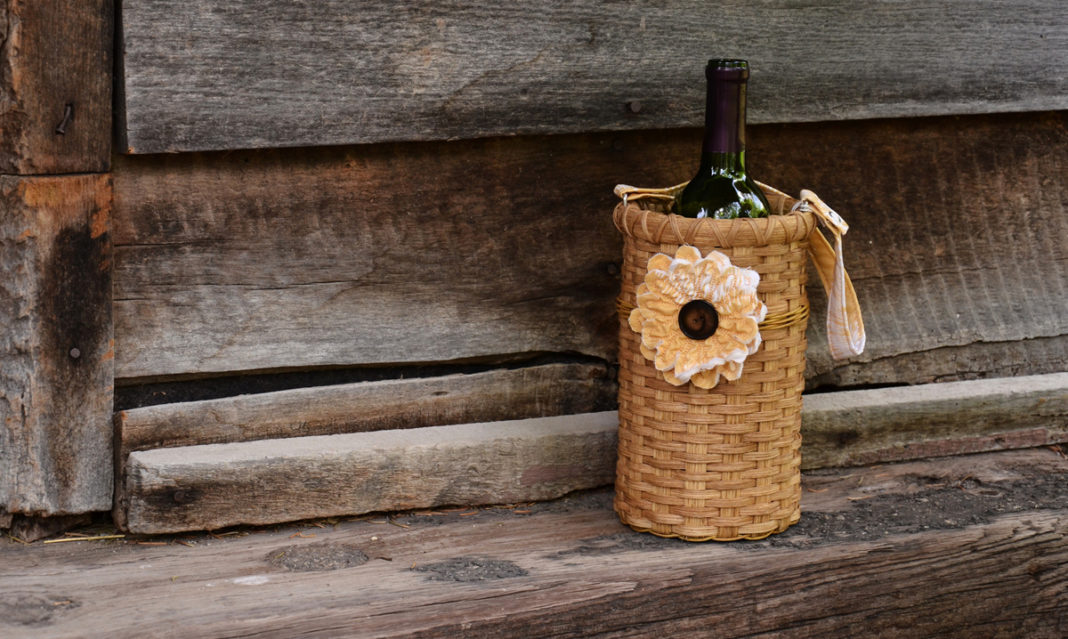 Someone who “whines a lot” is usually someone to avoid, but for many local moms during quarantine, “wining” became a way of supporting one another.

As COVID-19 continues to prevent large social gatherings, many moms and dads are stuck without connections outside of their immediate families, but with the help of Facebook “traveling” wine and bourbon groups, strangers and friends alike are making new kinds of friendships.

The founder of two of the biggest traveling wine groups — one in Macomb County and one in Wayne County — says she was in a wine club with some friends, but they were forced to stop meeting when the lockdown was announced. That’s when she had a new idea.

“My friend Emily and I wanted to do something for people during lockdown…maybe get some gift baskets together, then we saw other people doing that and dropping them off, but there was nothing for Macomb County,” says Shantail Jefferson, a co-founder and resident of Chesterfield Township. “I wanted to bring it to my area, and I made one for Wayne County too because I have family there.”

Many of the group members are undergoing chemotherapy during the pandemic, so having wine and other gifts dropped off also reduces their trips out of the house and keeps them safer.

“A lot of ladies are going through chemo and it’s amazing that they have someone to talk to about it,” Jefferson says. “This group has really touched me.”

Once a Facebook user asks to join Macomb County Ladies Wine Me Club, she must answer a series of questions including one to make sure no one under 21 joins.

After that, the setup is pretty simple: make a post stating which area you’d like to “wine” and other members will comment or direct message their addresses.

“Sometimes people like to surprise [whomever they are wining] and make a post saying ‘I’m looking to wine in this area and I’ll ‘wine’ you if you can guess my favorite color,'” Jefferson says. “Then they can drop if off and make it a surprise or they can call ahead; we just ask them to follow state and local laws and wear a mask to be safe.”

Jefferson, a mom of a 3, 6, and 7-year-old, said the group has attracted a lot of parents, but there are women without children and grandmothers in the group as well. Now that membership has passed 500, she likens running it to a fulltime job.

“We have literally 83 members requesting to get in right now, and I go through their profiles and make sure they’re actually 21 and I look through everything,” she says. “It really is like a fulltime job, but I want to make sure my ladies are safe!”

Jefferson says she’s lost count of how many people she has personally wined, and with the group now one of the largest in the area, she has even run into strangers who are members while out.

“I met someone in the group at the Dollar Tree when I was buying hand sanitizers to put in the baskets,” she says. “I told her I was making the baskets for the group and she said she was in the same group. I was like, ‘No way–I’m the founder!’ and we were both like, ‘Oh my god!'”

Jefferson says that members often post questions related to daily life or share personal details on the page and real friendships have formed as a result.

“One of the ladies, she shared with us a week after wining that she has cancer,” she says. “We all came together and made her a huge basket and handmade a couple gifts with the breast cancer logo as well. It’s literally become a sisterhood.”

“Everyone is going through different challenges right now and we all come together to help each other,” she adds. “There are pregnant women in the group, too, so it’s not always about wining each other, it’s about talking about women’s issues. It’s being able to communicate together.”