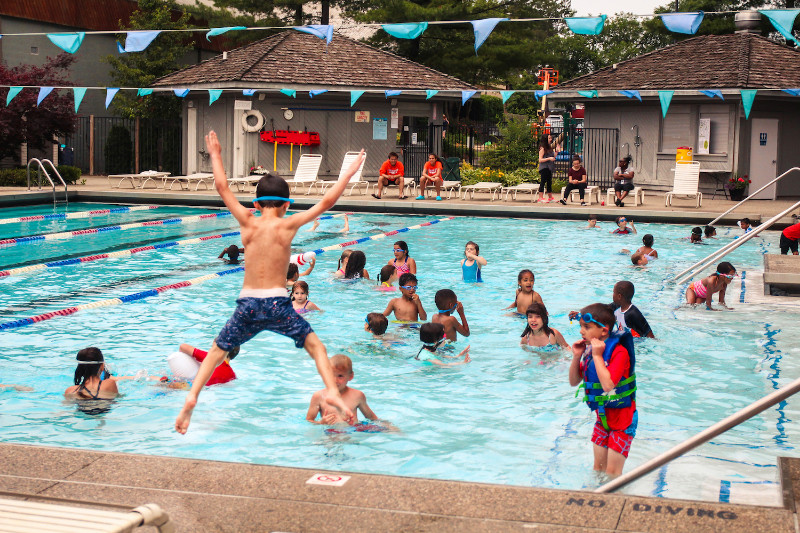 "Most of our camps are super flexible," says Lori Allmacher, program director at the Franklin Athletic Club.

The flexibility is great for families who might not be able to commit to a full week of camp. You can pick one day, Allmacher says, or opt for the entire week Ñ it just depends on what works for your family. Want to drop the kiddos off for camp but you didn't plan ahead? Walk-ins are rarely turned away either, she says.

There are about 30 different camp options to choose from. Some of the new camps for summer 2020 include a Ninja Warrior camp, Pet camp, Fairy Tale camp, Girls on the Go camp, and Mini Mights Basketball camp.

Additional camp choices include swim, Fit Kid, Tennis, Flag Football, Robotics,Nerf, BeyBlade,Theatre, Pistons basketball, gymnastics, Nike Basketball, and even a toddler camp for children as young as 2. Kids in the toddler camp, known as Camp Tiny Tot, do not need to be potty trained, Allmacher says.

The Fun and Games camp is a popular pick each year Ñ along with the tennis, basketball and swim camps.

The variety of camps themes is what makes Franklin Athletic Club's summer camps so unique.

"I think we really think about what kids are into, because things come and go," Allmacher says.

Campers move around a lot during their day at the Franklin Athletic Club, Allmacher says. In fact, they aren't confined to one area all day. Campers get to take advantage of several of the offerings at this 250,000-square-foot facility, including the indoor and outdoor pools.

Campers also take part in crafting, enrichment opportunities and other projects during their summer. "Their minds are keeping busy," Allmacher says. "Camp is keeping their mind very active over the summer when they aren't getting the academics."

So, whether kids opt for a sports-related camp, Lego Robotics camp or FairyTale camp, there's something for every camper at Franklin Athletic Club each summer.

Before- and after-care is offered, too. Children can be dropped off as early as 7:30 a.m. and picked up as late as 6 p.m. to accommodate working families.

Families interested in enrolling can receive the early bird discount of 10 percent off if they register on or before April 19, 2020. There are no upfront fees, she says. Families pay the Friday before their child's day camp takes place.

For more information on these day camp offerings and enrollment, visit the Franklin Athletic Club website.