Home Family Travel Halloween Fun for Families – Near and Far 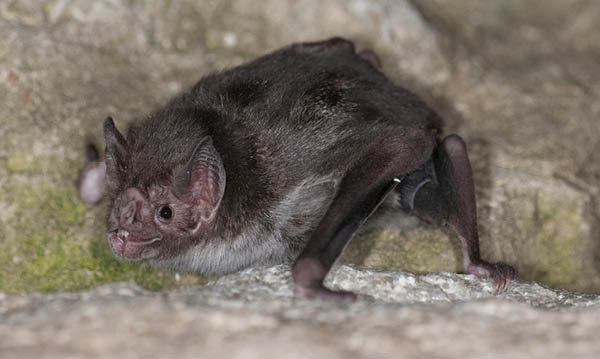 To the bat zone!

It’s a primo month to hang with 200 nocturnal critters in their spruced-up “cave.” For its 14th birthday year, the Bat Zone – at the Cranbrook Institute of Science in Bloomfield Hills – renovated its space for beasts and peeps alike.

“The animal viewing is even better,” says Rob Mies, executive director for the Organization for Bat Conservation. “It’s now really opened it up.” Outside, you’ll find owls swooping in a new enclosed flight enclosure. Inside, faux foliage is gone, replaced by hip repurposed-wood walls and more space. A swap from Plexiglas to real glass also gives clearer peeks at the bats, a two-toed sloth and more. The ’60s-era building got new HVAC, lighting, flooring and a kitchen, too. Plus kids can see how bats deftly detect objects in the dark with an iPad that shows sound waves.

Note: This venue permanently closed in February 2018. Many of the bats are moving to the Detroit Zoo in Royal Oak.

Technically it’s not swearing. Hell is the Michigan community whose name everyone loves to say. And in fall, it plays up its sassy shtick.

“Go to Hell, Michigan, and take a drive down D32, the highway to Hell,” says Judi Wilcox, who runs social media for Screams Ice Cream, known for its Grave Digger Sundae and “droppings” it calls toe nail clippings, bugs and dirt. “Bring your family for a day of fun.” Till Oct. 30, Hell-o-ween Weekends feature pumpkin carving, costume contests and more. Check out the brilliant fall colors too.

Bigfoot, Yetis and “Fiji mermaids” all exist – at the International Cryptozoology Museum. Set in the other Portland (Maine), this “cabinet of curiosities” curates replicas and artifacts of animals still unverified by science. It’s a great “gateway science” for kids, its site notes. But who doesn’t want a selfie by an 8-foot-tall sasquatch? Visit 11 a.m.-4 p.m. daily minus Tuesdays ($5-$10). Later, try the city’s Wicked Walking Tours ($14-$20).