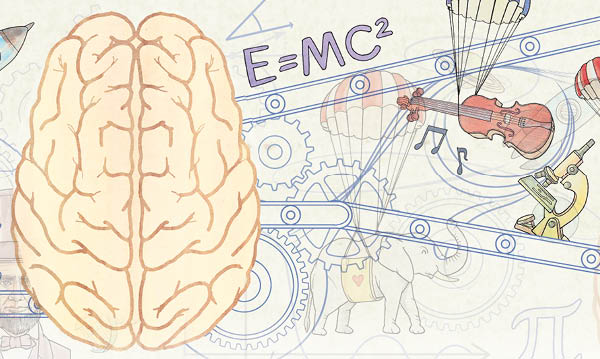 “You’re so smart!” It’s a phrase commonly used with children in an effort to praise them for mastering a topic or getting a good grade on a test.

But despite parents’ best intentions, using the term can actually be harmful in how a child views his or her intelligence. It’s a matter of mindset, experts say, and using words like “smart” enforces a fixed mindset instead of a growth mindset.

With a fixed mindset, a child believes his or her intelligence is set. He might be good at math or bad at science, and that’s just the way it is – there’s no changing it. Same can be said for personality traits like being “shy.”

Using a growth mindset, though, a child believes hard work and persistence will lead to success in any topic. A struggle doesn’t imply an inherent inability – it’s just part of the process.

“We want to be careful about how often we tell kids they’re smart,” says Dr. Lisa Damour, a clinical psychologist, author and school consultant who lives in Ohio. “When they get to work that’s hard, they think, ‘That must mean I’m not as bright as everybody thought I was.’ They can back away from hard work.”

Parents should praise the process instead of the end result, complimenting kids on their persistence instead of the percentile at the top of the page.

“If you say ‘you’re smart,’ that’s inducing a fixed mindset,” says Hans Schroder, a fourth-year graduate student in the clinical psychology program at Michigan State University. “Instead you want to focus on the effort, the strategy, the specific thing that you did to earn that score.”

If you only praise the outcome, children may question their intelligence when errors are inevitably made. If a child is told he’s “smart” for earning a high score on a test, what does it say about his intelligence when he makes a mistake?

“Kids come to that conclusion by themselves,” says Schroder, who has been studying cognitive processes with MSU professor Dr. Jason Moser since 2009.

So what does it take for a child to adopt a growth mindset? One way is making mistakes and finding a way to improve, Schroder says.

“If you practice failing, making mistakes and learning different ways to overcome them, you’re using a growth mindset,” he says.

That also comes into play when a child feels he or she just isn’t “good” at something.

“We don’t like it when we feel bad – we hate it, we do anything to avoid feeling it at all,” Schroder says. “I think the parents can validate that feeling – ‘Yeah, it seems really hard, doesn’t it? But maybe try a different strategy.'”

The growth mindset is “all about seeking help and trying different strategies,” he says. “The fixed mindset is, ‘I didn’t get it the first time; that says something about me as a person.'”

Coined by researcher Dr. Carol Dweck in her 2006 book Mindset, the growth mindset and strategies to foster it have been catching on among educators and parents alike.

“For an academic idea that has major implications, it’s actually surprisingly simple,” says Damour, who graduated from Yale University before receiving her doctorate at the University of Michigan. “I think a lot of schools are picking it up. The more, the better.”

By encouraging a growth mindset early on, kids will be able to recall times that they were praised not for positive results but for the hard work they put forth. That applies whether it’s building a Lego set, learning to write their name or figuring out their first math facts.

“Use elementary school, when a child is really confident, to start them down the growth mindset path,” Damour says.

One common way that parents reassure children who are struggling is to relate to their problem. “I wasn’t good at math, either,” a parent might say. But this can also backfire, Damour says.

“It’s exactly the opposite of what we want parents to do at this point. That response reinforces the idea that you either have a skill or you don’t, which is the fixed mindset opposed to the idea that what you really want to learn will take effort and time to get good at,” she says.

What to say instead

Praise for effort can be offered in many ways, Damour says.

“I really see how hard you worked on this project. I’m so proud of you,” she offers as an example.

You might also consider telling your child that bringing home a lower grade on a subject they struggle with can be even more impressive than earning an “A” on a subject that comes easily.

“I love it when parents say things to their children along the lines of, ‘I’m much more impressed when you stick with it and persist even if you bring home a B or a C,'” Damour says. “Put your money where your mouth is in terms of your praise. As a culture we love the idea of the perfect, polished finished product and anyone who can create that. When we’re always celebrating that. It’s a very fixed mindset message.”

Of course, some kids won’t have to work as hard as others to achieve the same results – and children are likely to notice this fact. Remind your child that in some cases, those students are putting in more effort than you think.

“Often kids feel like, ‘Wow, that’s so magical that she knows the answer’ and what they don’t appreciate is that yeah, she went home and did her homework for two hours and didn’t look up. What looks like magic is actually a lot of work,” Damour says.

In other cases, very bright students can serve as an inspiration – and the chance to teach an important life lesson.

“Really hold out the idea that people who are stronger than us can either be a source of humiliation or inspiration,” she says. “And given that there will always be someone out there who can do better than they can, the earlier kids can see that as an inspiring thing, the better.”

If your child feels frustrated because of her struggle with a subject or because one of her peers is performing better, your role as a parent isn’t only to use words to encourage a growth mindset – you also have to accept and believe it yourself.

“If a parent wants to reassure children along these lines, they have to really have a comfortable, easy and confident tone,” Damour says. “If the parent is saying that in a frantic and anxious tone, the words don’t really matter.”

Parents should also emphasize that the brain is a muscle, and every chance to work hard at something is exercising and building that muscle, Damour says. You can also use real-life examples from the child’s life.

“‘Hey, remember how when you were building that fort outside and it kept falling down and you stayed out there for three hours? That was you showing us just how much persistence you have. That kind of persistence will help you here with your math facts,'” Damour offers as an example. “It gives parents a way to talk about their kids from a position of strength. You have this skillset, you just need to put it over here also.”

Debbie Himelhoch, a second grader teacher at Cranbrook Schools Brookside Lower School in Bloomfield Hills, says part of encouraging perseverance in the school setting is teaching kids that it’s not only acceptable but expected that they ask questions and seek out help.

“It’s OK to say, ‘I don’t understand. Can you show me a different way to learn?’ As teachers, we really work hard on giving them the language to feel confident and how to ask for help when needed,” says Himelhoch, who has been teaching at Cranbrook for 30 years.

“Not everything in school is going to be easy, but we want them to know that they can do it. Keep trying, put the effort in,” she says. “I’ve said so many times to my kids, ‘We don’t expect you to know it all. That’s why you’re in school. You’re here to learn.'”

Sometimes a child simply needs time to work through a challenge.

“Giving them time to figure out what works and how to solve problems – that’s really important, too,” Himelhoch says.

She encourages parents to be specific in their praise: “‘I noticed that you learned all your multiplication facts,’ or, ‘You’re reading slowly, just the way we talked about,'” she suggests. “Give them specific things that you’re observing.”

As a parent, Himelhoch has also found that showing her children their old projects from previous school years can be a great way to highlight how much they’ve progressed.

“I think they don’t realize it,” she says. “Sometimes those concrete things are really helpful.”