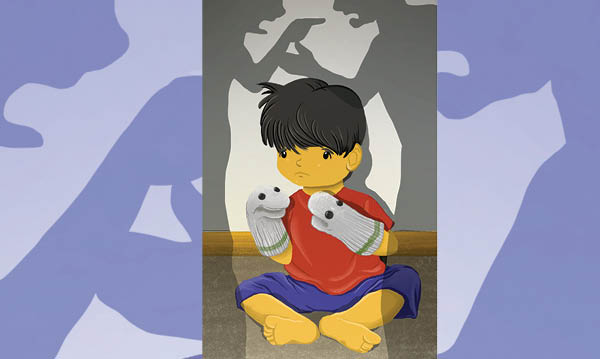 Remember the Al Green ’70s hit, “Let’s Stay Together”? He croons about “loving you whether times are good or bad, happy or sad.” They’re nice sentiments. But they’re not reality for many. In fact, 40 to 50 percent of marriages end in divorce, the American Psychological Association reports.

Still, some couples stick it out – “for the kids.” But should they?

“Staying together for the kids is kind of an old, outdated adage that people still use,” says Cynthia Reynolds, executive director of First Family Counseling with offices in Bingham Farms and Detroit.

And that’s not always best for the kids, a recent UK study finds. Teens and young adults ages 14-22 would prefer for their parents to split up instead of staying together for their sake.

“It’s more common for (older kids) because they are more mature and they usually have a more realistic view of how a relationship should be,” Reynolds, a mom to two biological sons and two adult stepchildren, says.

Older kids may have already experienced their own relationships that did not work out and have a better understanding about why relationships end.

“Younger kids usually want their parents to be together no matter what,” Reynolds says. “It’s a totally different dynamic.”

Eight out of 10 of the teens and young adults polled – all of whom had experienced parental separation or divorce – would prefer their parents split if they’re unhappy, says the study, first released late last year by a London-area family-law organization called Resolution. It’s not much different in the States.

It’s not necessarily the best example to set. When you’re in an unhealthy situation with your spouse, kids will pick up on that. “You can’t really hide things when you’re living with children in the same home.”

Also, 31 percent of youth polled said they wish their parents had been less “horrible” to each other – and them – during their separation or divorce.

While getting divorced is more widely accepted today than in the past, Reynolds urges couples to do everything they can to “repair relationships before disposing of them.” Get counseling or go on a retreat. Seek examples for conflict resolution, which is important to pass down to your children.

If you’ve decided to go separate ways, be mutually respectful and mature.

Also, do not expect kids to feel the way you feel about your spouse, and avoid delegating the responsibility of the children onto one parent. “You are both equally responsible,” she says. Your kids still have to be raised.

If you get remarried, don’t force your children to accept this new person as a parent figure. Conversely, don’t do just what children want.

“A lot of times, people say you have to base your decision for the kids. You don’t do anything to harm the kids, but everyone in the family unit is important,” Reynolds says. So don’t exclude your new spouse from a family trip because of the kids. It can’t be all about them in your next relationship.

“This is the new norm for us with blended and step families,” she says. “We have to do things to make this work everyone.”