Visitors to Wolcott Mill Metropark can take a step back in time and experience all of historic Wolcott Mill's attractions, including its 1840s grist and feed mill. 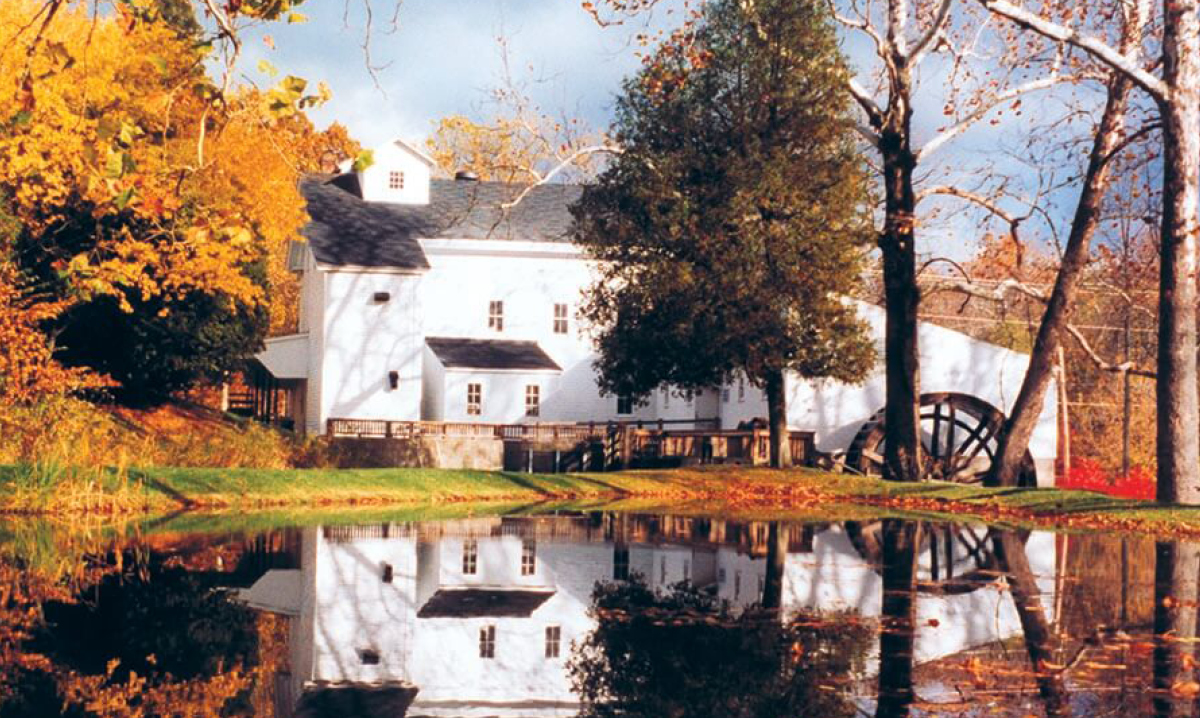 In 1847, an early Macomb County settler named Arad Freeman built a grist and feed mill along the north branch of the Clinton River in Ray Township.

Today, that mill, known as Wolcott Mill, is one of the few remaining historic grist and feed mills and is listed on the National Register of Historic Places through the National Park Service. Luckily for southeast Michigan families, kids can go back in time and experience this historic mill with a visit to Wolcott Mill Metropark, one of the 13 Huron-Clinton Metroparks.

“This mill, often called a grist mill, was used for taking whole grains and turning them into usable flour and meal, as well as production of animal feed,” says Jason Smith, supervising interpreter for the Wolcott Mill Farm and Historic Center.

While the mill is no longer in operation, it gives families a glimpse at the city’s rich agricultural history. If your family loves the outdoors and is interested in learning more about the history of a Macomb County gem, read on for more about this local landmark.

The grist and feed mill changed hands several times before Fred Wolcott purchased the property in 1878. That’s when the history of Wolcott Mill truly began.

“Fred Wolcott, his wife, Anna, and their 12 children purchased the mill and moved to Michigan from Nebraska, where he was a homesteader,” Smith says. “After arriving on site, Fred worked to update the mill and surrounding buildings to make them more suitable to run his business and raise his family.”

Some of these updates included a larger home, bigger, more modern outbuildings and changes in technology to operate the mill.

“Initially, the mill ran off a waterwheel and used sets of millstones to grind the grain,” Smith explains. “Wolcott replaced the waterwheel with more efficient turbines for power, and the millstones with higher capacity roller mills to process grains more effectively.”

Over time, electricity was installed to run the equipment, too.

Wolcott lived at the mill until his death in 1921. After that, his sons ran the business until it closed in 1967. The mill had a number of owners after that – but then, in the 1980s, the Huron-Clinton Metroparks purchased the property and turned it into the nature hotspot metro Detroiters now know and love.

The historic center is just one piece of the park, but it plays a large role in educating the community about the city’s past.

“Today it stands as an educational showpiece of technology and innovation that helped support a community, and the many people that relied on the mill support, both financially and nutritionally,” Smith says.

“We want to teach our visitors about grain production and to show them the machinery used in the process, much of which remains in the same place where it would have been during the mill’s operating years.”

There are educational displays, hands-on milling displays and more to explore at the center. Visitors can look through the mill building to see the machines involved in flour production, too, which is a must, Smith adds.

In addition to Wolcott Mill Historic Center, there is the Wolcott Mill Metropark Farm Center and the Camp Rotary. Essentially, this Metropark is three parks in one – and offers ample opportunity for exploration.

At the 250-acre Wolcott Farm, which is still a working farm today, families can get up close with farm animals.

“Wolcott Farm has beautiful trails, a historic mill, many programs and events, but it may be most beloved by families for its farm animals,” McMillan says. “From dairy cows to draft horses, donkeys to ducks, goats, sheep, chickens and more, Wolcott Farm provides an opportunity for families to connect with the rich agricultural history of Ray Township and rural southeastern Michigan.”

Camp Rotary offers outings for kids who are interested in experiencing the woodlands and meadows or those who would like to participate in an overnight group camp.

Visit the Huron-Clinton Metroparks website for details on events, tours and public programming.

Looking for the best place to score a paczki for Fat Tuesday? These bakeries in metro Detroit and Ann Arbor have you covered.
Read more
Macomb County Education