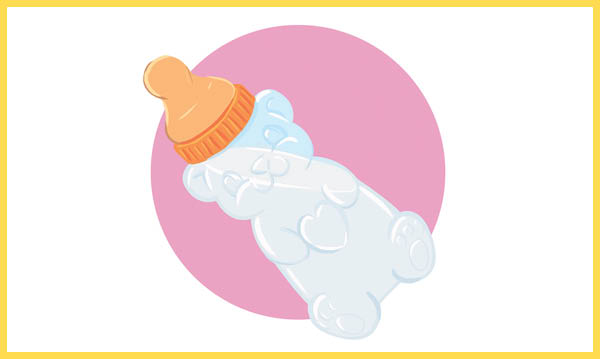 What’s good for the goose is good for the gander, but maybe not the gosling. Water, for example, which is great for mom and dad, can be lethal for baby. One Georgia couple found this out the tragic way when they lost their 10-week-old daughter in March after diluting the breast milk they fed her with water.

While the case is complicated – both parents reportedly denied the baby medical attention and were charged in her death – it underscores infants’ nutritional needs.

Luckily, keeping baby’s diet in check isn’t as hard as you might think. We chatted with 12-year veteran neonatologist (that’s a doctor who specializes in newborns) Kate Stanley with U-M C.S. Mott Children’s Hospital in Ann Arbor. This mom of two gave us the scoop on feeding baby properly.

Dangers of water. If babies get too much, it could cause water intoxication or dilute their sodium levels, Stanley explains. “Mainly it’s the low-salt issue that we worry about,” she says. “Babies can become lethargic and they can have seizures – but it would take a large amount of water to do that.” Because an infant’s kidneys are still immature, he or she may have trouble processing the added water.

Six-month sips. When baby is 6 months, mom and dad might want to introduce a cup. At this point, Stanley says it’s OK to start with less than an ounce of water in the cup to help kids learn – and no more than 1-2 ounces per day. This amount isn’t harmful, “but because there is no nutritional or hydration value to it, it is better to provide breast milk or formula” in a cup, she notes.

Transition to solids. Also around 6 months, Stanley says, solid foods can be gradually introduced – and expanded during the next six months. “Start out with an iron-fortified cereal,” she says. “Most kids work well with it.” She also recommends pureed vegetables and fruit, which have more complex flavors. Next, try iron-rich pureed meat. “The infant will naturally take less breast milk or formula as the proportion of solid food increases in their diet,” says Stanley.

One-year mark. “By one year of age, many infants begin to wean,” Stanley says. “At this time, cow’s milk can start to be introduced into the diet to replace infant formula or when breast milk is not available.” So when is water safe? “The amount of water that is dangerous varies depending the size of the person and their overall (kidney) function,” Stanley cautions. But “in general, after a year of age, drinking 2-3 ounces of water with a meal or snack or on a hot day is not harmful.”

Looking for the best place to score a paczki for Fat Tuesday? These bakeries in metro Detroit and Ann Arbor have you covered.
Read more
Attractions