Creating a Sleep Schedule for Your Baby

If you're wondering how to get a newborn to sleep through the night, we've got information to help you with the transition. 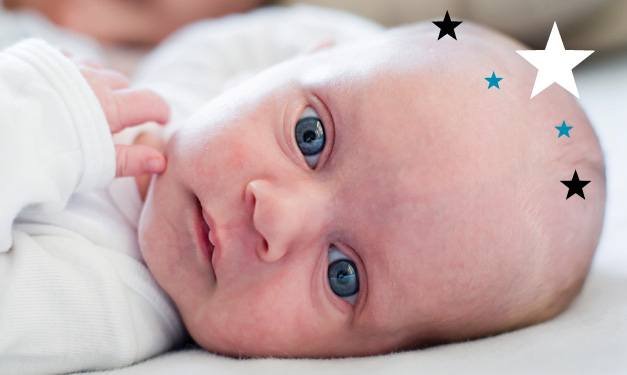 First-time mom Nicole Simaan of Grand Blanc thought she was prepared for the birth of her son last fall. Until it came to helping him sleep.

At 3 months old, her son was not napping during the day or sleeping any substantial stretches at night. Worn out and frustrated, Simaan needed help.

“My husband and I were out of sorts. The pediatrician said everything was fine medically. We had no idea why he wasn’t sleeping,” Simaan says. While she knew babies would wake to eat and needed playtime, she also knew the adage “sleep begets sleep” – and that without a good nap schedule, her son would never sleep well at night.

As she struggled to feel rested, she searched for others who could understand what she was going through. She read blogs, participated in online communities and talked to anyone she could. A friend soon connected her with local sleep coach Patrician Werner, founder of Baby Sleep All Night in West Bloomfield.

What’s the secret? There isn’t one particular thing, says Werner. It’s a combination of the baby’s sleep environment, temperament and consistency from the parents.

In the dark hours of a sleepless night, parents are often left wondering what to do and where to start.

“When we go home from the hospital, we get our car seat checked and we learn how to swaddle and we learn everything we need about nursing if we are going to do that, but no one says anything about sleep,” Werner says.

Werner learned this firsthand when two of her three children did not sleep well. Werner did the only thing she could – she called her mother.

“My mom had seven kids, and she had us all in a sleep routine. After I had my kids, I went to my mom and she guided me,” Werner says. With everything she learned through experience, along with a Maternity & Child Sleep Consultant certification, Werner is trained to help moms-to-be, as well as struggling parents, get beyond the sleep issues and teach their babies to self-soothe and sleep well.

“We all wake up a few times a night and we don’t even know it. We wake up, we get a drink, we go back to sleep. We know how to go back to sleep and how to do it on our own,” DeGraw says. He adds that babies are often rocked or fed to sleep, so when they wake up in the middle of the night, they need that comfort measure to return to sleep.

DeGraw says parents often get so desperate for sleep that co-sleeping, rocking and nursing become habits for both children and parents. Once the parents want to change their sleeping situation, they usually end up asking their pediatrician for help.

Both DeGraw and Werner agree that it takes commitment and consistency from the parents, but there are several methods for teaching babies to sleep on their own and parents have to do what is best for their family.

Clinton Township mom of three Lyndsay Bullock says sleep was important to her – and she wanted to teach her kids early.

“I think the general public believes a baby is brought home from the hospital, popped in a crib, and see you in the morning. It doesn’t work like that. With my son Brady, I was a first-time mom and read a book called Healthy Sleep Habit, Happy Child by Dr. Marc Weissbluth. It made sense to me,” Bullock says. However, when her second, Westley, came along, she soon realized all babies are not the same type of sleepers. “Westley was colicky, sensitive, very attached to breastfeeding, would not accept a pacifier and spent most of his day crying. Bedtime was a mess. He slept in a swing, or with me, for a long, long time.”

After months of co-sleeping, she finally decided to let him cry it out. Through the process of letting her child cry for several minutes at a time and going into the room and checking on him but not engaging him, Bullock, like many parents, taught her son how to self-soothe.

“The first night he cried for three hours. I was going back in the room every 20 minutes just dying,” Bullock says. While it took time to get him sleeping in his own bed and through the night, Bullock says at 3 years old, he’s now a great sleeper.

DeGraw says newborn babies don’t relate being rocked or being fed to falling asleep. After four months, the baby can make that connection. Still, it’s important to start healthy sleep habits early and teach them how to sleep without aids.

“The only way to learn to ride a bike is to actually ride a bike. You can’t learn just by age. Sleep is exactly the same way. I cannot learn to sleep without you until I have to fall asleep without you,” DeGraw says, adding that without early intervention, ever tweens can have trouble falling asleep on their own. “Kids have to learn to do some things without your help. It’s not mean; it’s called parenting. If parents are always hovering, the child won’t have the confidence to do it alone.”

With his patients, DeGraw recommends a cry-it-out method. As a child-abuse expert, he assures that the few days children are learning to put themselves to sleep will not impact them for the rest of their lives. DeGraw says the short-term stress has no long-term effect.

“As long as you are consistent and don’t give in, you will be successful,” DeGraw says. “Parents have to think to themselves ‘I’m going to do this 100 percent or not at all.'”

Good sleep beings on a schedule

“A good night’s sleep actually starts when baby wakes up in the morning. The wake-up time should be consistent,” Werner says. The baby’s day should be filled with consistent, planned and deliberate times of eating, activity and sleeping. Each sleeping period should include a wind-down routine, which is expanded at bedtime. “This is what I call sleep foundations. Many times, once these are in place, baby sleeps through the night.”

Werner’s method usually involves a modified version of cry-it-out, without making the parents feel uncomfortable. Her approach is to spend time talking with parents, learning more about the baby – and she gathers information about the baby’s sleeping arrangements and daily schedule before making a recommendation. Then, through phone or in-person meetings, she supports parents around the clock until baby is self-soothing and getting a good night’s sleep.

“The first three nights, as a mom, it was really hard,” says Simaan, who has used the Baby Sleep All Night services for several months. “To have Patty in your corner to remind you that you’re not a bad mom, you’re doing a great job, it just makes it so much easier. At first, I think I cried more than he did. I had to learn the cries. At first, I assumed if he cried, he needed me, but that wasn’t true.”

Werner says that mentality has led to a sleep problems for many families.

“We have a sleep epidemic right now because we want to do everything for our children and we want to help them,” Werner says. Sleep, she says, is not something parents can do for them, but rather something they need to teach them.

There are hundreds of books related to the topic of sleep. There are many parents searching for help and support from each other online. The issue of sleep is an important one. While Werner and DeGraw have different methods for teaching children to sleep, both agree it is an important concept.

As Werner says: “A well-rested family is a happy family.”

How busy moms can really — and should — make time for themselves.
Read more
Things to Do