Coping with a Miscarriage: Tips and Information

Plus details on how to break the news to loved ones, miscarriage statistics and more from a local doctor. 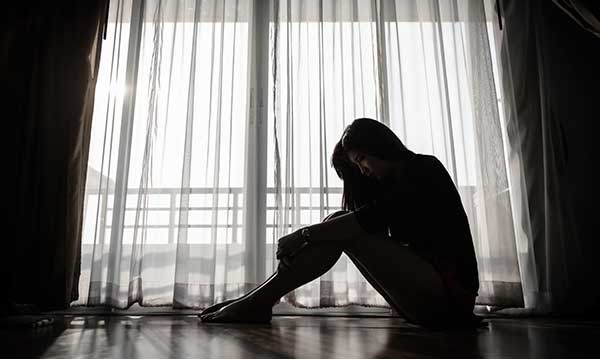 Whether you’ve been trying for two months or two years, there is an overwhelming amount of excitement that comes with discovering two pink lines on a pregnancy test. For many women, though, that happiness turns to despair when they discover they’ve miscarried.

One in three pregnancies end in miscarriage, says Dr. Ronald Strickler, a member of the division of reproductive endocrinology and infertility at Henry Ford Hospital in Troy. “As we develop tests that are more accurate, we now are able to detect very early pregnancies and realize how frequently they don’t go forward,” he adds. These miscarriages, which typically occur around five weeks and cannot be seen on ultrasounds, are known as chemical pregnancies.

Most miscarriages occur within the first trimester, and Strickler says that 70 percent of early miscarriages are genetic.

A small number of miscarriages are related to infection – or if you got a significant illness with a high fever above 102 degrees Fahrenheit, he adds.

Hormonal issues, undiagnosed thyroid disease, uterine abnormalities and certain medications can also cause a woman to miscarry, according to WebMD.

There’s no easy or right way to tell those closest to you about your miscarriage. It’s a personal choice how you break the news. “I’ve had patients who were by themselves and said, ‘no I don’t want to call my husband. I’m not going to do this over the phone. I want to be home, I want to do this in person,'” Strickler says.

Telling your spouse is one thing, but how do you break the news to the rest of your family and friends? About Health suggests keeping it simple. Tell people that you’ve had a miscarriage, but don’t get into too much detail. Send an email if it’s easier than breaking the news face-to-face, or ask a friend or relative to help you break the news to others.

Ultimately, how you tell people is a personal choice and you have to do what you’re most comfortable doing.

“Grief is normal,” Strickler says. “Pregnancy, that child is real the moment a lady begins to experience the physiological changes of pregnancy.”

For many men, that child isn’t “real” until it arrives, so they could have a less intense reaction to their wife’s miscarriage. Ladies, don’t fault them.

“Males tend to grieve by doing things and putting it out of (their) minds. Women tend to be more sensitive and turn inward,” he says.

Grief can also manifest itself as sadness, denial, insomnia, migraines, changes in behavior, loss of things that used to be important. Relying on family, friends and other support systems can really help a couple overcome the sadness. You can learn more about dealing with grief after loss in this article.

Support outside of family and close friends is a great option for many.

“Hospitals do have their own support groups,” Strickler says. “Usually they are almost AA in their design. They have some professional facilitation but are largely patient-driven.” Check with your healthcare provider for more information on these groups, if needed.

Strickler urges women to remember this about their miscarriage: “This wasn’t your doing,” he says. “Don’t blame yourself and look after yourself. It’s important to feel good about who you are.”