How to Increase Fertility: Tips for Getting Pregnant

If you've been trying to conceive but aren't having luck, you're not alone. Here, a local doctor weighs in with tips for getting pregnant. 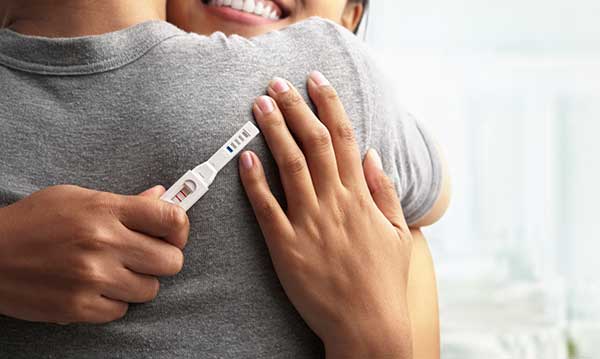 You’re finally ready to start a family, so you ditch the birth control and get down to it – only to start your period the following month. You may wonder what you’re doing wrong, but before you freak out, there’s just one thing to remember: “The chances of conception on a per-month basis are 8 to 12 percent” says Dr. Ronald Strickler, a member of the division of reproductive endocrinology, obstetrics and gynecology at Henry Ford Hospital in Troy.

Infertility is defined as “not being able to get pregnant despite having frequent, unprotected sex for at least a year for most people and six months in certain circumstances,” according to the Mayo Clinic.

For women under 30, the year mark is crucial, whereas for women over age 30, six months is around the time when women should contact their doctor, Strickler says. Most women, he notes, aren’t even waiting that long to visit their OB/GYN to explore if there are actually any issues that could be causing infertility.

If you’re looking for ways to increase fertility and other tips for getting pregnant, look no further. Here, Strickler provides information on increasing the odds of conception.

The obvious answer: sex. Alternate-day intercourse is ideal, Strickler notes. “One is guaranteeing that there is an ambush of sperm that’s breaking the egg.” Of course, you don’t have to limit the amount of sex you’re having, but be careful.

“More is OK, but with any activity, if it starts to become a chore, it becomes a problem and that can be a problem with sexual intercourse with a number of couples,” Strickler says.

Know when you’re fertile. You want to make sure you’re having this every-other-day sex during your most fertile period, which, according to WebMD, is known as your “fertile window.” This is the roughly six-day period that ends with your ovulation, which typically falls around day 14 of your cycle – but varies by woman. Track your ovulation by using one of the many available apps for your smartphone. Also, you can be determined when you’re ovulating by using an over-the-counter ovulation kit. Pick one up at any local pharmacy.

Take prenatal vitamins. Start taking prenatal vitamins about a month or two before you’re trying to conceive. Folic acid is key here. Strickler says it prevents neurotube or spinal issues and “there is good evidence that folic acid helps with reduction of miscarriage, as well,” he notes. You can pick up a prenatal vitamin at any local pharmacy. They even have gummy options for those who have a hard time keeping vitamins down.

Healthy diet and exercise. It seems obvious, but a good diet and exercise are always a part of the doctor’s recommendation for soon-to-be-pregnant women. Maintain a healthy weight – do not be too thin or too heavy, WebMD notes. Either side of the spectrum can pose problems.

“Extreme exercise may not be your friend and with enough exercise, you might actually skip a period or ovulation,” Strickler notes. So this is something to keep in mind if you’ve got an aggressive exercise routine. Avoid drinking too much alcohol and smoking. Even secondhand smoke can impair the fallopian tubes, Strickler says.

Male component. “As we see couples, it’s really an equal opportunity event,” Strickler says. Men bring something to the table, too. Strickler suggests that men avoid marijuana use, which is associated with breaks in the chromosomes, as well as alcohol. If a man is having more than two drinks per day, their sperm will be affected. Fifteen is the number of weekly drinks that begins to impair sperm, Strickler notes.

In addition, he suggests men avoid keeping cell phones in front pockets and placing laptops on their laps. “Heat is not a friend as far as sperm production. Sperm production is best at about one degree below, so anything that warms that scrotum is not helpful,” he says.

Plus, getting a sperm analysis will give a better understanding of the man’s volume of sperm, its shape, concentration and motility – whether the sperm are actually traveling to the egg.