How Safe Are Antidepressants During Pregnancy?

A local expert weighs in on which medications are safe and why it's so important to talk with your doctor. 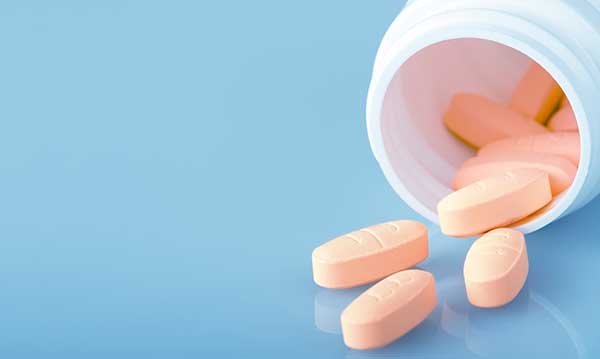 Getting help for anxiety or depression can be a challenge for anyone. For pregnant women, it can bring on a whole new set of worries and considerations.

Top among those concerns is whether or not it’s OK to take medications that help improve your mental health. Is it safe to take antidepressants during pregnancy? Will it put your baby at risk?

The answer, experts say, is that treating anxiety and depression is not just safe during pregnancy but also critical. In fact, the importance of treatment is increasingly emphasized among obstetricians, says Beaumont Health OB/GYN Cheryl Gibson-Fountain of Grosse Pointe Park.

“It is a really big deal,” Gibson-Fountain says, explaining the prevalence of maternal mental health disorders, which include those that take place during pregnancy or up to one year after baby is born. “About 20 percent of women actually will suffer from this.”

While counseling with a therapist can also be considered, a variety of medications are considered safe for pregnancy and can be prescribed by your OB/GYN or a psychiatrist.

“We do want women to be treated,” she says. “If we don’t treat, then the lack of treatment is actually worse than being treated.”

The latest research on the use of anti-anxiety and anti-depressant drugs during pregnancy is “reassuring,” Gibson-Fountain notes.

One of the most recent studies, published in September, looked at 2,654 pregnant women and found that certain medications may shorten gestation slightly – by less than two days on average for SSRI medications like Zoloft, Lexapro and Paxil – and that slightly more babies may need “minor respiratory interventions” at birth, NPR reports.

Although the medications aren’t risk-free, study author Dr. Kimberly Yonkers told NPR, “it should be reassuring that we’re not seeing a huge magnitude of an effect here.”

The research also looked at the use of benzodiazepines like Xanax, finding that this class of medications may shorten pregnancy by just over three days on average and could also be associated with an increased C-section rate and lower birth weight.

“We do not use Xanax,” Gibson-Fountain points out. “It’s really addictive, it has a high rate of risk of withdrawal, preterm birth [and other problems].”

Women who were already taking Xanax before becoming pregnant would typically be taken off that medication and prescribed an SSRI such as Zoloft.

“Zoloft is the drug of choice that we use,” she says.

Women already on another SSRI are usually advised to continue taking it if it works well for them.

“What happens with most women is they find out they’re pregnant and they stop the meds,” she says. “When they present to us for their prenatal care, if they did well with it before we put them back on it.”

According to the Centers for Disease Control and Prevention, abruptly stopping antidepressants can have serious consequences.

Misconceptions about medications can keep women from even bringing up new anxiety or depression symptoms with their physician during prenatal visits. Some women may feel confused about what’s happening or may fear being labeled.

“It’s important that their mental health be addressed and cared for,” Gibson-Fountain says, noting that some doctors may not be asking their patients about signs of depression. “What we really, really need to do is make sure that we’re screening the moms and making the diagnosis and then treating them. We’re probably only diagnosing and treating maybe just 15 percent of the women that are actually suffering from maternal mental health disorders. Of those, only six percent sustain the treatment. It’s really a big issue.”

Dosing is another potential area of concern. While women may want the lowest dose of a particular medication, it’s important for doctors to prescribe the “lowest effective dose,” Gibson-Fountain says.

“The point being it’s got to be effective,” she says.

Women should talk with their OB/GYN about any symptoms of anxiety or depression during pregnancy or postpartum and keep an open dialogue about their concerns, she adds. Each medication has its own potential side effects and women should feel comfortable discussing these with their doctor.

Women are also encouraged to call the Postpartum Support International hotline at 800-944-4773.

Summer rite of passage or a scary proposition? For many parents, including this local mom, it's a toss up. Read on for the pros, cons and many perspectives.
Read more
Outdoors