The owner of Detroit's only bra shop tells the three main things she looks for in a maternity bra – plus lists the five best nursing bras she offers. 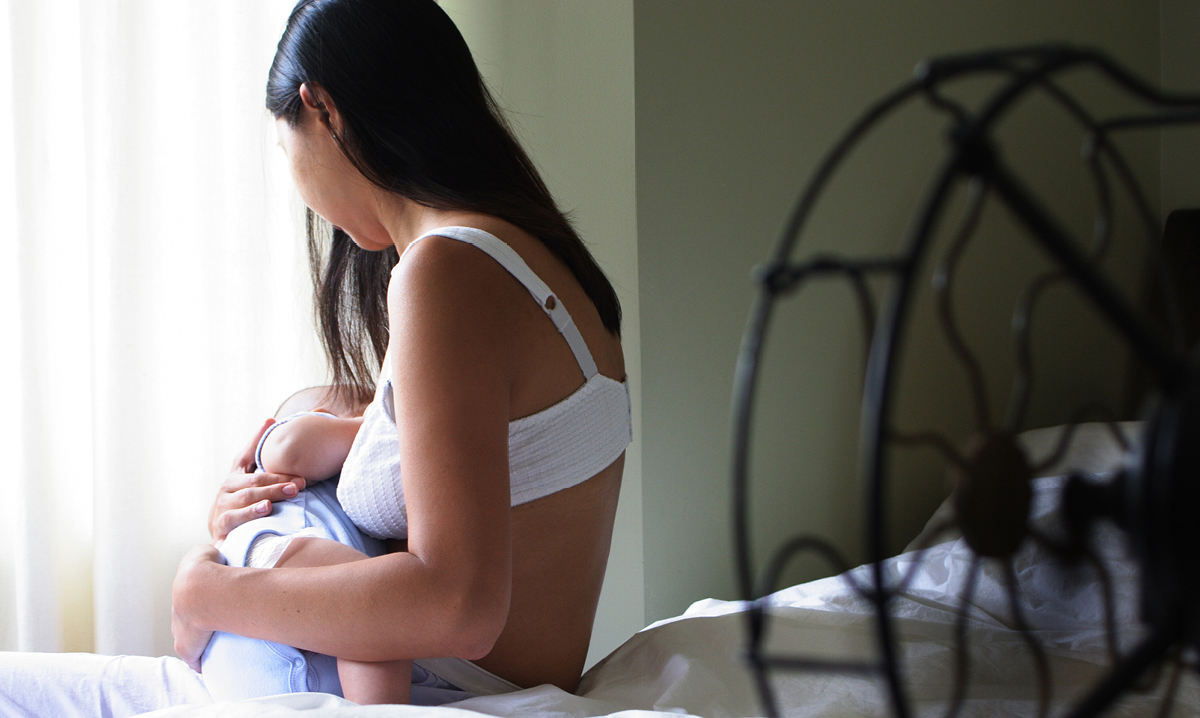 It’s not uncommon for Lee Padgett, the primary owner of the Busted Bra Shop in Detroit, to come into work and hear “Help me! I’m pregnant.”

“That’s what I hear most of the time,” Padgett says with a laugh. The 50-year-old mother says her customers come to her to find the right maternity bra, since it makes all the difference when an expectant’s mother’s body starts to change.

Padgett sells both maternity and nursing bras (as well as an extensive selection for everyday wear). She says the only real difference between the two is the clip on a nursing bra that releases the cup, allowing a mother to easily breastfeed.

“Some mothers decide to actually just buy the nursing bra instead of a separate maternity and nursing bra since the clip doesn’t affect the feel of it,” she adds.

The main things to look for when choosing either a maternity or nursing bra is a fabric that will stretch yet retain its shape, she says.

“Solely cotton isn’t actually a good choice for a bra like this,” she says. “Think of your 100 percent cotton jeans – they stretch out. We recommend a fabric blend that stretches, but breathes, too, since during pregnancy a woman’s body temperature can fluctuate so much.”

Many pregnant women look for a wider strap as well, she says, since the increased fullness and constant fluctuations can cause smaller straps to dig in.

One thing Padgett says mothers might not realize is to buy a bra with six or more rows of hooks instead of the standard three.

“Having those six rows of hooks gives you some flexibility,” she says.

Stop by either of the two Busted Bra Shop locations – in Jefferson Chalmers or Cadillac Place – to get an expert fitting and see a wide selection of nursing and maternity bras.

The Keira Bra by Goddess

The Keira Bra is a nursing bra with a clip and a few different colorways. “The color selection isn’t huge but the sizing is fantastic,” Padgett says. “It goes up to an N cup and a 46 band. It’s also affordable–$48-$50 dollars and a lot of customers rave over the fit.”

This bra does not have the clip for nursing capability, but the fabric and fit makes it a popular maternity bra. “It’s a very comfortable bra for sleeping,” she says. “Especially during the third trimester, breasts can become very painful and wake you up when sleeping if they move. Many pregnant women choose to use this one.”

“Every once in a while I run into a woman who needs more space in the upper cup and that’s when I go to this bra,” she says. “It can fit a very full breast, and when you’re pregnant your boobs change and can become more full.”

The Pure Bra by Freya

This nursing bra is made out of Spacer fabrics, which is a type of textile with two outer fabric layers connected by a layer of thread, making it cushioned as well as breathable. “Freya is an English company designed for smaller bodies and larger boobs,” she says.

The Sofie Bra by Panache

“It’s pretty and wire-free and everyone who buys it is happy with it,” she says. “Some companies do one nursing bra and it’s the only one they do and it’s great.” This bra has six clasps in order to accommodate an expectant mother as the rib cage expands.