What Are the Most Common Fertility Problems? 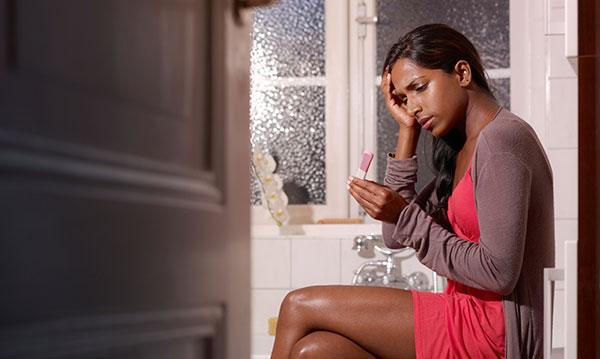 Getting pregnant happens easily for some couples but other people face major challenges trying to grow their families.

Infertility is a common problem, with about 10 percent of women in the United States having difficulty getting pregnant or staying pregnant, according to the Centers for Disease Control and Prevention.

Women under the age of 35 who have been having unprotected sex for one year without conceiving should be evaluated, says Dr. Brad Miller, a reproductive endocrinologist with Beaumont Health System in Royal Oak.

“For women that are over 35, we shorten that period of time to six months,” Miller says.

Treatments can include medications, surgery or procedures like intrauterine insemination or in vitro fertilization. It’s best for couples to seek help as soon as possible, he says.

“There is a lot of misconception out there as far as fertility treatments are expensive, it takes a long time, but in reality we do get coverage for a lot of things that we do through insurance, and some of the more conservative treatments are not expensive like the IVF route is,” Miller says. “The sooner that they come in the more likely that we’re going to be able to help them.”

Women can see their obstetrician for a basic evaluation but are usually referred to a reproductive endocrinologist for full testing.

Here’s a look at some of the most common causes of infertility, listed in no particular order.

Women with PCOS, a common cause of infertility, may notice irregular menstrual cycles or have no periods at all. They may also have excess body hair and acne and are more likely to be obese.

The condition also involves insulin resistance – not diabetes, but the stage before it, Miller says.

“There’s something wrong intrinsically within the ovaries where they’re not getting the proper signal to release a follicle each month,” he says.

“About 80 percent of patients placed on that will ovulate and (of them) about half or 40 percent will get pregnant. It is actually fairly successful in the big scheme of things,” Miller says.

One of the more common reasons for younger women to have trouble conceiving is tubal disease, Miller says. A woman’s tubes could be either blocked or not functioning properly, he says, and oftentimes women aren’t aware of the problem.

To diagnose a tubal problem, a procedure is done involving putting dye through the tubes to see whether they are open.

“If they had a history of a prior infection like pelvic inflammatory infection or a prior surgery, that would be something that would be a red flag that we really should be checking out their tubes,” Miller says.

Another common cause of infertility is endometriosis, which causes scarring on a woman’s fallopian tubes and can make the tubes nonfunctional over time.

“Some women can have a lot of pain from that and other women may have no symptoms whatsoever,” Miller says.

Diagnosed through a laparoscopy, endometriosis can usually be treated successfully to allow pregnancy to occur – unless the woman’s tubes are severely damaged.

“Most women with endometriosis, unless it’s severe, we’re able to get them pregnant,” he says.

This condition means a woman is running out of quality eggs.

“I think it’s important that all women should understand that they’re born with a finite number of eggs. They go down in number and they go down in quality,” Miller says. “With women going to college and delaying childbearing because of careers, we tend to see a lot of women coming in in their mid- to late-30s or even 40s who are ready to have children but we have found out that their prime time for getting pregnant has passed.”

Measuring certain hormone levels can offer a relative assessment of a woman’s eggs. The problem can sometimes be treated with fertility therapy like IVF. If that’s not successful, doctors might recommend an egg donor or embryo adoption, Miller says.

Men should be checked with a semen analysis when a couple is having trouble conceiving, Miller says.

“There’s a good percentage of the time that there’s a problem with the sperm,” he says.

Issues with the concentration of sperm, its motility or the shape of the sperm can prevent it from fertilizing an egg efficiently.

“Any one of those things could be an issue in not allowing the sperm to do its job,” Miller says.

A reproductive specialist’s office typically will perform a semen analysis but further evaluation would be done by a urologist. When there’s a problem, it’s sometimes possible to surgically retrieve sperm for an IVF procedure, he says.

Azoospermia is a male fertility problem in which a man has no sperm. It can be caused by a blockage or an issue with sperm production, Miller says. Blockages can usually be treated.

“The men that are not producing any sperm from the testes, usually there’s not much we can do,” Miller says.

In this case, the couple could be offered the option of donor sperm.

Sexual dysfunction issues like erectile dysfunction can also be a cause of infertility. Treatments are usually available and effective.

This occurs when a couple goes through fertility testing and no problem is identified but conception is still not occurring. It accounts for around 20 percent of Miller’s patients who are seen for infertility.

“Unexplained infertility still makes up a big chunk of our practice,” he says. “Everything seems to be in order and they’re still not getting pregnant. It’s probably an underlying subtle sperm issue or subtle egg issue that we’re not able to diagnose with current modalities.”

Not having a diagnosis can be extremely difficult for couples trying to get pregnant.

“For some it’s more frustrating than finding something wrong,” Miller says.