Intrauterine insemination is an option for couples struggling with infertility. Find out what's involved, how much it costs and how successful it can be. 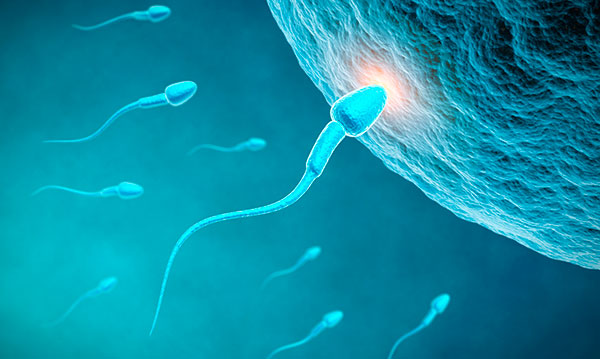 Infertility affects one in eight couples in America. While there are many possible causes, there are also a wide range of treatment options available to help make pregnancy possible for those having difficulty conceiving.

One of the most popular fertility treatments is intrauterine insemination, or IUI, says local fertility specialist Dr. Manny Singh.

What is intrauterine insemination?

IUI is a procedure that involves placing sperm inside the uterus around the time of ovulation to help facilitate fertilization.

“An intrauterine insemination is where you take a semen sample, wash it and treat it and place it inside the uterus,” says Singh, a reproductive endocrinologist at fertility center Michigan Reproductive Medicine in Bloomfield Hills. “The idea of the insemination is to wash (the semen) so that we get a high concentration of very good sperm and so then we would bypass the cervix and place it in the top part of the uterus so that the sperm don’t have much to travel to meet up with the egg.”

Washing the semen is also necessary because it removes chemicals that can cause uterine cramping, he says.

IUI is often recommended for patients who have unexplained infertility, who have at least one open fallopian tube and who have normal hormonal test results, Singh says.

“For a couple trying to achieve pregnancy for the first time under the age of 35, the success rates are about 20 to 25 percent per cycle attempt. When they pass one year then it’s a problem,” he says. “If one year has passed for a patient under 35, their success rate after one year is only one to two percent of achieving pregnancy per month. Then they can look into these other options.”

Less common reasons for considering IUI include women who have tightening of the cervix, ovulation dysfunction such as Polycystic Ovarian Syndrome or for couples who are unable to have sexual relations.

Though a variety of factors can influence the IUI success rate, Singh says the procedure is successful in producing a pregnancy about eight percent of the time – a big improvement from the one- to two-percent chance that couples with infertility would have in a normal cycle.

“And it is cumulative. Over three cycles they have up to about a 25 percent chance of achieving a pregnancy,” Singh says.

The IUI success rate goes down for women over the age of 35, he says.

Another form of intrauterine insemination is available that involves injection medications, which can offer a higher IUI success rate.

“You can go up to about 15 percent if you have a good candidate for it,” Singh says. “The problem with the injections is there’s no control of super-multiples, meaning triplets or more. The human uterus is really meant for one.”

One of the reasons IUI is so popular is its cost. While more advanced fertility treatments such as in vitro fertilization (IVF) can cost upwards of $15,000, a single IUI procedure can come in around just $350 to $500.

When you add in associated IUI cost factors including fertility medications – such as Clomid or Femara – and the required monitoring, a single cycle might add up to around $1,000-$2,000, Singh says.

Due to the lower IUI cost, many couples can afford to try several cycles of intrauterine insemination versus a treatment option like IVF, where a couple may be able to afford just one attempt.

“It is a popular option but it’s not meant for all couples,” Singh says of IUI, pointing out reasons such as a low sperm count or pelvic adhesions that would make IVF a better starting point.

In addition to medications and monitoring in advance and the collection of a semen sample from the man, the IUI process itself is a simple procedure and shouldn’t be uncomfortable, Singh says. The washed sperm sample is inserted using a small catheter and the woman only needs to rest in the office for a few minutes after the procedure, he says.

“What I usually tell them is it’s going to be similar to what you experience when you have a pap smear,” Singh says. “It’s not tremendously uncomfortable. Most of the time it’s just a straightforward procedure.”

Patients are often encouraged to consider IVF after three or four unsuccessful IUI procedures, however Singh points out that this is a discussion best left for patients and their doctors.

Hanukkah celebrations are going to look different this year as families stay home and safe, but you can still make the most of it with the crafts, recipes and events in our at-home Hanukkah Guide.
Read more
MESP

See a replica of one of the world’s most incredible discoveries will leave little ones with the memory of a T.rex roar and the smell of dinosaur breath.
Read more
Healing Haven